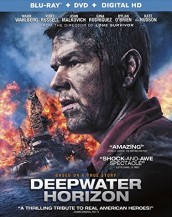 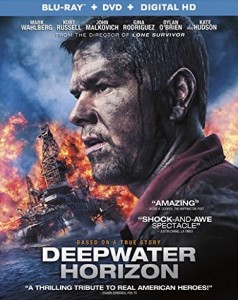 DEEPWATER HORIZON – A pretty good action thriller about the well-publicized explosion that happened on a deep sea oil rig known as Deepwater Horizon. Led by an impressive cast including Mark Wahlberg, John Malkovich and Kurt Russell, it does a good job of balancing the action with how the oil companies treat their employees and their property and how it really is about the bottom line. But it also does a good job of tackling the human spirit and how people can do incredible things and perform heroic acts when called upon. The cool thing about DEEPWATER HORIZON beyond just the strong characters that are well built upon is the attention to details in the set and making an oil rig with working parts, which helps in the rising danger as things begin to go bad in what continues to be the worst environmental disaster in history. 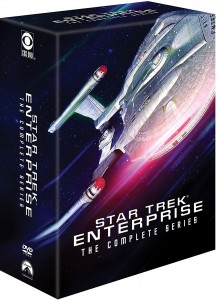 STAR TREK: ENTERPRISE – THE COMPLETE SERIES – Just in time for the new series that will take place roughly about the same time period as ENTERPRISE, this is the complete series of what is arguably considered the worst of all the STAR TREK television series. Now some 16 years old, you can revisit the series with a brand new cut of the film using the latest technologies and available for the first time in high definition Blu-ray. While some of the episodes are indeed batsh** crazy, it does a really good job of showing the very early days of Starfleet and what they had to deal with as well as what they accomplished years before Jim Kirk ever set foot on a starship. Plus it is now available on digital and they included more extras such as cast interviews, behind-the-scenes and more as well as legacy special features from past releases. 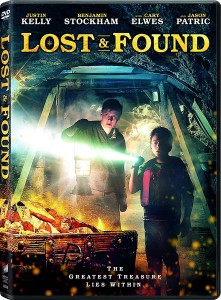 LOST & FOUND – A decent adventure flick about two brothers that investigate their late grandfather’s crazy island that may or may not be filled with riches. Another group wants the money as well and are searching on the island for their own gain. A film more about family than anything else, it is a good adventure however it is a Hallmark Channel film. I say this only to take the good with the bad as in there aren’t really any adult themes here so don’t expect it to be crazy action but a decent enough movie teens will enjoy it. 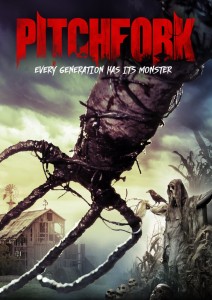 PITCHFORK – Your typical churn-and-burn slasher trying to make itself different with a variety of music video type wide angle shots and almost-flashmob mentality cinematography but ends up more vaporware than anything with a slew of stereotypical millennials (with race appropriate backgrounds) all getting dispatched by a pitchfork-armed dude without any backstory or setup. We get to know nothing about anyone in this film. And maybe that’s OK because they are all short-lived anyway but at least a bit of character development might make us want to care they are getting murdered in evil ways. Instead we are left to shrug our shoulders and shake our heads at the stupidity that only can be found in a poorly made slasher. Now, PITCHFORK looks good. It sounds good. Has a pretty cast (naturally). But devoid of anything that would make it anything other than another log on the dumpster fire of bad slashers. PITCHFORK is actually in select theaters currently and on video on-demand.