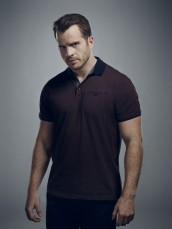 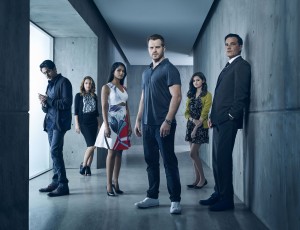 In Fox Network’s new series SECOND CHANCE, Fridays at 9 PM, an old soul gets to inhabit a new body, but the resurrection is a feat of technology, not the supernatural. When aging former sheriff Jimmy Pritchard (Philip Baker Hall) is murdered while investigating a conspiracy that threatens his police detective son Duval (Tim DeKay), his death is disguised as a suicide. Jimmy’s body is recovered and rejuvenated to its thirty-something state (now played by Rob Kazinsky) by tech billionaire Otto Goodwin (Adhir Kalyan). Otto needs a constant, fresh supply of Jimmy’s rare cell type to keep Otto’s ailing sister Mary (Dilshad Vadsaria) alive. Jimmy is tied to the Goodwins by his new medical needs, but he’s still bent on going his own way and determined to protect Duval, who is considerably nonplused when he finds out the true identity of this apparent stranger.

The SECOND CHANCE series is created by Rand Ravich, who also created the TV series LIFE, starring Damian Lewis, and CRISIS. His fellow executive producers on the new show are Howard Gordon and Brad Turner.

AX: How long have you been working on SECOND CHANCE, in all its versions?

RAND RAVICH: I always say it’s been generating for a few years inchoately. I’ve always wanted to tell this story. But it’s been in development from about a summer and a half ago. The story never changed – the title kept changing.

AX: At one time, FRANKSTEIN was in the title. When it stopped being FRANKENSTEIN, was it because of Frankenstein existing as a character on PENNY DREADFUL and FRANKENSTEIN CHRONICLES?

AX: How did you and your fellow executive producer Howard Gordon wind up together?

RAVICH: I’ve always been a fan of his, and we had a deal on the [Fox] lot, we’ve always wanted to work together, we kicked around a bunch of ideas and this one came up. Being men of a certain age, the idea of looking like that was very appealing to us, and we couldn’t let it go.

AX: How does Philip Baker Hall feel about the idea of being that man of a certain age who physically becomes his younger self?

RAVICH: He’s a real actor. He’s so deep and so emotional and so human, he played who he was, and he realizes who he is, and he was great about it, he really was. They have a great scene together, by the way, in Episode Five. There’s a fantastic scene where the two Pritchards meet in a kind of luminal space. It’s hysterical.

AX: When you first conceived of this, did you realize there were going to be quite so many moving parts and layers?

RAVICH: No, I did not, to be honest with you. It was such a fruitful idea. I knew that it was going to take place in two worlds – the world of him in the streets and the world of technology, and I didn’t realize they would branch off into so many different directions. Happily, around Episode Six, it does all start dovetailing together, and so they all do collide in the first season.

AX: Did Fox ask you to make your main characters police to give it that procedural element, or did you just decide on that early on?

AX: In casting, did you have any thoughts about Tim DeKay having just played an FBI agent for multiple years on WHITE COLLAR?

RAVICH: Not at all. He came in – he expressed interest. [We felt], “That is Duval.” He is such a human being. The FBI part was the least of it. It was humanness. He is a good dad, he’s a good son, and that’s what the audience is going to relate to.

AX: How much, if any, research did you do into the actual science of regeneration, such as it is at present?

RAVICH: There is a lot of, not regeneration, but life extension, and also in the medical field, of freezing bodies so you can operate on them. There was some research. The social media technology is definitely here; this technology is very day after tomorrow, all grounded, but definitely out there.

AX: Does making Otto and Mary in charge of this massive social media company give you a chance to have any sort of social media humor or comments?

RAVICH: Oh, absolutely. They live in a different world, the millennials. There’s no privacy. Everything is online, everything is exposed. It’s thrilling and very funny.

AX: With Adhir Kalyan and Dilshad Vadsaria as, respectively, Otto and Mary Goodwin, is that colorblind casting, or does their ethnicity as Indians play a part in the story?

RAVICH: Their ethnicity very much plays a part in specifically the transmigration of the soul. The soul is trapped in a body and it can move beyond the body in Hinduism, and that is at the core of their religious beliefs, that is what they’ve done here, and I think it will come back to haunt them, their ethnicity, their spirituality, their religion comes back very strongly at the end of the first season.

AX: So their characters are Hindu?

AX: When did that come into it, when you thought, “Wouldn’t it be interesting if we brought in a different philosophy about this?”

RAVICH: You know, in my first show, LIFE, there was a lot of Zen, and I’m very involved in and interested in that, in the transmigration of the soul, in what it is to be a human, in what it is to be shackled in this body, and when we talked about bringing in Philip Baker Hall’s [character’s] soul into this body, that came into it right away, that the dovetailing of science and religion are right there in the bottom of Hinduism, and they were perfect for that.

AX: Even though the older Jimmy wasn’t looking to get healthier or to feel better, it does seem like he’s excessively resentful over having all of his physical problems fixed. Most people would react with, “Well, thank you very much.”

RAVICH: You know what? That’s who Philip Baker Hall is. That’s like when you try to do something for that gruff old man, [he says], “I didn’t f***ing ask you to do it.” Deep down, he knows it’s for his own good. It’s the “I didn’t ask you,” which is the shell, which is how he protects himself from true emotions, and they all break through that. And it’s just a defense mechanism of, even though you’ve been given the greatest gift, you grouse about that. So that’s his character to the core – I’m glad you identified it, that is totally our story. It’s a defense mechanism, and Mary and Duval will break it down over the course of the first season.

AX: Does Jimmy’s adult daughter see him, not know who he is and think, “Hey, cute guy”?

RAVICH: Well, that joke we play on to its fullest, yes. But the thing is, her old boyfriend comes back very soon in a later episode, and was the man that Pritchard threw out of the house, and now he’s back, so we play the daughter’s lack of knowledge a little further.

AX: And what would you most like people to know about SECOND CHANCE?

RAVICH: I would most like people to know that it is thrilling, but it is funny, and it is very emotional.

This interview was conducted during Fox Network’s portion of the Television Critics Association January 2016 press tour.