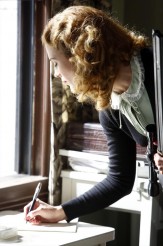 © 2015 ABC/Adam Rose
Bridget Regan stars as Dottie, an agent of Leviathan in MARVEL'S AGENT CARTER A Sin to Err 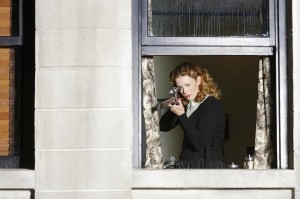 Bridget Regan stars as Dottie, an agent of Leviathan in MARVEL'S AGENT CARTER "A Sin to Err" | © 2015 ABC/Adam Rose

As we reach the final run of the first season (and hopefully not the last) of MARVEL’S AGENT CARTER, “A Sin to Err” did a good job of bringing everything together for the final two episodes.

The crux of the episode dealt with the revelation to SSR that Agent Carter (Hayley Atwell) isn’t who she has appeared to be to the organization after Sousa (Enver Gjokaj) discovers she was the one at the party with the blonde wig as well as the woman who has been helping out Howard Stark (Dominic Cooper). This sends the entire SSR after her and after teaming up with Jarvis again (James D’Arcy) she manages to elude the SSR after beating up a nice handful of them including Agent Thompson (Chad Michael Murray).

But this was secondary to what is really going on in the show with Leviathan. Not only is Dottie (Bridget Regan) one of the Soviet assassin girls that showed off her prowess in a variety of ways before this episode (evil Black Widow if you will), but Dr. Ivchenko (Ralph Brown), who they brought back from Russia in the previous episode, is one of the leaders of Leviathan. He also has a pretty cool way of hypnotizing people to do his bidding, as one of the poor SSR agent found out. What does Leviathan want? Stark’s technology of course, which happens to be located inside of SSR headquarters.

Peggy tries to recover the blood of Captain America that she got on a mission from Stark in order to protect it from Leviathan – where she also uncovers it was one of Stark’s many womanly conquests that got him involved in the beginning. But on the run from SSR, she doesn’t have time to figure out that Dottie is on the wrong side and she drugs Peggy and almost kills her before SSR sweeps in to save her (but take her into custody).

It’s too bad because I would have loved to see a knock down drag out fight between Peggy and Dottie but hopefully we’ll get that in one of the final episodes.

Things are definitely starting to take shape on AGENT CARTER and unlike the first season of MARVEL’S AGENT OF SHIELD they have kept this show very tight and on mark from the very beginning and hopefully it will end in this way as well.