Home » Dancing with the stars recap 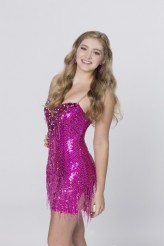 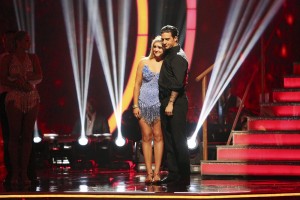 There is only one thing to say about tonight’s DANCING WITH THE STARS show – it was devastating, especially for Willow Shields & Mark Ballas who were prematurely ejected out at just week seven. The irony of it all is that after a dance off they were the highest scoring couple of the night. This is reminiscent of a prior shocker years ago also involving Ballas when he and partner Sabrina Bryan – said to be the front runner – were eliminated in week seven as well. The result was the biggest shocker so far of the 2oth season but the true loss came when this girl, all of 14, got her heart broken on national television.

Meanwhile, Ballas’ buddy Derek Hough had to sit out due to a broken toe and a sprained ankle from an injury last week. However, pro dancer Sasha Farber stepped in and danced Hough’s partner Nastia Liukin to the top of the leader board, granting her  immunity from elimination. Army vet Noah Galloway received his best numbers yet landing he and partner Sharna Burgess the third place slot until after the dance off which moved them up to second. Rumer Willis & Val Chmerkovskiy ended the night tied for third with Riker Lynch & Allison Holker with 37 points. Robert Herjavec & Kym Johnson and Chris Soules & Witney Carsen tied for last for the night with 31 points.

Chris Soules (The Bachelor) and his partner Witney Carson
He sold it! Goodman called him the underdog. Hough said his Foxtrot was awesome. Inaba said he has momentum. Tonioli said he was turning into a dancer.
Scores: Inaba –8, Goodman – 7, Tonioli – 8,  Hough –  8, Harland – 8

Noah Galloway (War Vet) and his partner Sharna Burgess
His best! Inaba shouted , “That was insane!” Goodman said his 70s Jazz was strong and clean. Hough said it was the most fun. Tonioli said it was so cool it gave him chills.
Scores: Inaba – 10, Goodman – 8, Tonioli – 9, Hough – 9, Harland – 9

Robert Herjavec (Shark Tank host) and his partner Kym Johnson
Lifts were weak but the dance was hot! Inaba said his partner was too much for him. Goodman said his dance was up this week. Hough said well done. Tonioli called his Argentine Tango a grab for everything.
Scores: Inaba – 7, Goodman – 8, Tonioli – 8, Hough – 8, Harland – 8

Rumer Willis (actress) and her partner Valentin Chmerkovskiy
Spunky. Inaba called her 60s Jive safe. Goodman said she had a nice technique. Hough said she wanted her to do amazing. Tonioli called her the all American girl.
Scores: Inaba – 8, Goodman – 9, Tonioli – 9, Hough – 9, Harland – 9

Riker Lynch (actor) and his partner Allison Holker
Solid! Inaba called his Quickstep fantastic. Goodman said he went all the way home with it. Hough said he is so innovative. Tonioli  said he was twinkle toes on a field of dreams.
Scores: Inaba – 9, Goodman – 10, Tonioli – 9, Hough – 9, Harland – 9