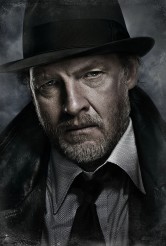 The actor hints at what is coming on the Fox series 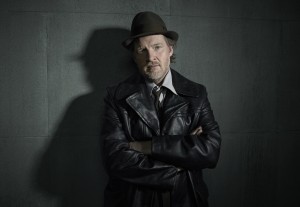 Fox is throwing a party at the Pasadena Langham Hotel for its shows and the Television Critics Association. The GOTHAM cast and creative team are celebrating the announcement, made earlier in the day, that they’ve been picked up for a second season. Fox is currently running the first season Mondays at 8 PM.

AX: Do you feel that the relationship between Harvey and Jim has altered, given recent events?

DONAL LOGUE: I think it altered pretty quickly in the pilot. I always feel like [Harvey] is on [Jim’s] side. [Harvey] got pissed off about Penguin stuff, the betrayal, but yeah, it goes back and forth. It’s in flux, but I think it’s generally always positive.

AX: And what would you most like people to know about GOTHAM right now?

LOGUE: Anyone watching GOTHAM knows as much of what’s coming as me. I might be just a couple of episodes ahead, because we filmed a few more, but I’m excited to see what’s coming down the pike. I do know that some big, bad DC villains are coming, which will excite fans of the show and fans of DC Comics.