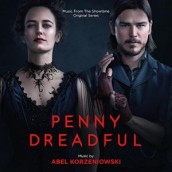 Two TV chillers invite us to their atmospherically scored nightmares 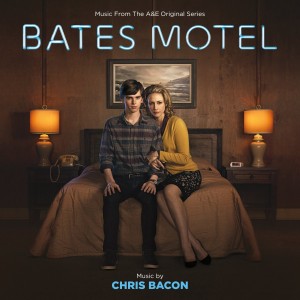 Two cable hits have been busy re-inventing everyone’s favorite Mama’s boy and band of Edwardian monster hunters. But leave it to Chris Bacon and Abel Korzeniowski to make these often horrific exploits go down with orchestral elegance. For Bacon, it’s realizing that melodic empathy is the room key to loving Norman Bates as much as his mom, tenderness that suffuses his often beautiful, lush score to BATES MOTEL. Yet the spirit of Bernard Herrmann certainly inhabits this abode, not in stormily gothic (or stabbing) violins, but in BATES‘ long, drifting string lines and sympathetic piano. While there’s effectively uptempo percussion, stalking horror-score sample effects, and even some villainous country guitar to suit BATES‘ modern-day CW-style reboot for A&E. It’s Bacon’s exceptional, intimate orchestral writing that stands out, showing his time working with James Newton Howard on the likes of KING KONG and LADY IN THE WATER as very well-spent in creating a solo career with such other noteworthy efforts as SOURCE CODE. Bacon’s stay at THE BATES MOTEL (with this album representing the first season) continues to open intriguing musical doors that capture a horror “hero” in the making, one who’s as romantic as he is potentially terrifying.

There’s a deep sense of melancholy that runs through the bloodline of Polish composers, which makes horror scores by the likes of Wojciech Kilar (DRACULA) and Jan A.P. Kaczmarek (LOST SOULS) as sad as they are chilling. Now after his beautiful, romantically foreboding scores for the likes of A SINGLE MAN and ROMEO AND JULIET, Abel Korzeniowski gets to bring about sympathy for the devils, a rogues gallery that includes the vampires, werewolves and undead creations that clash in the alleys of fog-filled, turn-of-the-century London. But where the title PENNY DREADFUL might be a play on the gore-filled pulps of that era, Korzeniowski’s music is anything but lurid. With violins slashing out the main theme melody, Korzeniowski fills these cobblestone streets with gloomily gorgeous passion. It’s scoring that works as much for costume drama as it does unholy, bodice-ripping passion, lacking none of the lush, sweeping orchestrations that have made Korzeniowski one of Hollywood’s most promising melodists. While most certainly having its own fearsomely romantic face, PENNY DREADFUL also stands as a kissing cousin to his countrymen’s angst-filled work in the genre, and Kilar’s seminal DRACULA score in particular in conveying a damned sense of longing, his strings becoming the creeping talons of unholy fat, which often go for the jugular. There’s real, beautifully haunted poetry in the episodic pages of PENNY DREADFUL that’s possessed with his country’s sad classical spirit, as well as the kind of lush, thematic lighting that Hollywood has been imbuing it creature prototypes with since the days when Franz Waxman’s electrified the Bride of Frankenstein. The fact that Korzeniowski’s resurrected a bunch of her pals as well says much about the unholy melodic elixir he’s conjured for Showtime.

Click on the link to Purchase the BATES MOTEL soundtrack

Click on the link to Purchase the PENNY DREADFUL soundtrack