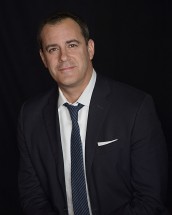 He also chats about the evolution of EPISODES 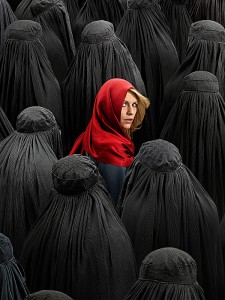 Showtime has a lot going on with renewals for HOMELAND (currently in its fourth season Sundays at 9 PM) and THE AFFAIR (currently in its first season Sundays at 10), plus the fourth seasons of EPISODES and HOUSE OF LIES, both returning in January, and the impending second season of PENNY DREADFUL, to name a few of the premium network’s more popular shows.

Showtime President David Nevins attends a Q&A session for the Television Critics Association. During this, he puts to bed one persistent Internet rumor – no, Showtime executives did not pressure the DEXTER show runners to keep the protagonist alive at the end of the series. “It was never even discussed with me. No one pitched the idea of killing Dexter. The only one who wanted to die was David Duchovny [as the character of Hank Moody on CALIFORNICATION, which ended its seven-season run earlier this year]. Maybe half-facetiously, but he always thought Hank Moody should go out in a blaze of glory. But neither Michael [C. Hall, who played Dexter] nor the producers ever thought that was the appropriate ending, that Dexter should die. Honestly, it was never discussed.”

So does this mean Showtime might come back to the character of Dexter at some point? “It’s always a possibility. Worked for Jack Bauer. Worked for the Bluth family.”

ASSIGNMENT X: How do you see EPISODES changing?

DAVID NEVINS: A lot of the first season was about establishing the premise. It [has become] a really great ensemble comedy that goes way beyond the premise of just two British writers coming to America. I like the ensemble-ness of it. It’s not going to be fundamentally guest-star-driven. It’s an ensemble comedy and you get to know the personal lives of some of the executives, the head of comedy, all those characters come alive.

AX: Do you think the fact that it’s on cable has helped EPISODES, when some broadcast series about show business have not lasted as long?

NEVINS: Yeah, I think we get greater leeway.

AX: With HOUSE OF LIES, are your in-house publicists saying, “You’re making us look like terrible people”?

AX: Did the initial reaction to HOMELAND take you off-guard?

NEVINS: A little bit. I had this idea when I was reading the very first script that there were things to write about, that this was a show that could kind of be one of those shows that gets off the TV pages, but didn’t expect it to be that. It’s a show that clearly resonated with people. This is a show that is watched in the highest places in Washington. It’s a show that has had – between the triangle of Washington, New York and Hollywood, it’s been particularly resonant and then we’ve got the President and he’s watching the show and the White House has asked for extra copies [laughs] and I heard from somebody that some generals – the Army has been looking at the show. You like to do shows that resonate widely. That has slightly caught me by surprise that it’s gotten bigger.

AX: Are the government people enjoying HOMELAND purely as fiction, or is there anything tactical that they’re actually talking about?

NEVINS: I assume they know the difference [laughs].

AX: Is there anything else you’d like to say about Showtime right now?

NEVINS: No, I don’t have any blanket statements. THE AFFAIR has a great sort of [range of response] – it’s interesting to watch with your spouse, with your boyfriend, with your girlfriend, and it feels like people are starting to catch on to the multiple perspectives and the mystery of what’s really going on. So I think that’s great, and HOMELAND [is] great in that sense of, it’s very different than it was before in a really good way.

Related: Jeffrey Reiner gets cozy in THE AFFAIR – exclusive interview