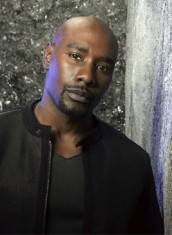 The actor talks Season 1 of the new TNT show, plus BEST MAN HOLIDAY 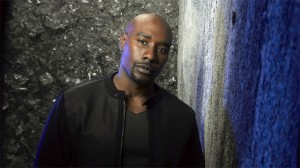 In TNT’s new series LEGENDS, Wednesdays at 9 PM, Sean Bean stars as Martin Odum, an FBI agent whose long-term deep-cover assignments call for complex false identities known as “legends.” Morris Chestnut costars as FBI agent Tony Rice, who is with the division of transportation security. Due to some security camera footage, and because the higher-ups don’t want to “out” Martin, Tony believes Martin may have stabbed a man to death on a train platform and breaks the rules to investigate the truth.

Chestnut’s most recent feature film outing, 2013’s THE BEST MAN HOLIDAY, saw the Southern California-born actor reprising his role as Lance Sullivan from 1999’s THE BEST MAN. The sequel was such a box office hit that a third film in the series, THE BEST MAN WEDDING, has been announced. As a youth, Chestnut got his big break as the lead in 1991’s BOYZ N THE HOOD. Subsequent projects have included the films LADDER 49, THE PERFECT HOLIDAY, THINK LIKE A MAN, IDENTITY THIEF and THE CALL and regular roles in the V remake and NURSE JACKIE.

Chestnut is at TNT’s LEGENDS Q&A session for the Television Critics Association press tour. Afterwards, he remains for some follow-up revelations. During this, LEGENDS executive producer/show runner David Wilcox joins the discussion.

AX: How did you become involved with LEGENDS?

MORRIS CHESTNUT: I met with Michael Wright, the head of TNT, and Richard Feinberg, the head of casting, because I wanted to work with the network. I loved THE CLOSER, I love MAJOR CRIMES, RIZZOLI & ISLES – I loved all their shows, so I wanted to work with them. So I basically went in there and begged them for a job, and they said they had this show – “You might be right for it.” They showed me the pilot, I said, “I love the show,” and they brought me on.

AX: Now, is it correct that your character Tony Rice is within the FBI, but not within the same division as Martin Odum?

CHESTNUT: Correct. The way the show started out, I’m not in with the team on the DCO [the division that supervises Martin Odum’s undercover operations]. And then by Episode Four, it was a transition. So in stuff that you guys haven’t seen yet, I will be with the quote-unquote team. I think by Episode Three or Four, a few things happen where I start believing in him a little bit and it’s like, “Okay, I can’t suspect him any more, because some other stuff happened.”

AX: Can you explain exactly what Tony’s job is, initially? Is he with the part of the FBI that makes sure no one is putting bombs on trains and planes?

CHESTNUT: Right. Any type of crime that happens on any type of subway, any type of bus, any type of transportation within Los Angeles, it comes to my office and I have to investigate it. That’s how it opens up.

AX: You’ve played a number of law enforcement people before, so this is not entirely new territory for you …

AX: Is there anything new for you about this character?

AX: Do the actors get to suggest identities? Do you get to go in the writers’ room and say, “You know, I’d really like to go undercover as a bugle player”?

CHESTNUT: [laughs] As of this season, scripts have been coming pretty fast and furious, so our heads have been spinning, because we’re just getting used to everything and everybody, so I haven’t been personally in the writers’ room. Maybe Sean has, but I haven’t.

AX: Do you get to decide how you’re going to play the different undercover identities?

CHESTNUT: We get to decide our input, but from the time that they give us the script, we have to act pretty quickly to determine what we want to do. They provide us with the landscape, the material. We have to figure out how to shape it and how to form it.

AX: How far away from your base persona do you get? Do you do different accents?

CHESTNUT: I haven’t yet, because I haven’t had an [elaborate] legend yet, but they tell me it’s coming. Even when I’m undercover, I haven’t really assumed a legend as of yet. Sean is the one that’s really doing that right now.

AX: Have you gotten to do anything major physically, like roll around on the subway tracks?

CHESTNUT: [laughs] My character’s got into a couple of fights – nothing really harrowing yet.

DAVID WILCOX: The ink’s still wet on the pages. Tomorrow, he’s shooting – your car flips over.

CHESTNUT: Right, the car flips over. I’m really getting into it, because I’m really psyched – what’s up with this dude?

AX: How much of that kind of thing do they let you do? Do they strap you into the car upside-down?

WILCOX: And you kill it.

AX: You’re also having a good season at the box office …

CHESTNUT: Yes. I’m very excited about that. BEST MAN HOLIDAY did well, and Malcolm Lee, our director, he just turned in a version [of the script] for the next movie, the next installment of that, so hopefully we’re doing that soon and I’ll be starting a movie at the end of this month, so yeah, things are going well. I can’t complain.

AX: Was doing BEST MAN HOLIDAY kind of like a high school class reunion, since you’d all made the first movie together?

CHESTNUT: That was definitely like a reunion, because we see each other throughout the years, but we haven’t hung with each other throughout the years. And it was definitely an opportunity to come back and rekindle all the friendships and relationships and just to remember exactly what we were doing back when we did the first one. So it was great.

CHESTNUT: Absolutely. Let me knock on wood. I’m pretty fortunate right now in my career. I really do enjoy the variety of characters and the array of emotions, feelings and all that stuff I get to play.

AX: Is there anything else you’d like to say about LEGENDS right now?

CHESTNUT: I would think that LEGENDS is going to be this addictive type of show that once people start watching it, they don’t want to turn away. I’m excited about doing the show, I enjoy all of the actors that I work with, the writers, the environment’s a supreme environment that I just love being around, so hopefully, the audience will love watching it as much as I love being in it.