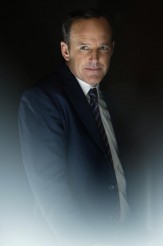 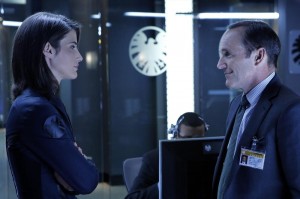 So THE AVENGERS happened.

Obviously, that’s the understatement of the century considering it stands as one of the highest grossing movies of all time and launched a whole new generations to the characters that so many of us have already known and loved for many years.

Now comes MARVEL’S AGENTS OF SHIELD, a television sequel to the film that gave us a deeper insight into the secret organization S.H.I.E.L.D. that keeps the peace among the super powered people that are growing on Earth. Yes, Shield was shown numerous times in other Marvel films leading up to THE AVENGERS but it was that film that really gave us not just Maria Hill (Colbie Smulders) but inside peak to the entire organization.

What better way to follow up the blockbuster movie than a continuation of a look inside how Shield operates than a weekly series? And that’s what the “Pilot” episode gives us. Written and directed by Joss Whedon (who directed AVENGERS), the opening episode really is a slick presentation filled with enough action, wit and interesting new and previously introduced characters that the viewer gets sucked in immediately.

Clark Gregg reprises his role as Agent Coulson – interesting as he died in AVENGERS but they explain it right away as he was near death but survived (although it is hinted at that he may not have actually lived and he’s either a clone or another person or maybe a Skrull, who knows at this point) – and he’s a home run in this character. He brings the glue to all the new characters and is a great rallying point for creating this team of agents that are brought together to seek out and help emerging super powered heroes (or villains).

Maria Hill is also back but at least in the “Pilot” she is more a reserve player. Hopefully in future episodes we will see her take a more active role as she was so great in AVENGERS and would be another character fans will identify with and make this series more appealing.

There is a lot of good quality nods to Marvel lore in highlighting quotes from other Marvel films, obscure references to things such as Project Pegasus and naturally all of the previous works in the cinematic Marvel universe (Thor, Captain America, Iron Man, the battle of New York that was part of THE AVENGERS).

I’m not sure how the introduction of the hacker Skye (Chloe Bennet) will pan out as she seems more comedic relief, which is already in place with Coulson, but she is definitely eye candy and hopefully her character will get more meat to it in future episodes and get fleshed out.

However, this is a great start to what could be a blockbuster of a series that could catapult Marvel (as well as Disney and ABC) into a whole new realm of entertainment on the small screen. And this series has the potential to be really, really good. But more Colbie Smulders please.