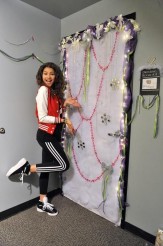 ©Disney Channel/Eric McCandless
Zendaya in SHAKE IT UP -
Interviews

The young actress loves her fans 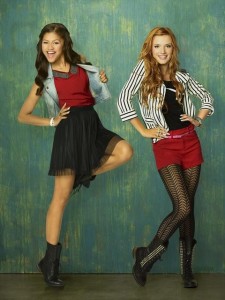 Zendaya stars as Rocky Blue, along with Bella Thorne, who stars as CeCe Jones on the hit Disney Channel Show SHAKE IT UP. SHAKE IT UP is about two young girls whose dream is to dance. Getting a job on the dance show SHAKE IT UP they find their dream has come true.

ASSIGNMENT X sat down recently with Zendaya to talk about the show.

ASSIGNMENT X: What do you like about SHAKE IT UP?

ZENDAYA: I like the fact, especially this season that we are getting into real issues. Real issues that teenage girls and families and people all over the world have to deal with. And it’s really nice to see that Rocky and CeCe are not perfect, they have problems. They go through the same things that everyone else goes through and they have to deal with them.  I like that it makes our characters real and more relatable to everyone out there.

AX: Are you recognize more now when you out?

ZENDAYA: Oh yeah, definitely. I love it. I love meeting my fans. That’s the best part.

ZENDAYA: I actually have a lot of fun fan encounters. There’s been times when I’ve been at amusements parks and kids cry. It’s amazing. I think everywhere I go that every encounter with a fan is special. Every single fan is special. I always try my best to see as many as possible even when I’m trying to rush or go somewhere I try to stop and make sure I do that as that is why I am doing this. They are why I have my job and while I’m able to do it.

AX: Davis (Cleveland) character (Flynn Jones) is like the comic on the show?

ZENDAYA: He is just like that character. Honestly, Davis I’m 100% convinced that he is not 10 years old. There is like a little 30-year-old man stuck inside of him. (Laughs) I hang out with him like a teenager and any of my other friends and he is so smart. He is so beyond his years and it’s actually pretty astounding to me because he is so smart. I love being around him because he is such a cool kid!

AX: You and Bella (Thorne) did that one song in the fashion video (FASHION IS MY KRYPTONITE) where you act like models. Have you ever done modeling, as you’re tall enough to do runway work? Did you like wearing all those clothes?

ZENDAYA: I loved it. I’m a tomboy honestly and I hate wearing dresses and dressing up. I’m like ugh I’d rather stay home and be in sweatpants all day, but when it comes down to girly stuff I can get really girly. And I love girly stuff, so it’s kind of weird. I have my girly moments and I have my tomboy moments. That was definitely a girly moment of mine where I was like ‘I feel fabulous!’ I was just twirling around and having a great time.