The actors talk their auditions and their favorite WAREHOUSE moments 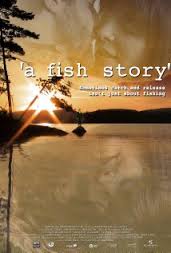 WAREHOUSE 13 returns Monday April 29 at 10 PM for the second half of its fourth season. The title location is the thirteenth warehouse, a repository of artifacts with hidden powers, many of which could cause an apocalypse in the hands of the wrong person. Case in point: the innocuous-looking flower that has unleashed a worldwide pandemic that will start killing people within the day unless our heroes can find another artifact to stop the plague.

The current warehouse falls under the purview of the U.S. Secret Service. Eddie McClintock and Joanne Kelly star, respectively, as Warehouse Agents Pete Lattimer and Myka Bering. Interviewed together, the two performers seem to emulate their characters’ partnership, teasing each other, finishing each other’s sentences, even interviewing one another at times.

McClintock resumes, “Who’s our stunt [coordinator on WAREHOUSE 13]. It’s funny, because four years ago, when we started this, Matt goes, “You know, my friend has this movie script and I’d love to cast you in it, but they’re looking for stars.” And I go, “Look, when everyone else has passed and you get to the bottom of the list, I’ll be waiting.” And then last year, he called me and he goes, “Guess what?” I’m like, “What?” He goes, “We’re at the bottom of the list.” He laughs. “So then I got to go off and do this great film that is a labor of love. It is as far a departure from Pete Lattimer as I can get. I mean, it’s a tear-jerker family film, heartbreaker. We’re pretty proud of it – it’s pretty cool.”

Kelly is a native of Newfoundland, Canada with a background in Shakespeare on stage and TV credits that include SLINGS AND ARROWS, VANISHED, JEREMIAH and a recurring role on THE DRESDEN FILES. McClintock hails from Canton, Ohio and was in the feature film THE SWEETEST THING; his television work includes series regular gigs on HOLDING THE BABY, A.U.S.A., STARK RAVING MAD and CRUMBS, plus recurring gigs on NED AND STACEY, DESPERATE HOUSEWIVES and BONES.

The two met while auditioning for WAREHOUSE 13. Paired up together, one of them fumbled a line reading, which caused McClintock to moonwalk, which prompted Kelly to smack him – which prompted the producers to cast both of them. 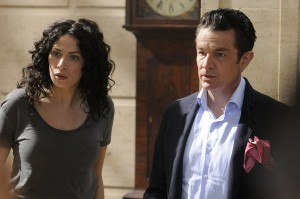 EDDIE McCLINTOCK: They were doing what’s called a mix-and-match, obviously, right? So you’d have eight Petes and eight Mykas, and they were going through and mixing and matching, and after lunchtime, they had released a bunch of people –

JOANNE KELLY: Which they usually don’t do –

McCLINTOCK: And that’s heart-wrenching. And I was like, “Oh, I haven’t gone with that girl [indicates Kelly] yet, she must not be very good.”

KELLY: I thought the same thing – “He must suck. He must not be a very good actor.” It’s such an intense experience, testing [auditioning] –

KELLY: Yeah, on like everything I’ve ever done in my entire life. I wouldn’t wish it on my worst enemy.: It’s really hard. But when we went in that room, when we joked around, everyone was, “We can see the chemistry.” And it was like that right off the start. It just made it very easy for me to clock into his deal for me.

McCLINTOCK:Initially, Pete was written to be very serious. The pilot itself is written to be pretty serious. The one comic beat where [Myka is] pulling me from the burning car, and I go, “Wait! Wait” and [Myka says], “What?” and Pete goes, “You’re giving me a wedgie.” That was really the only comic beat in the pilot. When I showed up to the audition initially, I always try to find something funny in there – I won’t do it unless it works for me, but [one of the producers] actually said to me,  “I wasn’t going to move you along in the [audition] process, because I didn’t think you were right tonally for the show. I thought your audition was very entertaining, but I just didn’t think it was right for the show.” I think when we did that beat where Artie [the warehouse curator, played by Saul Rubinek] says, “I made cookies,” and Pete goes [excited], “Oh!”, I think that’s when things started to change for Pete. Because I remember the director at that time said, “Eh, do a couple like that [playfully], but let’s do some straight.” So we didn’t know whether it was going to be a comedy or a drama. 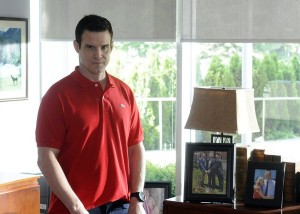 KELLY: I still think we don’t quite know. That’s what I like about our show – it’s constantly a surprise. We get to explore comedic aspects and dramatic aspects. We walk a very fine line at times. With actors, it’s a gift that we in the same scene get to do something slapstick, and then by the end, have a very dramatic, emotional beat. And I really think it’s one of the only shows I’ve seen on television that kind of rides that line as finely as we do.

McCLINTOCK: Yeah. And being able to pull it off, and the fans go along with it. They expect that.

KELLY: It doesn’t throw them.

AX: Did it take you and/or the writers time to find out how Myka was funny?

KELLY: Absolutely. I think I’m still finding that out. You know, it’s hard to have a typical straight man and funny guy combo. It’s hard to play the straight person. In the last five seasons, I think we’ve got to really explore more dimensions of her. We get to see her open up. She finally has people in her life who she loves, and I think that changes us. We see this kind of uptight control freak mellow out and start to play with everyone, and I think we’re still continuing down that road, but Jack [Kenny, executive producer and show runner]] really pushed me in that direction as well. I really liked her completely uptight. A lot of people didn’t. I did – I had a lot of fun playing that woman.

AX: So is there a struggle to not let Myka loosen up too much?

KELLY: Yeah. There is a struggle, definitely. I think there is a constant dialogue about it and I constantly think about it. It’s constantly at the top. Also, how do you not let the air out of a situation? How do the stakes remain real? It’s something I struggle with with Eddie a lot, because he wants to go to [more humorous beats] and I’m like, “Can we just have a moment here?” And that’s a continuous dialogue with both of us

AX: You have a large Shakespearean background. Does that ever come in handy on WAREHOUSE?

McCLINTOCK: [teasing Kelly] She’s like, “I do Shakespeare and this is what I’m doing?”

KELLY: I think it’s the same thing in its essence. Our show [has] the same kind of epic stories that you see in Shakespeare. You look at HENRY V, you look at [the character] the Chorus, and basically, the Chorus says, “Imagine this, people.” And that’s what our show does. It goes, “Okay, we’re going to put you in this room, now imagine this.” That’s what it does to us with an empty green screen.

McCLINTOCK: We call it “schmacting.”

KELLY:  “Okay, there’s something flying at your head, you’re really scared, now it’s bouncing off the ceiling, now you’re sad because it reminds you of your mother.” I don’t know, whatever that is. It takes a hell of a lot of imagination. It’s the same thing – not quite, but almost.

AX: And it’s said that you have always had a fascination with the U.S. military. Had you been in the military?

McCLINTOCK: No. When I was a little kid –

McCLINTOCK: No. I got threatened with military school a lot when I was little [laughs]. But my uncle, my mother’s sister’s husband, was a chopper pilot. He flew gunships in Vietnam. He flew two or three tours and was shot down a few times and he just was my hero when I was growing up. He gave me a lot of his little artifacts from the Vietnam war. And I’ve just always had a great respect for the ability to fight for –

AX: With the schmacting – that is, acting opposite elements that will be added later via CGI – is that difficult?

McCLINTOCK: It was tougher for me when I didn’t know what we were going to get in post [in terms of CGI]. Now that I’ve seen –

KELLY: How good they are –

McCLINTOCK: So we’re like, “Oh, okay, we can trust them to not make it like it’s SIGMUND AND THE SEA MONSTERS or something, some Sid and Marty Krofft production.” [The visual effects artists] actually do a great job, so I don’t feel like I’m just hanging there in the breeze. I trust them.

AX: How much of the Warehouse exists as a physical set?

McCLINTOCK: It’s a soundstage filled with shelves, but then when you widen out, it’s literally a speck in the scheme of the scope of the actual Warehouse.

KELLY: This year, my favorite episode was the noir. For both of us, I think it just allowed us to do something that was so fantastical. You don’t get to do a) a period piece or b) just black and white. And it wasn’t done – they did it with filters and they lit it in a way that was black and white, and it was really fun.

McCLINTOCK: And we had to do noir-speak. The interesting part for me was, we’d be talking in noir-speak and then that person would leave the room and Pete and Myka would talk to one another as Pete and Myka, and then they’d walk back in and then [noir accent] “We’re back into …” So that was just a great, fun episode to do.