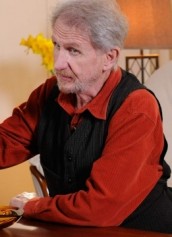 I have such conflicting emotions where WAREHOUSE 13 is concerned. I like the series for the most part, and now that we’re in the fourth season there is a style and rhythm all it’s own for this show. (and now you hear the ‘but’ coming) However, I’m just not sure what this series is trying to be. When it started out it was kind of like THE X-FILES, and kind of like FRIDAY THE 13TH THE SERIES, where there were all kinds of cases involving paranormal happenings, and it always involved an object that needed to be locked away for safe keeping. With me so far? There have always been elements of comedy usually from Myka (Joanne Kelly) and Pete (Eddie McClintock) and their interaction with one another. New characters have come and gone, and a few have stuck around or return in recurring roles. Plus this show has ties to EUREKA (which I honestly never really got into).

So I guess my big complaint with the series at this point is that it’s gotten too campy. Last season was when we really started to get an overly camp feeling to the show and this season is making it even worse. Even when situations are direly serious there seems to be a “Wah…Wah” humorous edge to it. Is this the way the series was originally intended to be?

“There’s Always a Downside” is a multiple case episode, but first let’s chat about the new ‘villain’ for the season in the guise of Brent Spiner as Brother Adrian. As of the plot in this episode he knows that Artie (Saul Rubinek) is the person who used Magellan’s astrolabe and turned back time, so he’s declared war on Artie and the Warehouse. A few problems I have with this involve various aspects of this storyline.

#1- How secure is the Warehouse really? This is supposed to be a secure holding place for hundred of thousands of artifacts, and yet last season Walter Sykes (Anthony Michael Hall) got in and destroyed everything, and this season Brother Adrian has apparently breached the walls of the Warehouse to steal artifacts. What the hell? Since when did this place become a 7-11 that anyone can just traipse into?

#2- Brent Spiner is not scary. We all loved Data on STAR TREK THE NEXT GENERATION, and while I have no problem moving past that character to see Spiner in a new light, he’s just not scary or intimidating. There’s something about the lilt of his voice, and the way he composes his sentences that makes him more of a Snidely Whiplash sort of villain, rather than someone to legitimately fear.

Speaking of STAR TREK, Rene Auberjonois returns this episode as Hugo Miller, and he’s at the center of the biggest artifact hubbub of the episode. I love Rene and always love to see him return to this series.

So Myka and  Jinks (Aaron Ashmore) have a heart to heart and now she knows that if anything happens to him it happens to Claudia (Allison Scagliotti), and she swears to help him find a way to overcome it. Claudia is still in the dark for now, but I wonder how she’ll react when she finds out?

So hopefully future episodes will be less KEYSTONE COPS, and more Mulder and Scully, and I won’t lose interest in this series complete as it spirals into campy mundane storytelling.