Some funny sketches, some okay ones, but a very solid premiere 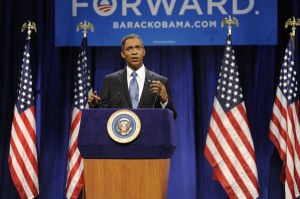 With SATURDAY NIGHT LIVE losing some big names last year – Kristen Wiig and Andy Samburg (not to mention great utility player Abby Elliott), the series is heading into another one of its rough transitory years by searching for new talent and trying to keep momentum going with the new class.

This is even scarier as Jason Sudeikis may be leaving soon too (potentially after the November elections).

Still, as the Season 38 proves, SATURDAY NIGHT LIVE  has a ton of moxie left and even as things change it still can provide ample laughs amid the expected clunker sketches.

Host Seth MacFarlane (director of TED, creator of FAMILY GUY and AMERICAN DAD) is a perfect choice – and it’s shocking he didn’t host sooner. With all the voices he does on his shows and his comic timing, he’s a perfect fit. He could have been a cast member on SNL if he wasn’t a mega-mogul all on his own.

The episode kicks off with an awkward passing of the torch. Fred Armisen, so good as Barack Obama, is no longer playing the President of the United States. That’s now handled by expert impressionist Jay Pharoah, who can do amazing impersonations, but brings very little comic verve or anything unique other than being a great mimic.

The same could be said for his Obama. He has the mannerisms and voice down, but he does very little with it and is going to have to go the extra mile to supplant Armisen.

The sketch though was actually quite funny because of Sudeikis as Mitt Romney and Taran Killam as Paul Ryan.

The monologue  featured MacFarlane showcasing why he’s so great in animation voice work – he can have many conversations doing different voices in a flawless concoction. This resulted in a very funny song talking about “the voices in his head.”

Stand-out sketches included Bill Hader as Clint Eastwood doing a Broadway show with a “chair” and perhaps the funniest sketch in some time involves MacFarlane playing a puppeteer instructor with Kenan Thompson, Vanessa Bayer and a hilarious Hader as a war veteran. The sketch gets very weird, but weird in a great way and takes things over-the-top at just the right moment. Excellent work.

The rest of the episode is pretty hit and miss. Okay sketches, but nothing particularly hilarious. Granted, it isn’t bad, but high definitely watchable, which for SNL is a good thing.

With Sudeikis, Hader and Armisen, plus new stand-out Killam, SNL does have a strong core to keep the series afloat. The big question mark is how the new featured players are going to fit into the mix.

SATURDAY NIGHT LIVE is a comedy institution, so proclaiming it’s SATURDAY NIGHT DEAD or past its prime is lazy writing. It’s lasted 38 seasons because it’s a show that continually reinvents itself with new casts and new faces. It has had its up and down years and it’s brilliant ones. Where it is now is still a mystery and still in its early Season 38 infancy, but I have faith in longtime producer Lorne Michaels that he has a master plan and that the show will continue to be a cultural juggernaut for years to come.