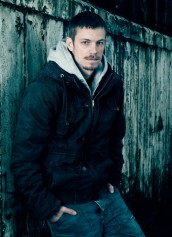 The actor talks the new season, plus the upcoming ROBOCOP remake

In Part Two of our interview with actor Joel Kinnaman, he talks more about his portrayal of Detective Stephen Holder on Season Two of AMC’s THE KILLING (Sundays at 9 PM), plus how his upcoming role as the lead in the remake of ROBOCOP will differ from the original.

AX: Who do you think is a better cop, Holder or his partner Sarah Linden?

KINNAMAN: She has a very strong, intuitive strength and she kind of goes into the mind of the killer, and Holder comes from the street and that’s how he reasons and he can tell a liar when he sees one. So I think they compliment each other really well.

AX: Do you and Mireille Enos, who plays Linden, have conversations about how you’re going to do scenes together, or do you just hit the set and see how you work with each other as you do the work?

KINNAMAN: We’re really good friends and so if we’re in a scene that we have questions about, then we’ll talk about it, but our chemistry is so good that we always find a way to work it out. Usually, we actually work it out while we’re doing it. It’s very easy. We both find it very easy to play off each other, so it’s a very positive work relationship.

KINNAMAN: Of course, you’re following a whodunit and you thought you were being promised the resolution. I understand that people got [disappointed]. I think people really thought that they would tune in for the last episode to find out who killed Rosie Larsen. Nobody expected that [the reaction to not having the killer revealed] was going to be this strong [laughs]. That’s also a testament that people were really engaged in it. And I think they were engaged not just because of finding out who did it – they also liked the storytelling and they felt for the characters. And I think that’s also the biggest reason that they’re going to come back. I really think the only mistake that was made was that they mismanaged the expectation, because the storyline was always over two seasons, the same way as it was in the Danish version. It follows the timeframe in that storyline exactly.

AX: So we’ll find out who the killer is at the end of this season?

AX: Do you feel that the second season will be very different from the first season?

AX: Do you feel THE KILLING has a political overview or undertones?

KINNAMAN: Well, it’s definitely a look at society and trying to be honest about it. It’s not a political show in that way and it does touch on the political system and how people make concessions on their morals to retain the power. That was what was so beautiful about THE WIRE, and so intelligent in how the writing was for every season, that it went to the core of how power always corrupts people’s good intentions. As soon as you have reached a level of power, then you’re doing everything you can to maintain that power, and then you start to not take risks and grow into the root of the problem. I mean, we do touch on that, but that’s not what this show is about. But I think that what this show has – I mean, we’re so over-washed with violence and murders and it becomes so day to day and we forget what the implications have for a family when they go through a crime like this. So I think in that sense, it puts the spotlight on what actually happens when you see on the news – every day, somebody murders and there are heinous crimes. It just washes by, but this really spotlights what actually happens.

AX: you were just in a film about a very different sort of murder investigation, the American-made remake THE GIRL WITH THE DRAGON TATTOO, based on Stieg Larsson’s novel. Did you think the Swedish version was better than the American version?

KINNAMAN: Oh, I thought it most definitely wasn’t. Sometimes I think American viewers give European films a little bit too much credit. It feels like they’re more artistic just because they’re in a foreign language, and I have to say that I thought the Swedish version – I have a lot of friends who were in it – was a perfect example and a very good attempt of a Swedish movie to be an American film. It didn’t take any risks, the photography is golden measure in almost every frame, it wasn’t a bold movie in any way. I thought it was good. But [director David] Fincher’s [English-language] version, I think, had a lot more depth and a core to it.

AX: You’re about to start filming as the lead in the remake of ROBOCOP. Do you have any concerns about trying to get your performance to read from inside the Robocop costume?

KINNAMAN: Well, we haven’t gotten into any of that yet, but I think from an acting standpoint, the new version is a lot more interesting than the old one. It’s much more of a demanding acting piece than the first one was. The costume is different. I think the visor is going to be see-through. You’ll see my eyes.

AX: Do you think you’ll be going back and forth between TV and film from now on?

KINNAMAN: I have a six-year contract with [THE KILLING]. So I’m not allowed to do [other] TV. I wasn’t really intending on doing TV from the start, but this was such a quality piece, so I really wanted to be a part of it. I think TV has been the place where the most intelligent and best storytelling has been in American cinema and TV. This has been a really good place to show that I can hold a character and do a complex person. I’m really enjoying myself. But while I’m doing the show, I don’t do any other TV.

AX: Do you know what the mystery is going to be for the third season of THE KILLING, if there is one?

KINNAMAN: I do. You’ll find out if you stay tuned.

AX: Anything else you’d like to say about THE KILLING?

KINNAMAN:  The patient viewer will be rewarded.

Article Source: Assignment X
Article: THE KILLING’s Joel Kinnaman Says the Viewer Will be Rewarded in Season 2 in Part 2 of this Exclusive Interview