The bizarre, the foreign and the blockbuster all coexist at this film festival 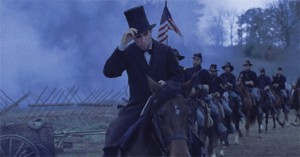 A proper, successful film festival these days needs a savvy combination of 1) Fresh Discoveries, 2) Unique Foreign Films, 3) a smattering of the Boldly Bizarre AND to get the crowds big enough to support all those mentioned, 4) Highbrow Hollywood Pictures.

The 2012 AFI Film Festival held November 1st-08th worked all those elements into play with amazing ease.

Now in its fourth year of just giving tickets away to screenings, the AFI Fest seems to have hit its groove. Screenings were right on Hollywood Blvd at the iconic Grauman’s Chinese Theater, the satellite cinemas Chinese 1-6 and the historic Egyptian Theater just about a block east. In other words you could park your car and walk as most of the festival happenings, (panels, seminars, premier parties), were held right across the street from the Chinese at the historic Roosevelt Hotel.

Because real world often coincides with reel world, the center piece of the festival was the race for the President of the United States. Rather than ignoring it, (like you really could), AFI embraced it holding a raucous election night party in the Roosevelt’s main ballroom. (It turned out most festival goers and filmmaker’s are pro Obama. Shocker.)

Here’s the breakdown by numbers… 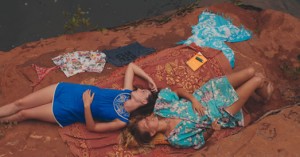 1) Fresh Discoveries
From Sundance to Toronto to SXSW and LAFF, film festivals raison d’être remains the search for th new filmmaker. The big prize winner was A HIJACKING from Tobias Lindholm. The first feature to fully detail the horrors of Somali pirates hostage taking, A HIJACKING is by turns tense, claustrophobic and shot on the Indian Ocean, reeking of authenticity. Expect Lindholm to be lured from his native Denmark to Hollywood for Bourne styled thrillers. Which he’s probably turn down, I suspect he’s got more layers.

Another of the more intriguing 2012 debuts was the quirky road picture THE MOST FUN I’VE HAD WITH MY PANTS ON. Writer-director-co-star even contributed a few songs to the film making her the one to blame or praise in the extreme. From EASY RIDER and SCARECROW to ON THE ROAD and THELMA AND LOUISE, road pictures are an American staple and it was good to see a new talent breath some new life into the genre. 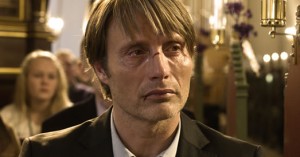 THE HUNT I ©2012 Magnolia Pictures

2) Unique Foreign Films
Danish actor Mads Mikkelsen seemed to be all over the place at the AFI festival with both A ROYAL AFFAIR and THE HUNT. Western audiences know him as the bad guy from CASINO ROYALE with the weeping eye. European audiences have known he’s a talent on the rise since he stole PUSHER from the rest of the cast back in 1996. While A ROYAL AFFAIR is a grand, sweeping costume drama well beyond just petticoats and drawing room affairs THE HUNT is the real find. A modern tale of sexual abuse, witch hunts and man nearly destroyed, it’s a harrowing drama for which Mikkelsen won a best actor prize at the Cannes film festival. After several stumbles (CLASH OF THE TITANS, VALHALLA RISING), Mikkelsen seems headed to greatness. (Assuming he can survive the HANNIBAL TV series coming next year.)

THE SAPPHIRES, an intriguing period Australian import about an all girl group mixed up with the Vietnam War and the Civil Rights Movement. Michael Haneke’s moving end of life drama AMOUR drama which continues to stun audiences after winning Cannes’ Palme d’Or earlier this year. Mix equal parts giallo (Italian pulp fiction in the 1970s) with Brian DePalma’s BLOW OUT and you have the highly stylish and clever BERBERIAN SOUND STUDIO. And for true film lovers nothing topped Hungarian filmmaker’s FINAL CUT — LADIES & GENTLEMEN, romantic love scene footage from 450 icon films. 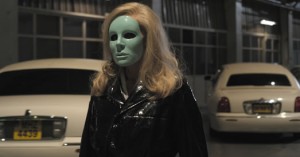 4) Boldly Bizarre
Usually you’d have to attend a midnight movie time slot to find something as oddball and shocking as HOLY MOTORS. Director Léos Carax is out to amaze and in the process of nine “assignments” he mixes genres, sexual oddities, musical numbers with class warfare and out and out fantasy.

And speaking of midnight movies, audiences were delightfully aghast by ABC’s OF DEATH. An anthology from 27 directors, ABC offered up just about every style and format for world horror circa 2012. Assembled by Alamo Drafthouse alum Tim League and Ant Timpson, this short attention span ensemble may just be the way our generation’s future shock.

The best title of the festival had to go to JOHN DIES AT THE END. Director Don Coscarelli has been at the horror business seemingly forever (PHANTASM, BUBBA HO-TEP), and with this film he gets to let Paul Giamatti have some down and dirty fun in this messy genre mish-mash of zombies, drugs and silliness. 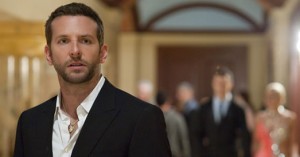 5) Highbrow Hollywood Pictures
Here’s where AFI Fest really hit pay dirt.
The festival opened with the world premier of Sacha Gervasi’s HITCHCOCK and closed with Steven Spielberg’s LINCOLN. Both got plenty of measured respect for the two film’s leads, (Anthony Hopkins and Daniel Day Lewis respectfully), and admiration for (trueish) tales crafted with the highest of quality money can buy. In other words, classy, intelligent productions, meaning both failed to set the audience on fire.

More enthusiastic were the crowds came for Kristen Stewart in the adaptation of the Jack Kerouac’s seminal counter culture book ON THE ROAD. (Which amazingly had never been screen adapted before, flummoxing the likes of even Francis Coppola who’d written a screenplay back in the 1990s?) Admittedly most were just there for the gawking part of the red carpet and had not intention of seeing Stewart in a non TWILIGHT capacity it was nice to see a festival film get such a crazed build up.

Audiences inside the theater did go bananas for David O. Russell’s crowd pleaser SILVER LININGS PLAYBOOK. Like he did in THE FIGHTER O. Russell makes the most mundane, cliched story something fresh, vibrant and original. Romantic leads Bradley Cooper and Jennifer Lawrence bounce off each other in ways we never seen them do before, expect them both to garner a host of actor accolades. Co-star Robert DeNiro has been getting the lion’s share of praise but except for one tear-filled scene there’s nothing here you haven’t seen him do a number of times before.

The new rash of 3-D films have been called a lot of things but never arty. Until, that is, Ang Lee’s LIFE OF PI, a simple tale of a boy, a boat, a tiger and three continents. For once the 3-D technology is put to brilliant effect, making for a daring tale of survival and soul searching. The film’s weak framing device not withstanding, this should successfully mark director Ang Lee’s return to form after the goofy HULK and underwhelming TAKING WOODSTOCK took some of the varnish off the greatness he’d achieved with BROKEBACK MOUNTAIN. (Okay, he also made LUST, CAUTION and it wasn’t half bad.)

A Selection of the Honored…