In Memorium: Davy Jones of The Monkees chats about his career in one of his last interviews 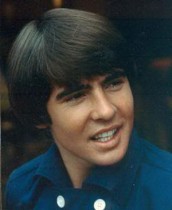 Davy Jones during his THE MONKEES days
News

In Memorium: Davy Jones of The Monkees chats about his career in one of his last interviews 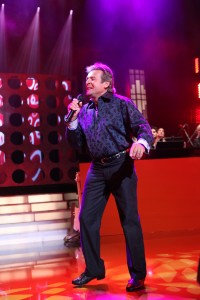 With the passing of Davy Jones last week at age 66 of a heart attack, the world has once again re-evaluated his position in pop culture as one-fourth of the 1960s rock band The Monkees.

Together with Micky Dolenz, Michael Nesmith and Peter Tork, the foursome were cobbled together for a successful TV show which resulted in a string of successful albums – music which still resonates today even if they were unfortunately dubbed by the media “The Pre-Fab Four” (a nod to the Beatles).

From “Daydream Believer,” “Look Out, Here Comes Tomorrow” and “I Wanna Be Free,” Jones was the dreamy one – he sang the ballads and had girls swooning over him.

Last summer, Jones took the stage at the Television Critics Association to promote the PBS program MY MUSIC: ’60s POP ROCK which he was hosting and performing in.

Here are some excerpts from that session, as he discusses his career and his days with the Monkees.

For ASSIGNMENT X’s interview with Davy Jones, click on the link below.

On being known for a certain thing as an artist …
“A career takes you in a certain direction if you want to, so that Bobby McFerrin won’t sing ‘Don’t Worry Be Happy’ when he does a show,” says Jones. “But, you know, ‘Daydream Believer’ is the most requested karaoke song in the world. Am I supposed to feel great about that? John Stewart wrote it. His wife collects the royalties. It’s not, as I say, about dollars and cents. If somebody stops me and wants to do the Monkee walk, you know, I’ll say ‘Okay.’ But my background has been in theater. I’ve been in television, you know, probably the most unrecognizable voice — or the most recognizable voice, you know. I’m used it. I’m not like a showbiz kind of guy that’s at all about the parties and the red carpets and this, that, and the other. Micky is into that. Micky is a corporate entertainer. He wants to be at these places. And Peter is a musician that sings with Shoe Suede Blues. And if you talk to Peter or any of these artists that were there, they are not living in the past. They are just taking advantage of the things that made them successful. You know, Tony Bennett probably gets pissed off every time he sings ‘I Left My Heart in San Francisco,’ but maybe he doesn’t, you know. Maybe he wishes he had 10 more of those.” 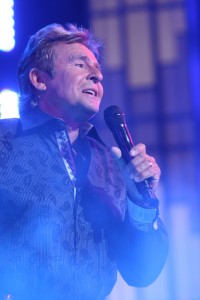 On not realizing “Daydream Believer” was a hit …
“I didn’t know what I was singing,” Jones admits. “When we did ‘Daydream Believer,’ Chip Douglas, who produced it, came to me, and he said, ‘Well, what do you think about that one?’ because we had 12 songs, and this was the 13th song. I said, ‘Yeah. Dump that.’ He said, ‘No. This is a single.’ I said, ‘I don’t know.’

On keeping busy as a performer in his ‘60s …
“I’m physically fit, and I’m pretty mentally active with, you know, sort of other things in my life that take up my time,” says Jones. “It’s not easy. I did 46 concerts. I got home on Tuesday afternoon, and on Wednesday, I drove to New York, which was a two three and a half hour drive and three and a half hours back, in order to be able to go on THE JOY BEHAR SHOW, and then I drove back on Thursday on Wednesday night. And on Thursday morning, I got on a plane and flew to San Francisco. I was watching my daughter yesterday compete in a horse show at Pebble Beach, and this morning, I got on a plane, and I came here, but I’m not feeling fatigued. I’m feeling, you know, ‘hey, this is what I do, you know, and I’m here to talk about this particular special.’ And, obviously, yeah, The Monkees, it always comes into play, but it’s also a very nice thing when people say ‘I saw you on Broadway in 1963 ’64,’ or ‘I saw you doing this or that or the other.’ Not one has any heavy weight over the other.”

And as the session concluded, Jones added this about the power of music.

“There are more feelings and emotions than there are words to express them, and we should do it through the music,” he said.

Article Source: Assignment X
Article: In Memorium – One of the last interviews with The Monkees’ Davy Jones