Home » HAYWIRE highlights this week in DVD and Blu-ray Releases 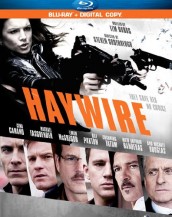 HAYWIRE highlights this week in DVD and Blu-ray Releases 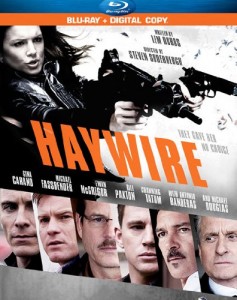 HAYWIRE – First things first, Gina Carano is one hell of a good looking woman. It is amazing that after being a somewhat legitimate MMA fighter that she still looks as good as she does. I mean how many damn blows to the face you could take before suffering some serious damage.  As far as acting goes, well, she isn’t going to win any awards for sure but you know surprisingly she wasn’t all that bad at all and did a well-enough job all things considered. Maybe it helps she had Steven Soderbergh as director known for bringing out the best in actors. HAYWIRE definitely does have the imprint of Soderbergh with his filmmaking quirks and ruses that he places but the action is where it is at and there is plenty of it, especially in an excellent battle with Michael Fassbender. Ewan McGregor is pretty much wasted as is Michael Douglas but for name-brand recognition I guess it is nice to have them there. Worth checking out for sure. 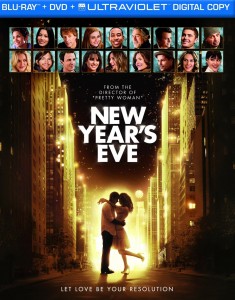 NEW YEAR’S EVE – Seems a bit odd that a show centered around the New Year is coming out in May but considering it was out near the end of December, I suppose it makes sense. NEW YEAR’S EVE proves one thing – pack as many stars into one film and that still won’t mean it will be successful or anything different from what we have already seen in a thousand other films. The film centers around a variety of stories that all somehow involve one another and impact the other storylines happening. Hilary Swank as the “ball drop girl”, Abigail Breslin as the rebel tween off to meet her boyfriend in Times Square and her mom, Sarah Jessica Parker in pursuit, Zac Efron and Michelle Pfeiffer work on resolutions, Jon Bon Jovi, Katherine Heigl and Sofia Vergara all throw a party, Josh Duhamel wants to find love as well as Ryan Seacrest, Halle Berry, Robert De Niro, Lea Michele and many more. A crazy amount of talent and it all gets a bit convoluted but there are some great scenes here and in high def even looks better. Worth it for a dude trying to hook up with a chick or trying to heal a relationship or something. 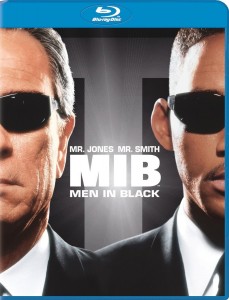 MEN IN BLACK/MEN IN BLACK II – Obviously, the big hook here is that the third film about the secret agency that hunts down various aliens and contains them (or fights them or works with them) is coming to theaters very soon and so to capitalize on the exposure from that major motion picture. The thing that makes this special is that these are being released just onto Blu-ray – the first time the films have been offered in high definition. The original is a great piece of comedy and science fiction with Will Smith and Tommy Lee Jones acting extremely well together. The sequel isn’t nearly as enjoyable with too much places on amping the alien content and going for gags but still worthwhile and look simply awesome in high def.

MIMIC: 3 FILM SET – The horror trilogy gets the high definition treatment for the first time in this 2-disc set that features all three films – MIMIC/MIMIC 2/MIMC 3 – the first of which was directed by now-famous Guillermo Del Toro. 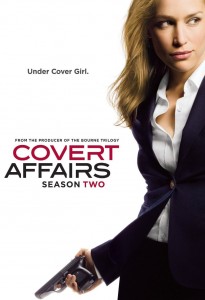 COVERT AFFAIRS: SEASON TWO – USA Network’s spy drama comes to spinning plates for the second time in the complete second season of the show spotlighting a female operative that works undercover to foil the plots of terrorists and others that are going against the interests of the government. Sound familiar? Yeah, ABC had a series a while back starring Jennifer Garner called ALIAS. The difference between the shows is that COVERT AFFAIRS is more of a single-serve series where each episode is self-contained without much of a mythology base, whereas ALIAS was all about mythology and you needed to have watched much of the prior episodes just to know what the hell was going on. Still worth checking out especially if you enjoy hot chicks kicking ass for the CIA.

BUBBLE GUPPIES – The fun kid’s show from Nick Jr. comes to DVD for the first time teaching kids about all sorts of stuff from math to animals to sharing and more all taking place in some sort of fictional ocean where fish-people go to school and have adventures.