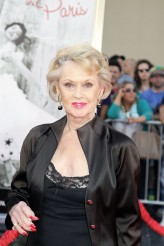 As THE GIRL premieres, the actress at its heart talks about her Roar Foundation 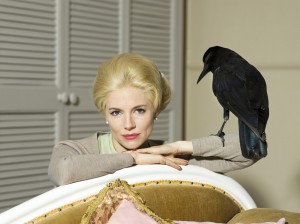 In THE GIRL, which recently aired on HBO, Sienna Miller plays actress Tippi Hedren and Toby Jones plays director Alfred Hitchcock in an examination of how the filmmaker used his position to severely traumatize the performer.

The real Hedren, who consulted with the makers of THE GIRL, says that there were good times as well – she found Hitchcock invaluable as a drama coach – but his treatment of her at other times was “something that I had never experienced before. People have said, ‘Was he in love with you?’ No, he wasn’t. When you’re in love with someone, you treat them well.”

Hedren is also known in animal advocacy circles as the co-founder of the Roar Foundation, which runs Shambala, a twenty-five-year-old sanctuary for big cats: lions, tigers, mountain lions, etc. Hedren has a great deal of compassion for animals, particularly those that have been mistreated, but she says this is unrelated to her own feelings of powerlessness while working on Hitchcock’s films THE BIRDS and MARNIE.

“It has nothing to do with it,” Hedren states. “That’s two entirely different things. I just feel very, very fortunate about the fact that I have the celebrity to get a lot of things done that I probably wouldn’t be able to do [otherwise].” As for standing up for animals, who cannot speak for themselves, Hedren adds, “Well, I’ve always done that. My parents instilled that in me as well.”