Exclusive Interview: Dee Wallace looks back on E.T. – THE EXTRA-TERRESTRIAL 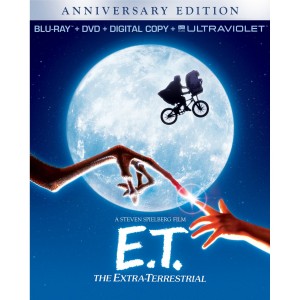 Since its release in 1982, E.T. THE EXTRATERRESTRIAL has become – both artistically and commercially – the gold standard for the oft-referred-to, seldom truly applicable “film for all ages.” Directed and produced by Steven Spielberg and written by Melissa Mathison, the film is the story of a little alien who becomes separated from his exploratory team and is helped in his quest to go home, first by grade-schooler Elliott (Henry Thomas), and eventually by Elliott’s entire family, including older brother Michael (Robert MacNaughton), little sister Gertie (Drew Barrymore) and single mother Mary, played by Dee Wallace.

To commemorate E.T.’s thirtieth anniversary, Universal Studios Home Entertainment has brought forth the first Blu-ray release of the film, lavished with special features. They have also made Wallace available for press interviews. The Kansas-born actress has appeared in over 130 films (so far), many of them genre favorites including THE HOWLING, CUJO and director Peter Jackson’s THE FRIGHTENERS. She is also the mother of actress Gabrielle Stone, appears frequently on television, is the author of three books, the most recent being BRIGHT LIGHT, and works as both an acting coach and a healer.

However, with all of these achievements, Wallace says that E.T. continues to have a home in her heart.

ASSIGNMENT X: When you started working on E.T., did you have a feeling at the time that this was going to be special, or were you just thinking, “Oh, good, I get to work with Steven Spielberg”?

WALLACE: No, I knew when I read the script that the script was special. You don’t know anything’s going to be a hit until the public goes “Yes, we’re making it a hit.” The timing and everything – all the factors have to come together. But you bet. We all knew we had a beautiful story here.

AX: When you were making the film, did you do anything specifically to ramp up for playing a mom?

WALLACE: For playing a mom? No. And it’s funny, because people go, “Dee, how did you play a mom so well? You weren’t a mom yet.” I’d say, “No, but I have one.” [laughs] I don’t know. Don’t we all know how to be a mom if we just care about something? We’re all moms to dogs or cats or something. So it was just naturally who I am, I think. I’m kind of “mom” to everybody. I’m a caretaker. I [had been in the movie] 10 – 10 was a huge hit. But I wasn’t as big a part in 10 as I was in E.T. So my memories were, “I just want to make sure I can do this. I want to make sure that I do my best. I want to make sure – this is a special movie and it’s a big movie and it’s Mr. Spielberg’s movie and I want to be very present to doing my best.” And that’s the biggest feeling I remember holding, going into this.

AX: And with E.T. himself/itself, when you were working with … 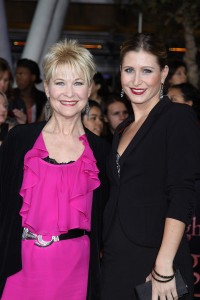 AX: With E.T., were you able to get rid of the idea of the hydraulics and the head coming off the costume between takes and just say to yourself, “Okay, this is an alien”?

WALLACE: Seriously, they just didn’t do all that in front of us. Steven went to a lot of pains to keep E.T. alive. Somebody was always on the hydraulics when it was working on hydraulics. You never saw a little person getting into the costume. So it really – as bizarre as this seems – was like working with another [actor].

AX: And with your human costars – did you have any idea at the time, for instance, “Okay, Drew Barrymore is going to grow up to be a mogul”?

WALLACE: We always knew that Drew was very feisty, knew exactly what she wanted and was going to get it. And that’s pretty much the definition of a director [laughs]. No, nobody sits there and goes, “I wonder what Henry will be in thirty years.” You don’t do that. You just interact and try to be in the moment in your power, with all these amazing children that knew exactly what they were doing. I mean, one of the extras on the Blu-ray – there are so many, but my favorite extra is the fifty minutes of the behind-the-scenes shooting-of, and it’s not a commentary, it’s literally a camera picking up Steven working with us and working with the kids, and this amazing moment where he gives Henry these six really complex directions once, and Henry does them. The kids were just extraordinary, they were just extraordinary actors who had never acted before.

AX: You’ve done a lot of work in genre projects, before and since E.T. Is that something that’s dear to your heart, or is that something people just keep hiring you for?

WALLACE: I think it’s both. I love to do emotional work, so doing little light comedies, not as gratifying for me as in-depth emotional work. I love to play an arc, and horror and genre films allow you to do a lot more of that. I played the witch in [a new horror film version of] HANSEL & GRETEL and I’m coming out as a witch in Rob Zombie’s LORDS OF SALEM. So yes, not a mother [laughs]! Maybe in my older years, they’re starting to see the other side of Dee [laughs]. I don’t know.

AX: Was there any one moment you can point to where you realized E.T. wasn’t just a pop culture hit for 1982, but was going to be the cultural icon that we all now know it to be?

WALLACE: Oh, yeah. The opening day at the Cinerama Dome. That was the moment I went, “Okay, they [the viewers] get it.” They get it and this movie does what it did for me – it transcended people’s hearts and psyches. It’s shifted people’s lives, this movie.
Purchase E.T. The Extra-Terrestrial Anniversary Edition (Combo Pack: Blu-ray + DVD + Digital Copy + UltraViolet)