Home » BRAVE Highlights this week in Blu-ray and DVD Releases 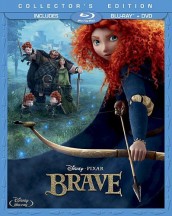 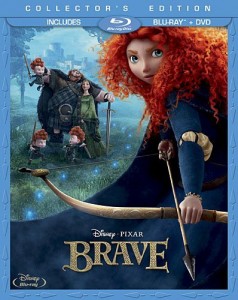 BRAVE – As much as Disney gets flak for being a super corporation and installing all sorts of consumerism in our children, they do know how to deliver the goods when it comes to great storytelling that the whole family can enjoy. BRAVE is the wonderful story of a rebellious daughter that will do anything not to get married to one of the neighboring lords and goes so far as to make a deal with a strange witch. Unfortunately, this deal to change her mother has negative effects as it changes her into a bear as well as her triplet brothers and Princess Merida (Kelly Macdonald) must race to save them before the townsfolk hunt them down. Add to this a real bear that’s none too happy to share his territory and you have another great tale from Pixar and company.

The really cool thing about BRAVE is the animation, which is really top notch. It is amazing they can create such lifelike characters with long flowing hair and all sorts of mannerisms that only people should be able to make. Makes the entire viewing experience that much more. I recommend getting the five disc version that includes not only the Blu-ray version, but the 3-D Blu-ray, DVD and digital copy so you can literally watch it on anything you have. 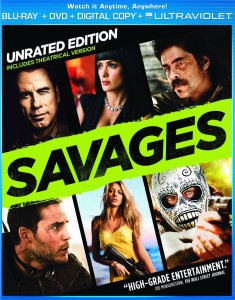 SAVAGES – Oliver Stone commands attention whenever he slaps himself to any project and SAVAGES is a pretty good action flick but it won’t be something that probably people will look back on in his career as one of the highlights. The story centers around a pair of drug dealing friends (Taylor Kitsch and Aaron Johnson) that share everything – a house, a business, even a woman (Blake Lively) – that get propositioned by a Mexican cartel to become a partner. They really don’t like being partners so they decline the offer. But when the cartel kidnaps Lively, the two must fight to get her back by killing numerous henchmen, stealing money and even kidnapping the cartel boss’ (Salma Hayek) daughter. Bencio Del Toro also puts in a great performance as the head henchmen to Hayek’s cartel. Worth checking out on Netflix for sure, especially for action aficionados. 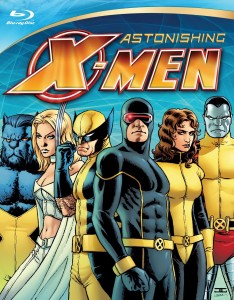 ASTONISHING X-MEN: BLU-RAY COLLECTION – From famous director Joss Whedon comes a stop-motion comic based on his work on the comic of the same name. Now it is collected for the first time on Blu-ray featuring GIFTED, DANGEROUS, TORN and UNSTOPPABLE. All four ASTONISHING X-MEN animated series are collected in high definition. While it won’t win any awards for the best animation, it is the storylines that are most interesting including the Hellfire Club, Danger and Breakworld. 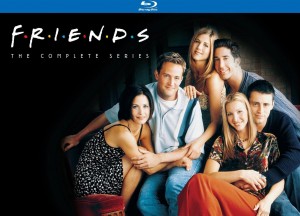 FRIENDS: THE COMPLETE SERIES – Here’s an early preview to a gift guide. The first release of FRIENDS onto Blu-ray in the complete set. Yes, all 236 episodes of the show are all available in one fell swoop in this great collection from the classic sitcom and the first time the show has been available in high definition. The box set includes 21 Blu-ray discs, an extensive 32-page episode guide, all kinds of unaired footage and some never-before-released cast appearances either promoting the show or talking about their characters. Also included is a new documentary that looks back on the show with interviews from the cast and crew. A must have for anyone that was a fan of the show and wants to convert to high def. 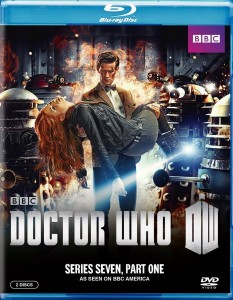 DOCTOR WHO: SERIES 7 – PART 1 – I’m not a fan of splitting a season of a show into two parts. But sometimes I understand why they do it and why it benefits some of the fans out there. This is definitely the case with DOCTOR WHO as not everyone gets BBC America and still want to watch the show and don’t want to wait an awful long time before actually viewing the episodes. With the series returning next year for the completion of Series 7, it makes sense to give the fans the first half of the season now. Of course, the build up here is to the end of the run for Amy Pond (Karen Gillian) and Rory (Arthur Darvill) as companions to the Doctor (Matt Smith). We get some pretty good episodes with the Daleks, the wild west, a really good space episode with dinosaurs and the return of the weeping angels that brings about the end of Amy and Rory’s time with the Doctor. Also the Christmas episode is included introducing a new companion, Jenna Louise-Coleman.