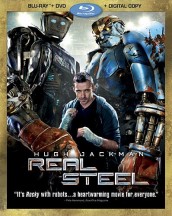 Blu-ray and DVD picks of the week including REAL STEEL

Also worth checking out: TALES OF AN ANCIENT EMPIRE, THE WHISTLEBLOWER and more 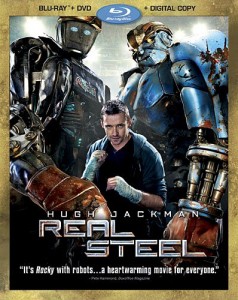 REAL STEEL – As the creators of REAL STEEL must have been, I too was a fan of Rock ‘em, Sock ‘em Robots as a kid. Of course, I never really thought I could make a movie out of it, I guess in a world where everything is some sort of adaptation or remake, it’s alright. Of course, Rock ‘em Sock ‘em Robots isn’t the best movie title. And to be honest, REAL STEEL is a bit misleading … more like CGI STEEL, but again, that’s probably not the best title either for a film. This all sounds like I hated the movie, but I actually didn’t.

Despite the hackneyed premise, the clichéd storyline about a down-on-his-luck former boxer that must care for his estranged son but learns the magic of having children while robots fight to the death, the over-the-top acting from Hugh Jackman and the lousy kid actor they got for the film. I still enjoyed it. Yeah, it is totally brainless, but what the hell it is fun in a lot of ways and who doesn’t like seeing big ass robots knock the sh** out of each other? 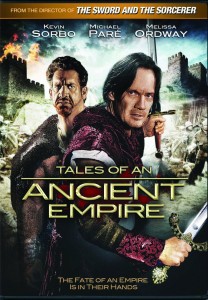 TALES OF AN ANCIENT EMPIRE – This is one of those direct to Blu-ray/DVD that has a lot of promise but just fails to actually go anywhere. Set in a mythical land where vampires once ruled but were disposed of by mullet-wearing warriors, TALES tries its best to be 300, with a boatload of green screen scenes and a lot of narration (too much in fact) but overall plot is overly convoluted and at times a mess that you are left scratching your head as what they were thinking or what the hell is actually happening. While it looks good for a straight-to-video production, this really needed a decent re-write of the script or someone to rein in the director. 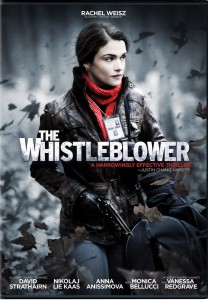 THE WHISTLERBLOWER – Based on a true story about the sexual trafficking happening in Bosnia, Rachel Weisz stars as a cop that takes a job in the Balkans and discovers a whole level of neglect when it comes to domestic violence and kidnapping among Muslims. The whole film is a series of frustrations for Weisz’s character as she is stonewalled against making any real changes and shows in painful ways how ethnic tensions still grip many parts of the world. It also shows how women in many lands are treated so poorly and have little to no rights that it is a real eye opener. 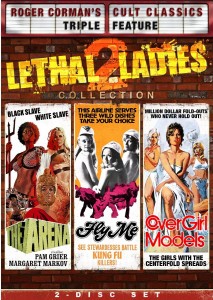 ROGER CORMAN CULT CLASSICS: LETHAL LADIES COLLECTION – VOLUME 2 – Another triple threat from the master of the B films. I like these collections because they just don’t give you one film but they give you multiple films of the same genre. Here the three films in the set include THE ARENA, about a host of chicks kidnapped by Roman soldiers and forced to fight; COVER GIRL MODELS, about hot babes that on the service are fashion models but really are international espionage agents; FLY ME, about stewardesses that fight ninjas on a flight – no really, that’s the plot.