Home » Blu-ray and DVD picks of the week including ABDUCTION 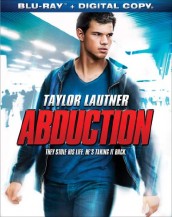 Blu-ray and DVD picks of the week including ABDUCTION 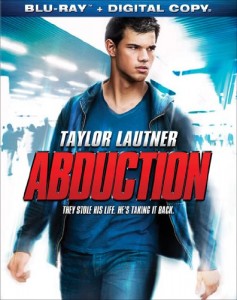 ABDUCTION – This is the film that was supposed to launch Taylor Lautner into a new role of being an action star. Unfortunately, if it doesn’t have TWILIGHT in front of it, no one apparently gives a rat’s hairy ass. The few tweens that actually would spend their money on this film were few and far between, and rightly so, ABDUCTION is sort of a film you’d see come from a high school’s AV club or from some dude shouting “Lightning bolt! Lightning bolt! Lightning bolt!”  I get that they want to make Lautner into some sort of teen heart throb action stud, but give him a bit more to work with than playing a high school senior that parties too much that gets wrapped up in some hackneyed terrorist plot involving a school project. Also, while it has gotten Keanu Reeves far in his career, the wooden acting job that Lautner gives is pretty deployable. Obviously, TWILIGHT fans will give it a go since it is one of the dude’s that constantly takes off his shirt but the rest of you should avoid. 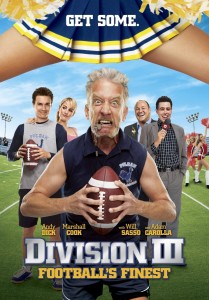 DIVISION III: FOOTBALL’S FINEST – Look, I’m not fan of Andy Dick. In fact, I’d go so far as to say I avoid most everything he’s in. However, I did actually in fact like this film. Not because it is a great comedy, or that it has some awesome nudity, or spectacular violence. I think I liked it because it didn’t try to be anything but a dumb football film about a bunch of losers turned into mediocre players with a crazy coach (Dick) that actually is mildly amusing at times. Like I said, it won’t be anything you will remember but worth checking out. 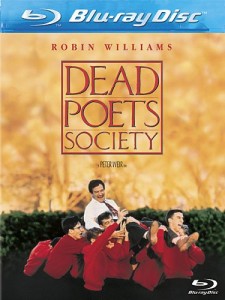 DEAD POET’S SOCIETY – This is the first of two Robin Williams dramedies coming to Blu-ray for the first time. Of course, this story involves an unconventional teacher that challenges privileged students at Welton Academy with unconventional lines of thought, drawing the ire of the faculty involved in keeping the status quo. 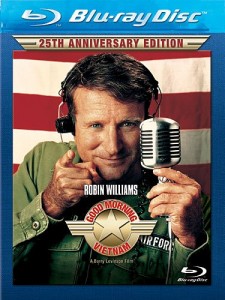 GOOD MORNING VIETNAM: 25TH ANNIVERSARY EDITION – The second Williams film making the high def debut this week. Williams stars as an Army DJ that tries everything he can to make the hell in which the soldiers are fighting in just a bit better with comedy and funky sounds and just general positive thoughts. Shockingly, this character also gets in trouble with the Army brass for being too loose and zany, which brings some conflict (of course). Much like SOCIETY, not sure why either of these films need to be in high def, but everything looks better in it so more power to them. 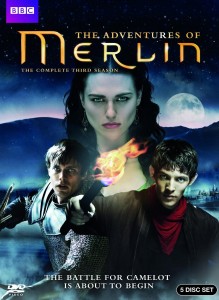 MERLIN: THE COMPLETE THIRD SEASON – The BBC series returns to video for the third time. Much l ike the Starz series CAMELOT, it focuses on the young adventures of the mythology of the Knights of the Round Table, Arthur, Morgana and, of course, one of the most famous magicians in history (fictional or otherwise). Most agree that the third season is the darkest of the series with a lot of secrets being exposed, monsters to fight and new characters from the classic tale emerging. This set contains all the episodes from third season as well as a making of featurette, deleted scenes and the panel from last year’s Comic Con.