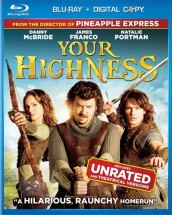 Also worth checking out: PAUL, MARS NEEDS MOMS, FOX AND HOUND/FOX AND HOUND 2, M.A.S.K.: THE COMPLETE SERIES, classic DOCTOR WHO and more 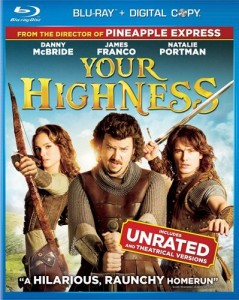 YOUR HIGHNESS – By all intents, YOUR HIGHNESS should be a complete disaster. Yet, it is at times hilarious. At times completely disgusting. At times not too shabby in the action department. Take Danny McBride’s Kenny Powers from EASTBOUND AND DOWN as a complete wimp and plop him into medieval times with an ambiguously gay James Franco as his sword-wielding brother and mix it with an out-of-place Natalie Portman, who probably can’t decide if this is worse than having to star opposite Hayden Christensen in the first three episodes of STAR WARS and like I said it is a cluster-F of a disaster waiting to happen. 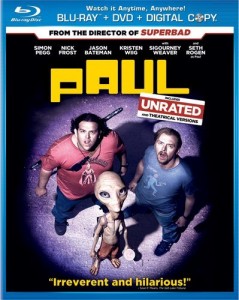 PAUL – I loved HOT FUZZ and SHAUN OF THE DEAD because Simon Pegg and Nick Frost just work so well together and are hilarious when firing on all cylinders. Sadly, I wasn’t digging on PAUL as much as I thought I might. Maybe because Seth Rogen is the alien and he is pretty much just Seth Rogan the entire time – which isn’t a stretch from any other character since FREAKS AND GEEKS he just plays himself). Maybe it is because the humor that made those two films so great is watered-down and made more, uh, American. The British humor is what makes SHAUN and FUZZ so great so when it is boiled down to cheap humor seen in many other films, just leaves me disappointed. Are there funny moments? Yes. Are they of laugh out loud variety? Definitely not.

Still, if you are fans of the two, probably worth checking out regardless. The cool thing about the 2-disc Blu-ray/DVD Combo pack is that you get not only the DVD and Blu-ray but a digital copy as well. Plus, there are a truckload of special features including a whopping nine featurettes on the making of PAUL as well as a host of other features you can get through BD-LIVE and Pocket Blu. 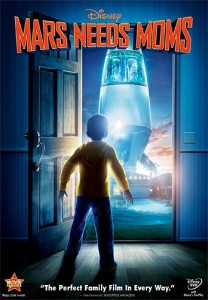 MARS NEEDS MOMS – The critics hated this animated film about a boy that seeks to rescue his captured mother from Martians but it isn’t all that bad. The animation uses the same digital-performance-capture technology that was used in POLAR EXPRESS. The result is a visually stunning film as was EXPRESS. While the film isn’t all that exciting and there are some moments that will be too intense for kids that are of the younger variety, older kids may like it because of the science fiction aspects and action. Yet, there is still emotion here and some pretty good messages about the power of family. 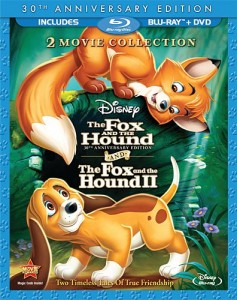 THE FOX AND THE HOUND/THE FOX AND THE HOUND TWO: THREE-DISC 30TH ANNIVERSARY EDITION – Disney has digitally restored these two films and converted them to high definition. Luckily, Disney is putting both in one set that includes the DVD versions of both films as well as the Blu-ray versions. Included in the films are two music videos from the original releases onto DVD as well as a new featurette entitled “Unlikely Friends: A Fun and Fascination Collection of Unlikely Friendships in the Animal Kingdom” A great combo set for the family. 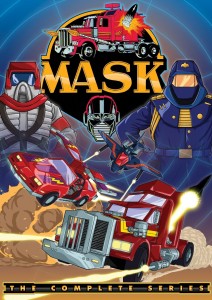 M.A.S.K.: THE COMPLETE SERIES – Don’t call it a TRANSFORMERS rip-off, even if it heavily borrowed from that classic series as well as from G.I. JOE, this syndicated cartoon matched up an armored strike force against the international crime syndicate known as V.E.N.O.M. While it lacked some originality M.A.S.K. still appealed to kids that enjoyed action and big vehicles and loud, exciting battles. This set does not include the short-lived racing series that the show became after it was retooled, so it mostly contains the 65 episodes from the first season on 12 discs. The cool thing is they got back all the writers of the show for a retrospective featurette, a look at how the show entertained on Saturday mornings and more. 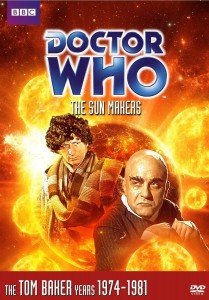 DOCTOR WHO: THE SUN MAKERS – As with much of the WHO lore, many of the episodes focus on life after we’ve burned the Earth to the point of no return. This one is particularly interesting because humans have taken up residence on Pluto of all places where they are living thanks to the creation of six small suns around the planet. The only problem is that an evil corporation runs everything and has human slave work units doing their dirty work. So it is up to K-9, The Doctor (Tom Baker) and companion Leela to bring an end to this dastardly company and free those living on the planet. As with most of the Baker episodes, it has become a fan favorite and a must have for any fan of the classic TV show. 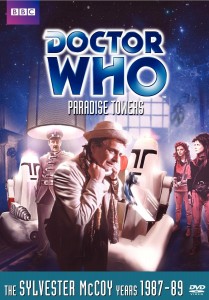 DOCTOR WHO: PARADISE TOWERS – There is something not right about Paradise Towers … despite what the brochure says about the place being a quality living environment, the gangs of teens that roam the hallways think differently. And then there are the unexplained disappearances, the Caretakers and their fascist struggle to regain control of the living residence and then, of course, there is something lurking in the basement that no one wants to talk about. All of this has the Doctor (one of Sylvester McCoy’s first jaunts in the role) trying to save the residents of Paradise Towers from not just the evil there but themselves. 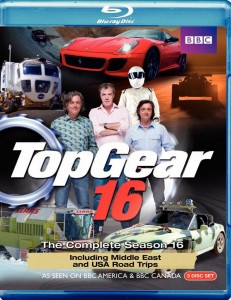 TOP GEAR: THE COMPLETE SEASON 16 – The 16th season of the popular BBC car show has the gang driving on NASCAR tracks, a host of Iraqi convertibles wearing bullet-proof vests, plus we get to see the perfect mafia car, a new space vehicle from NASA, a road trip through Albania and some really cool combination vehicles or at least attempts to combine vehicles.