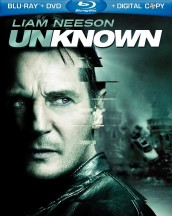 Also worth checking out: THE ADJUSTMENT BUREAU, THE EAGLE, THE CLOSER: THE COMPLETE SIXTH SEASON, MIDNIGHT MOVIE: THE KILLER CUT and more

I was on a self-imposed break last week so this week I am combining last week’s titles along with this week’s. 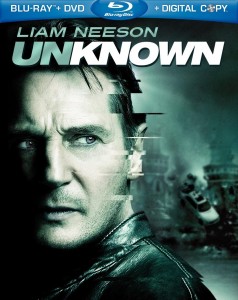 UNKNOWN – If anyone has ever seen TAKEN, you know that Liam Neeson can bring it. He’s definitely got the power to be an action star and command the screen. While UNKNOWN seems sorta like TAKEN it is very different. Neeson’s character loses his memory after a car accident and must piece together who he is and why his wife doesn’t recognize him and his friends have no memory of him at all. At first it seems like a case of mistaken identity but it is much more than that and the twists come just at the right time in order to keep you guessing about what is really going on. Not a whole heck of a lot on the DVD or Blu-ray but still the film may be good enough for you to add to your collection.

Click on Link: AX’s exclusive photos from the Los Angeles premiere of UNKNOWN 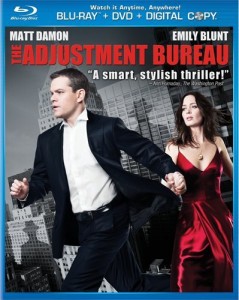 THE ADJUSTMENT BUREAU – On the surface, this appears to be an action film where a soon-to-be congressman does something that upsets the balance of the universe and an organization that dictates what decisions is makes comes into play to set it right. However, THE ADJUSTMENT BUREAU is more of a romance about the same congressman who tries his best to track down the woman of his dreams and the love of his life. But it works, it is an enjoyable film with some good chases and good ideas about higher powers and the freedom of choice. 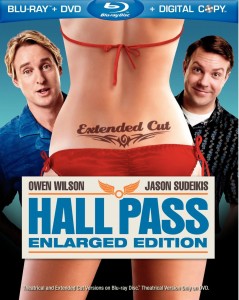 HALL PASS – This came out last week starring Owen Wilson and Jason Sudekis that earn a Hall Pass from their wives from marriage. That means they can basically go out and screw and do whatever they want for a week. The only issue is that the way they were in college isn’t necessarily how they are today. The Farrelly brothers who directed it do a good job of painting the typical mid-life relationship and how things can sometimes get a little stale. And there are some funny moments along the way but it misses more than it hits. Although there is a pretty good scene with an Aussie babe that shows her goods (unfortunately you gotta sit through some gnarly scenes with male full frontal to get there). 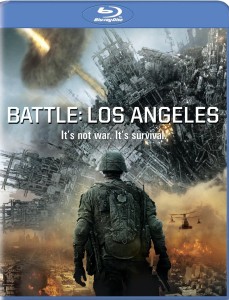 BATTLE: LOS ANGELES – Another title that came out last week. This is a film that it pays to have a Blu-ray player. The action and the battles and the aliens are that much better in high definition. The whole storyline is nothing new – a superior alien force launches an invasion on Earth in order to take our water and planet – but the character development grows throughout the film and the action sequences are fun and enjoyable. Again, nothing new here but just the special effects and action are fun and definitely worth your time. 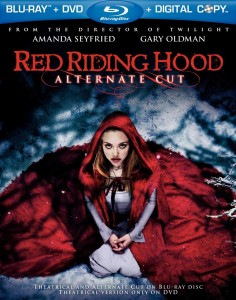 RED RIDING HOOD – Yet another title that came out last week. If you love TWILIGHT, you are gonna love this. It is from Catherine Hardwicke that directed the popular film. Basically, it follows the same pattern as TWILIGHT – two dudes are panning after a chick (Amanda Seyfried) and there’s a wolf running around eating people. So replace the cast with these people and replace vampires with a big, bad wolf. I get that they are trying to give audiences new takes on classic fairytales but certainly they can do better than just cloning TWILIGHT. 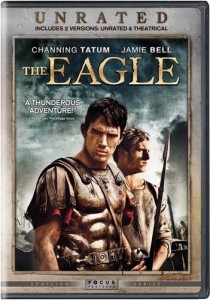 THE EAGLE – I thought that when you do a Roman period piece that the actors had to have British accents. THE EAGLE proves otherwise as this tale of one man’s quest to restore the honor of his father takes him and a slave he saved from death into no man’s land where the world is ruled by ruthless tribes fighting Rome’s army tooth and nail. It isn’t bad although the lack of English accents do sort of make it more laughable at times especially when they are talking about Roman culture. Worth checking out just because it is a different action-adventure type film than a big extravagant picture like GLADIATOR and Channing Tatum does a decent job in the lead role. .

MIDNIGHT MOVIE: THE KILLER CUT – A very good take on the serial killer genre as this takes place in a movie theater where a classic film is being shown to the audience. But what they don’t know is that the killer has the ability to switch between the film and in reality and is slowing taking out the people in the theater and showing it as the film. Some of the deaths are rather mundane, which isn’t the best but there are some decent death scenes that make it worthwhile for anyone that loves the horror genre. Worth checking out on Netflix for sure.

DIARY OF A WIMPY KID: RODRICK RULES – Another installment of this unlikely theater hit gives us more of the wimpy action and more coming of age comedy. It is rather funny at times but also is heartwarming in how friendships grow and how kids act regardless of how they grow up. Good film for the family. 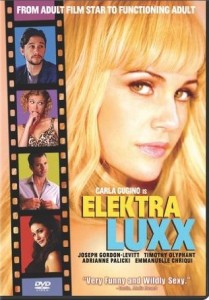 ELEKTRA LUXX – This is just one big tease. Put a handful of hot babes in a film including Carla Gugino, Adrianne Palicki and Emmanuelle Chriqui and spin a weird tale about the rise of an adult film star’s chance to make it big in legitimate media. While sure there are some good scenes with Palicki doing some naughty stuff, the tease is more of what you get than anything else.

PLAYING HOUSE – Speaking of teases, this is a tease for a horror film that really is just a FATAL ATTRACTION-type thriller with a crazy bitch that comes into the life of an unsuspecting newly-married couple. While the tease pays off a bit at the end, up until that point it is rather dry. Not a horror movie but more of a thriller you have seen many times before. Still, may be worth getting from Netflix. 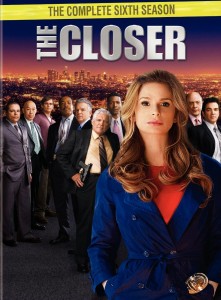 THE CLOSER: THE COMPLETE SIXTH SEASON – Kyra Sedgwick returns as Chief Brenda Leigh Johnson in the six season of the show that will catch you up for the season premiere of the seventh season on TNT. Once again, Johnson is hunting down the criminals that take part in high-profile cases usually involving a celebrity, or an important businessman or even a rock star. Along with a strong cast, the stories is what drives this series to continue to deliver the goods year after year. 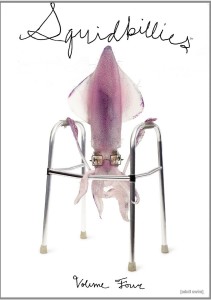 SQUIDBILLIES: VOLUME 4 – Adult Swim’s mash hit returns on DVD with a new offering of the show’s fifth season with 10 new episodes on DVD. The cool thing here is that there are a number of good extras in the set including a slew of outtakes, the SQUIDBILLIES panel at Dragon Con, the tattoo contest that they had for the show and much more. Fans will no doubt want this for their collection.