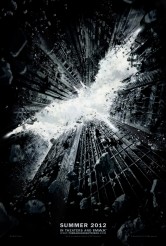 Hot damn – could there be any more reasons to wish Summer 2012 was already here? 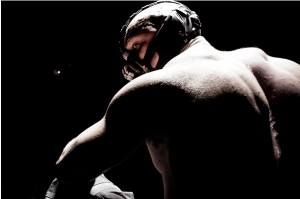 This early look at the film is going to be attached to select IMAX theaters showing MISSION: IMPOSSIBLE – GHOST PROTOCOL opening next Friday (you can click on the link to see which theaters will have the DARK KNIGHT RISES prologue). However, the press got the added bonus of being treated to an appearance by the film’s director Christopher Nolan.

As for the seven minutes shown, the IMAX screen is immersive, and even more so than Nolan’s THE DARK KNIGHT, he creates an amazing experience with the aerial shots on display in the teaser.

We don’t want to spoil the fun for people planning on seeing it next Friday, but the teaser consists of the introduction of new villain Bane (played by Tom Hardy) and an aerial action sequence that rivals anything in the last two James Bond films.

This is pretty impressive stuff – and because Nolan is such a proponent of practical effects, the sequence doesn’t feel CGI heavy and artificial. There’s a reality to it, enhanced by the IMAX wide screen that really puts you into the action (try that 3D).

Another problem with CGI spectacles, is the need to take you out of reality with things that just aren’t possible – yet here, with THE DARK KNIGHT RISES, there’s not a false moment. Yes it’s crazy. Yes, it’s outrageously ambitious, but under the direction of Nolan, it could happen and well, it does, right before your eyes. 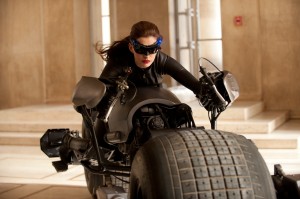 Thankfully, Nolan has also restored Bane to the scary, ominous glory of the comics and erased the horrible images of the quasi-Mexican wrestler incarnation of him in the dreadful BATMAN AND ROBIN film that turned him into a Frankenstein monster joke, and not a menacing, intelligent villain of epic proportions witnessed here. One criticism though, I hope they loop Hardy’s voice a little better in the finished film, because it was hard to understand what he was saying at times with his mask on.

After the teaser, there’s also a very quick glimpse of select shots from the film. Naturally you get a little of Batman, a glimpse of Anne Hathaway as Catwoman and an iconographic end shot that will likely be the movie’s calling card for years to come.

The first few minutes of THE DARK KNIGHT RISES proves once again proof that Christopher Nolan is one of the best and most original directors currently working in the big studio arena. His standards are high and his vision wholly unique. He could have coasted with the new BATMAN movie and we would have still eaten it up, but it looks like he’s managed to do the impossible with superhero films (at least so far) and that’s top the brilliance of THE DARK KNIGHT and take the franchise into the next logical level. It’s going to be a shame to see him leave the Batman world after this one, but who knows, maybe he could be persuaded. Would “pretty please” work, Mr. Nolan?