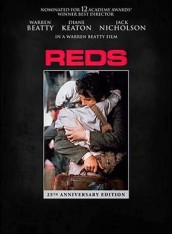 While speaking at the 2011 TCM Classic Film Festival for a screening of his 1981 film, he revealed why he’s been so sluggish in doing another movie and how he likens it to vomiting

While speaking at the 2011 TCM Classic Film Festival screening of his 1981 epic film REDS with moderator Alec Baldwin, writer-director-producer-actor Warren Beatty spoke about wanting to make more movies, but admitted he was a sluggish decision maker.

“There’s a point where this little thing called life [happens],” says Beatty. “I have an 11-year-old, a 14-year-old, a 16-year-old and now a just turned 19-year-old. With each one of them, I feel that I have four small Middle Eastern countries I  have to negotiate with. Each one of them is more interesting than five movies. But I’m going to make another movie. In fact I might make several. It might be better I get out of their way.”

Of course, the big reason why he doesn’t do films that often, is he likens it to vomiting, which is why he feels he hasn’t done too many films that he feels he’s “sold out” on.

“Sometimes I’ve done things that were maybe lighter and little bit sillier, but I didn’t do it for the money really,” he admits. “I did it to have some fun. Usually they’re not very much fun. Katherine Hepburn used to say, ‘a happy movie is a bad movie.’ For me, I became a kind of control freak early, so for me, I always say, making a movie for me is very similar to vomiting. I don’t like to vomit, and I don’t vomit that very often, but there are times that you don’t want vomit, but you may feel better if you do. That’s what generally happens. It happened on REDS and most every movie I produced. I tried to avoid making it for a long time.”