Home » Music Review: Over the Rhine – THE LONG SURRENDER 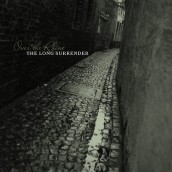 Things have certainly mellowed for the husband wife duo of Linford Detweiler and Karin Bergquist who write and perform as Over the Rhine.

When they started off in the early ‘90s, they provided a perfect blend of alternative angst with Bergquist’s raspy vocals echoing a much smoother sounding Johnette Napolitano of Concrete Blonde.

While the band had its followers, they never did fully receive the credit they deserved, but have continued to produce solid efforts over the last 20 years.

With THE LONG SURRENDER, the group finds themselves in a much more somber groove with  this smoky set of 13 songs were produced by Joe Henry and they champion ambiance and mood over breakout pop.

The tracks are all quite solid, from the playful “Rock On” to the folky “Undamned.” Many of them are also propelled by piano accompaniment, and they never quite break a sweat into straight forward rock. Still, there’s something to be said for setting a consistent mood, especially when you have songs as perfect as “Only God Can Save Us Now” and the luscious harmony-drenched “Oh Yeah, By the Way”

Over the Rhine have always sounded like a band out of time and THE LONG SURRENDER continues that streak. It’s an eclectic mix of tone, tempo and stylings – but it’s never boring and the musical layers continue to reveal themselves upon repeated listens.