Home » Interview: John Wells gets SHAMELESS when it comes to projects – Part 1 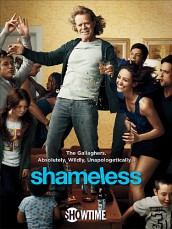 Interview: John Wells gets SHAMELESS when it comes to projects – Part 1 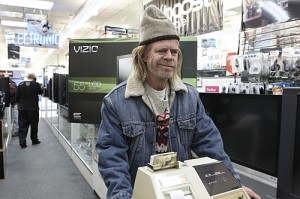 Meanwhile, over on TNT, the gritty L.A. police drama SOUTHLAND is in its third season.

What do these two shows have in common? John Wells, a TV legend for his work on ER, THE WEST WING, THIRD WATCH and CHINA BEACH (to name a few), is executive producer on both series. Wells, whose feature film directing debut THE COMPANY MEN is currently in theaters, takes time to talk about his current television projects in Part 1 of our interview.

ASSIGNMENT X: How did SHAMELESS wind up at Showtime?

JOHN WELLS: About two years of that was negotiating a deal with Channel Four and Company Productions. Paul [Abbott] wanted us to do it and he had a say in it, but he didn’t own it, so we had a very lengthy negotiation to figure out how to get the rights. And then it was sort of casually at NBC for awhile, when Ben Silverman was there. He had said he wanted to do it – he had done a number of English imports.

I was always very concerned that we wouldn’t be able to do the content. Not that it has to be exactly the same content, but a certain pulling back [to accommodate broadcast network standards] would make it not the same show. And then it was at HBO for about three-and-a-half years. Carolyn Strauss bought it and then the new administration came in and they went back and forth on it, we did some notes for about a year and then they decided they didn’t want to do it. And then it was at Showtime for a minute, and they decided they wanted to do it.

AX: What was it about SHAMELESS that made you stick with the project through all that?

WELLS: It was terrific material. Obviously, it’s an exaggeration of the world that anybody knows, but one of the things that was kind of remarkable about testing this show was how many people say to us, “Frank reminds me of my dad.” “Really?” “Well, not all of it …” But there are archetypes in here about how a lot of families live and the people and the things that we deal with, and we are pushing the boundaries of that to try and make it funny – we want to make you laugh – but it really is a world in which a lot of people live and have to survive, and I was always very, very attracted to that.

AX: How did you come to cast William H. Macy as Frank?

WELLS: I called Billy, he read it and called me back on Friday, I called Bob on Monday and said, “Bill wants to do it,” and he said, “Great, let’s do it.” It was about seven years at that point, because that was like a year and a half ago. And so, [fellow executive producer] Andrew Stearn and I, we’ve been working on it all those years, we kind of stared at each other and said, “Well, that was easy, in a really, really hard way” [laughs].

AX: To ask a kind of nitpicky question, are the same number of kids in this SHAMELESS who were in the British version?

WELLS: Yes. Particularly the first couple of episodes are very faithful to the original. It then becomes increasingly different as it goes on, partially because things changed so much in the British version. James McAvoy left and the woman playing Fiona left after about eight or nine episodes, and so that kind of changed the whole direction that they were going in, so the show – not unlike THE OFFICE or other series [adapted from British originals to American television] – you begin to progress out of those early episodes and you make changes and follow the cast that you have – what are their strengths, what do they bring to it, the actors, you kind of discover what they’re bringing. And then it moves more towards them. So the third episode is completely original, it doesn’t have anything in it from the English one, the fourth and fifth episodes have kind of like half stories from the English series. 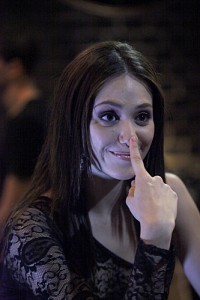 AX: Can you talk about specific similarities and differences between SHAMELESS on Showtime and the original British version?

WELLS: [The actors] bring different qualities to it. Our Lip is different and our Kevin and Veronica are different. We had the great luxury of cherry-picking the stories that we like out of the British series that we think are appropriate for our audience, doing it in America, and exploring what does that actor in that part doing that’s interesting that I want to know more about.

We’ve cherry-picked Monica’s return with her gay lover, we’ve cherry-picked Frank faking his death, we cherry-picked Karen and Frank, which you’ve just got to do. [Ian] ends up having another relationship during the course of this season, which starts to show what I think is that necessary progression of, “Wait a second, I have other options and what should they be?” I’m not sure that the next decision that he makes is a wise one, but it is in its own way a progression. He has another gay relationship that is more age-appropriate, but not necessarily a good decision. He’s a young adult. Whether you’re gay or straight, you make choices and some of them are right and some of them are wrong and you learn through that process. It’s a normal adult sexuality.

AX: You have a number of characters who belong to minority groups – gender, ethnic – behaving in some outrageous ways – per the title of SHAMELESS. Did you have any concerns about the audience thinking you’re making overall statements?

WELLS: We had a lot of discussions early on about wanting to make certain that we didn’t pay attention to whether or not the individual character had to be the representative character for that group. Like “I am the gay character,” and had to carry this huge bag of expectations, because there are so few real, honest portrayals of gay characters on television. We had that conversation about Veronica and we had honestly going into it more concerns about the sexuality between Veronica and Kev, because I’ve had a lot of qualms in the past in making black characters who were sexually voracious feeding into a stereotype and so we actually thought about that more. I hope we’ve reached a point with gay characters and gay teenagers on television that we can have characters who don’t have to represent the entire experience.

AX: Did you have any concerns over watchdog groups objecting to any of the content?

WELLS: Because of the title of the show, every single time we came up against one of those questions and it came up, we literally looked at each other and said, “F*ck it.” The whole purpose behind doing the show and what I love about the show, beyond the fact that we can be funny and there’s a lot of social commentary that passes for humor in the piece, you’ll see that, particularly as we go forward, there’s like a lot of stuff that’s said that you think [in real life but don’t say] that our characters can actually say. But we also felt, let’s just be completely honest about the diversity that we actually really have in all these different communities.

AX: Given the strength of SHAMELESS’ ratings, are you starting to plot second season, or have you already started?

WELLS: No, we haven’t, because we’re still finishing the first one. What we’ll start doing, which is what I always do at the end of the [production] year, unless you know it’s never coming back, which has happened in the past [laughs], is we will sit down and start having meetings with Mark Mylod, who’s one of the executive producers [and] also a director, and Paul [Abbott], while he’s in town, and Andrew [Stearns], and a few of them, and start talking about, “Okay, what worked, what didn’t work?” Then I’ll get the writing staff back together again and we’ll talk about what worked and what didn’t work while it’s on the top of our minds, while we’re remembering it, and then we will start to kind of put things together and hopefully they’ll give us some more time to do it.

AX: Will Season One end on perhaps a more cliffhanger note than it might have if you didn’t know you were coming back?
WELLS: It’s not really a cliffhanger, because we try do every episode so that it can finish on its own. There are only one set of episodes that are really tied together and that’s the return of Monica, who’s the mother who disappeared, played by Chloe Webb. I’ve done enough series now that when I really care about it, I want to make sure that if it was the last one you ever saw, you feel like you didn’t get completely messed up [laughs], because you never know.

AX: Anything else you’d like to say about SHAMELESS?

WELLS: What I’d like to say about the show is that it is good, filthy fun, but the undercurrent of it is, we’re actually trying to say quite a bit about the preconceptions we have about a lot of people in this society.