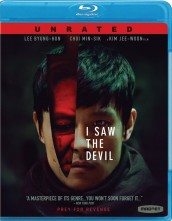 Also worth checking out: BLACK DEATH, COUGARS INC., BLUE VALENTINE, a pair of DOCTOR WHO DVDs and more 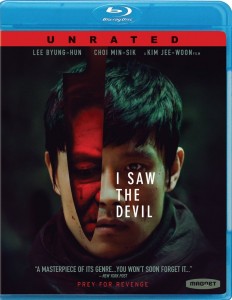 The film begins with a crazy dude that abducts a girl off a road and brutally murders her. Turns out she is not only the daughter of the chief of police but one of the police’s top detectives is married to her. Hell bent on getting his revenge, the detective tracks the killer down (after he’s brutally killed two other women) and plants a tracking device on him. Instead of extracting his revenge in one fell swoop, the cop takes his time, breaking his arm, cutting his Achilles tendon, making his life a nightmare before sealing the deal. The film takes us on a fascinating journey into the depravity of a world gone made with killers everywhere – some just killing for fun, others killing to eat the flesh of their victims. Plenty of brutality, some great twists and a general interesting storyline, this is not only one you should check out but keep in your collection. 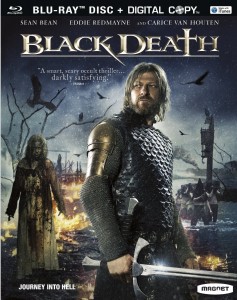 BLACK DEATH – In a time when the Black Death was gripping Europe in fear and pestilence, a small, remote village seems to be unaffected by the disease. A group of soldiers and a young priest set off to discover why fearing that it is devil’s work. After a treacherous journey and losing some of its members along the way, they find the village to be indeed usurped but not by some supernatural presence but by people that have denounced God because of the horrors the holy being has brought upon the Earth. It is a smart, twist filled thriller that keeps you guessing until the end when all is revealed. Definitely worth checking out and on Blu-ray the landscape and gore come across vivid and amazing.

COUGARS INC. – Capitalizing on the AMERICAN PIE-ish appeal of sexy comedies and the trend of older women hooking up with younger guys (i.e. cougars), comes this merely OK film about a troubled youth that starts his own escort agency for older chicks that need some loving from their less-than-attentive husbands. Of course, the older chicks in question are totally fit and totally hot but hey at least they get brownie points for carrying the theme throughout the entire film even if it does try to work in some “lessons learned” plotlines along the way. 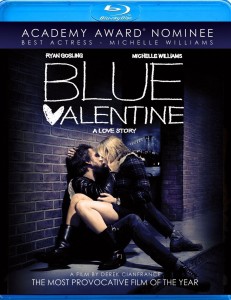 BLUE VALENTINE – This is a movie that makes you wonder why you watched it after you are done. Not because it is a bad flick necessarily, or poorly acted, but because it is utterly depressing. Over the course of nearly two hours we see the trials and tribulations of a couple rife with problems. As soon as you think the situation improves we are either moved ahead to another part of their lives or shot back to the past to see how bad things have been or will be. By the end, as I said, you want to punch a baby. Still, if you want to be angry and depressed worth a Netflix rental. 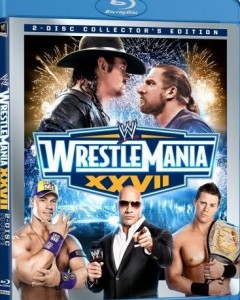 WRESTLEMANIA 27 – The once-a-year wrestling extravaganza comes home again with the return of The Rock Dwayne Johnson, the dream match between Triple H and the Undertaker, a tension-filled match between The Miz and John Cena, and one of the final performances of Edge as he takes on Alberto Del Rio. Plus much more. 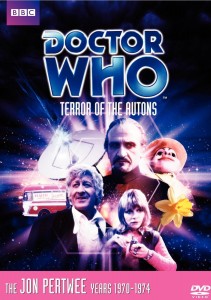 DOCTOR WHO: TERROR OF THE AUTONS – Jon Pertwee is once again the Doctor on DVD with The Master in tow doing what the Master does best – threatening all of humanity with extinction. Of course, the one person that can and will stop him is The Doctor, his nemesis. But how will he face off against hordes of faceless automatons that the Master has control over? In only ways that the Doctor can do. The original color version of this episode was lost originally and only a black and white copy was circulating. However, now they have restored the episode to color for the first time since it was lost. Very cool indeed. 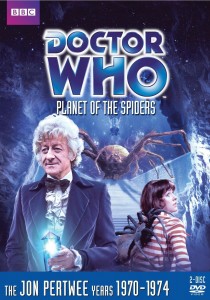 DOCTOR WHO: PLANET OF THE SPIDERS – Pertwee’s finale as the Doctor brings together all of the elements that made his run as the epic time traveler that much fun: UNIT, an earthbound story, gadgets, cheesy villains and of course, Sara Jane Smith (played by recently departed Elisabeth Sladen). While the story is less fast-paced than some of the other Pertwee adventures, it gives the actor time to give his final curtain call in all the ways that we would like him to do. It is a must have for Pertwee fans.

WEBSTER – SEASON TWO – The little guy makes his second stint on DVD as he settles into his new life with his new parents and their high-brow way of life. The DVD set includes all of the episodes from the second season that aired in the 1980s.