This movie just got a little more exciting

Then, Warner Bros. sneaks this first look of actor Henry Cavill as Superman, and well, it’s pretty freakin’ cool. The ghost of Christopher Reeve and near lookalike Brandon Routh is giving way for a more modern caped crusader.

The movie opens June 14, 2013 – so we have a long time to wait before fanboy nirvana (or exhaustion hits), but for now, nicely done. 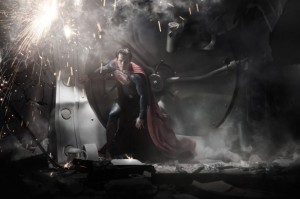 Henry Cavill as Superman in MAN OF STEEL| ©2011 Warner Bros./DC