As a fan, he doesn't want to know anything that's going to happen (even though he could probably pry that info out of Stephen Moffat)

Russell T. Davies, the man most directly responsible for the resurrection of the DOCTOR WHO franchise in 2005, was on hand at the Television Critic’s Association to promote his upcoming fourth season of TORCHWOOD, also a WHO connected show. And, of course, ASSIGNMENT X couldn’t resist asking his thoughts on the new DOCTOR WHO series post his exit. 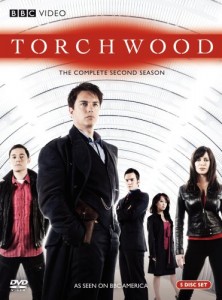 “Of course I love it! Stephen Moffat’s most important role is to get me a DVD before that Saturday of transmission,” says Davies. “This new season it’s going to go out on BBC America on the same day, but I still want the DVD because it won’t have adverts!”

Davies, who was a fan of the show from childhood, has re-discovered his passion for the series and can’t get enough of it.

“I’m loving it, I am absolutely loving it,” Davies says. “This morning before I came to Pasadena I was sitting there reading the DOCTOR WHO Series Companion Part 2 and reading about the cut scenes from ‘The Hungry Earth’, and I thought, ‘What a fan am I?”’Can’t wait for the new series, can’t wait!”

The former WHO showrunner went on to explain that he does have some creative links to the series, since he is in charge of the WHO spin-off THE SARAH JANE ADVENTURES, but he does like to be left in the dark

“I really don’t want to know what’s happening,” he explains. “I have to know some things, because I am still running THE SARAH JANE ADVENTURES, and there’s no specific crossover, but we have to make sure we’re in the same universe. For example I got a call from my agent yesterday about something in DOCTOR WHO, that I’m not going to tell you, but it thrilled me, and I thought God that’s exciting! I have tiny moments of contact, but I don’t want too many of them because I want to sit and watch it like a kid.”

CLICK HERE for more interviews, reviews and more on DOCTOR WHO

CLICK HERE for interviews, reviews and more on TORCHWOOD