Home » The Dork Side: Breaking up with AMERICAN IDOL 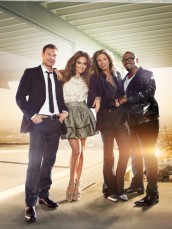 The Dork Side: Breaking up with AMERICAN IDOL

Sorry, AMERICAN IDOL, but Sonia is just not that into you

I am breaking up with someone.

We were together for almost 10 years. The first couple of years were great. They were fun, and I really enjoyed our time together. In later years, I started to look at our relationship more like work than fun. I found myself getting frustrated and bored. Sure, we made changes to try to keep things fresh, but ultimately they fell flat.

This is really hard for me to say, but I’m sorry, AMERICAN IDOL. I’m just not that into you. 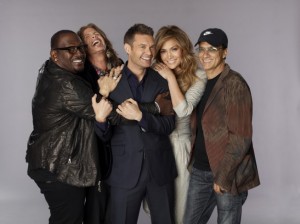 I used to love AMERICAN IDOL. I used to watch every glorious minute of it. From the never-ending audition episodes to the bloated two-hour finale, I watched it all. I used to go over to friends’ houses to watch. We’d have dinner and wine, and we’d watched the show and provide “clever” commentary. Sometimes, I even voted. (You’re welcome, Taylor Hicks.)

I was a proud AMERICAN IDOL fan, who defended it against critics who claimed it was destroying television and music. It was an entertaining show. Yeah, it’s wasn’t going to win awards or make you think (about anything), but it was a fun way to kill some time, and maybe, just maybe you might hear a really good singer.

But, probably around the 12th time I had to sit through a crappy singer warbling his way through “I Don’t Want to Miss a Thing,” I started to get restless.

I was annoyed with the judges. They would put really mediocre singers through to top slots, only to later complain that these singers were not very good and chastise the voters who were putting them through to the next round. “You put them on the show in the first place, you damn idiots!” I would yell at the TV.

Look at SO YOU THINK YOU CAN DANCE: The top 20 dancers on that show — they can really dance. They are amazingly talented. You don’t get to the top on SYTYCD if you are not really, really good. Now look at the top 20 on the last few seasons of AMERICAN IDOL: Maybe half of them were decent, several made it through based on their looks or personality. It’s frustrating to watch a good singer not make the cut, because they think a lesser singer is cuter and more marketable (I’m looking at you, Aaron Kelly from last season).

It became less about singing and more about marketing. Some might argue that the show was always that way, but I really don’t think so. I think the show became more about which singer they could control and package after Taylor Hicks. After he won, the show’s producers were like, “Seriously, America? You can’t be trusted. Now vote for Jordan Sparks or you’ll be sorry.”

As the show progressed, they dropped Paula Abdul as a judge and added Kara What’s Her Face. I don’t know why the producers wanted to fix something that wasn’t broke. Randy Jackson’s comments slowly turned into the same thing: “I don’t know, dawg. It was a little pitchy. It didn’t work for me.” Then, to make matters worse, they added Ellen DeGeneres as a judge. I love Ellen, but she has no music cred and clearly isn’t comfortable critiquing people. It was a weird move that further alienated me.

Simon was the lone voice of reason and now he’s gone.

The additions of Steven Tyler and J.Lo as judges only reaffirm that I’m doing the right thing.

Of course, I’m not really quitting cold turkey. I’ve been gradually cutting back for years now. I used to watch all of it. A few years ago, I stopped watching the audition rounds and joined the show during Hollywood Week. The last two years, I stopped watching the results show completely, opting to look up online who got eliminated. This year, I think I’m finally ready to stop watching all together.

I deleted my season pass for AMERICAN IDOL on my DVR, which is the equivalent of removing an ex’s number from your cell. I unfriended it on Facebook and unfollowed it on Twitter. Unfortunately, I can’t block AMERICAN IDOL completely from my life. It’s everywhere right now. My husband says this is an empty threat. He is convinced that I will break down and beg AMERICAN IDOL to take me back by Hollywood Week.

I will try to remain strong, by filling the void with terrific shows I never had the time to watch before such as BREAKING BAD. My husband has never seen THE WIRE. There are plenty of really great shows out there that are more deserving of my time.