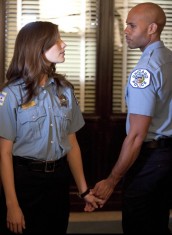 The actors talk about playing cops on the Fox drama 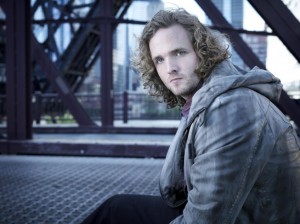 On Fox’s THE CHICAGO CODE, which has its series finale tonight at 9 PM, a group of police officers under the direction of Police Commissioner Colvin (Jennifer Beals) are trying to take down corrupt Alderman Gibbons (Delroy Lindo), while other beat cops, unaware of the operation, go about the daily business of stopping crime. Devin Kelley and Todd Williams play patrol officer partners Vonda Wysocki and Isaac Joiner, respectively, while Billy Lush plays undercover officer Liam Hennessey. The three actors stand together to talk about their experiences working in CHICAGO. [Editor’s Note: These interviews took place before the recent announcement of the show’s cancellation].

ASSIGNMENT X: Can you all talk about your characters and whose side you’re on?

DEVIN KELLEY: I play officer Vonda Wysocki. Jason Clarke’s character, Jarek Wysocki, is my uncle. So I’m a young rookie cop. I work a beat in the force. Isaac Joiner, Todd Williams’ character, is my partner. I guess in the battle between good and bad, we’re the good guys, we’re fighting the Man. We are a little bit involved in the main story with what Jarek and Caleb [played by Matt Laurie] have going on, but we get some fun stuff going on. What beat coppers deal with on the streets is clearly different from what detectives deal with, so we kind of get a whole range, of murders, foot chases, fights. 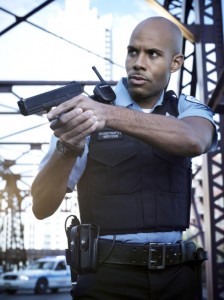 TODD WILLIAMS: Yeah, all of it. I play Isaac Joiner. Isaac, he’s cool, kind of cocky – I think he’s just overly confident type of cop that happens to be addicted to the adrenaline that comes from the job. He loves danger, he loves the runnin’ and gunnin’, he loves catching people and getting shot at, so a lot of times, he’s running into these sorts of situations.

KELLEY: Being shot at is a great perk of the job [laughs].

WILLIAMS: Definitely, definitely. And Vonda – it doesn’t really specify how long they’ve been partners for, but they have a very good rapport with one another. Isaac, something happens and he’s running towards it, even though she might not always be down with his decisions, she always backs him up. So it really makes them good partners.

KELLEY: I have his back – we have each other’s backs. Isaac’s the first one to maybe break a rule if it means getting the job done, whereas Vonda keeps in mind the family name. My dad, who was killed in the line of duty, and my uncle Jarek, and my grandpa were on the force – I kind of have a big legacy to be true to and to uphold, but when push comes to shove, Vonda’s not going to leave her partner hanging.

BILLY LUSH: I play Liam Hennessey. I’m an undercover police officer for the Chicago Police Department, and my main objective is to bring down Alderman Ronan Gibbons, played by Delroy Lindo, and anyone associated with him, [both in the mob] and in political office. It correlates to the Irish mob and that’s how I get started, through the Irish mob faction with Alderman Gibbons, and then I just work my way up. Each episode, I’m going up the ladder, meeting Alderman Gibbons and doing his business. And it starts out pretty nice, he seems like a great guy, like he’s doing a lot of great stuff for the community, and then you see tidbits of the illegal stuff and it does get pretty hairy. There’s a girl involved in the later episodes, and that gets pretty confusing and it just gets really fun for an actor to play. 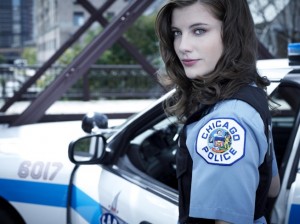 KELLEY: Vonda and Isaac – we know Liam as the bad guy, as an Irish mobster, so we go on some calls where we go into bars where the Irish mob is acting up, and Liam’s been there and we just think he’s a regular screw-up.

AX: Most of the CHICAGO CODE had ride-alongs with members of the Chicago Police Department. Did you learn anything during your ride-alongs?

LUSH: Mine was pretty timid. It was Easter evening. We were in Chicago, so we didn’t have any family there, so we went on ride-alongs. It was raining, there was no crime. We picked up some witnesses – they still scared the hell out of me [laughs]. And then went to the city morgue, which was interesting, because I had never seen a dead body, ever, so that was pretty interesting.

KELLEY: We’ll never forget the smell [laughs]. I was on the same night as Billy, and then I went one more time, and on the Living Crazy project, we weren’t shot at, we weren’t solving murder scenes, but just to see how they work on the streets and how the cops interact with the people of the neighborhood was a lesson learned for me.

WILLIAMS: My ride-along – the first one [on Easter Sunday] was uneventful. We were hearing from Jason and Matt, because they went on a ride-along, they were telling us all how exciting it was, and all of this stuff happened, and I went, “Oh, okay, yeah, let’s go.” So we get suited up, get [bulletproof-]vested up, feeling good. Get out there, it starts raining – and apparently, crime goes down when it rains. I thought crime was twenty-four-seven. So everything slowed down and then our car broke down in the middle of some block, so they ended up having to call one of the other squad cars to literally push us to the closest precinct. So we get to the precinct, switched cars – it was pretty uneventful the first time. The second time – there were a lot of foot chases that night, it was warm out, so people had to get out and run, get some cardio on – it was cool.

AX: Do you need to train to run?

WILLIAMS: Oh, my God. Let me tell you something. In the pilot, we run. At first, it feels good, because it opens up the lungs, you feel good, you go, “All right, you know what? I feel good chasing this guy down.” By Take Seven, it’s not fun any more [laughs]. You want to sit down, you want a glass of water or something like that. So it definitely prepared me, because as the episodes progressed, we are chasing people down, because we’re the element on the street, unlike the detectives that only handle homicides and situations like that, we’re always dealing with the street element. So any things or problems that arise, we’re always having to chase people down, tackle people, a lot of stuff. It’s very physical. 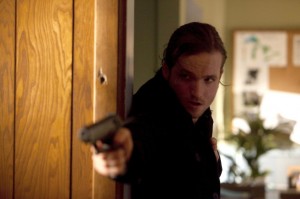 AX: Were you part of the visit to the morgue?

WILLIAMS: I was. I said, if it was going to be uneventful, at least I should see the morgue, just because I wanted a full experience, just to know in a sensory way what it was like. And let me tell you – have you ever been in a morgue? It is an experience unto itself. It’s very humbling, actually. One thing that you never forget is the smell. That’s it.

WILLIAMS: I think he’s different. I mean, I think every cop is an individual. They’re all wearing the blues, but they all have individual personalities. Take Isaac versus Vonda. Vonda’s a different-thinking cop than Isaac. When it comes down to it, their commonality is that, when there’s danger, they’ll both go to it, but they’ll handle the situations differently. Whereas Isaac just wants to chase people down, cuff them, put them in the car, she’s weighing the pros and cons of the situation – “Should we call for backup?” No one wants to get hurt, but Isaac doesn’t really think of his own mortality, and so that’s probably his thing. He doesn’t weigh the gravity of the situation when he goes into it. It’s like, “Well, look, I’ve got a job to do. If I get killed, I’m not really thinking about it – all I’m thinking about is apprehending the suspect.”

AX: CHICAGO CODE creator/show runner Shawn Ryan won a lot of acclaim for his previous police series THE SHIELD, which ran for seven years on FX. Were you familiar with Shawn Ryan’s work before being cast in CHICAGO CODE?

LUSH: I had seen one episode of THE SHIELD, but throughout the shooting process, I watched every season of THE SHIELD, and I was like, “Oh, my God. I am so lucky.” I didn’t realize how lucky I was until midway through production.

AX: So did you become progressively more intimidated by Shawn Ryan?

LUSH: I am totally [intimidated] by him. He was always really friendly, but I don’t know, there’s something about him. And then, yeah, after watching THE SHIELD, I was like, “I’m not going to talk to him” [laughs].

KELLEY: Honestly, I walked into the audition and didn’t know which way was up, didn’t know anything, and then got it and figured I probably should do some research. I think it was the best thing I went to the audition not knowing what a big deal [Ryan] is, because I would have done myself a huge disservice. So I watched THE SHIELD – I had the same thing as Billy – I’ve gotten through the first season and it gave me terrible nightmares [laughs] and I lived in an apartment that I was generally alone in, in Chicago, and I was too scared to be alone in the apartment. I was watching by myself at night, so I gave myself a breather, but now that I’m back at home in L.A., I might pick it up again.

AX: Is there anything else you would like to say about THE CHICAGO CODE?

LUSH: There are a lot of great things about the show. It’s just been an incredible experience. There are just too many things to talk about. [Police technical advisor] John Folino would be there almost every day to tell you how real Chicago police [do specific aspects of the job]. It was awesome to have that. I did this paramedic show, and people who were real paramedics said, “Oh, man, that show is bad, I’d never watch it,” and they’d hate it. I don’t think that this is the case at all [on CHICAGO CODE], because I feel as though it’s pretty accurate.

KELLEY: I think that we have so many wonderful ingredients. We have Shawn Ryan, who’s clearly one of the best writers out there, and we have an amazing writing staff. Chicago is an awesome city that was a total blast to film everything in, and we have the Chicago Police Department backing us. So we went for one hundred percent authenticity and it’s been wild. It’s been a total head rush,.