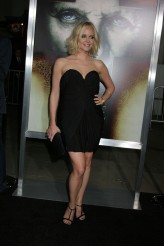 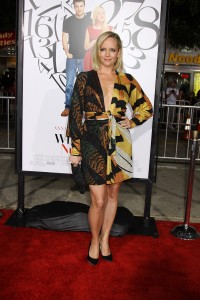 Marley Shelton at the Los Angeles Premiere of WHAT'S YOUR NUMBER? | ©2011 Sue Schneider

Not many characters survived the bloodshed of SCREAM 4, but Deputy Judy Hicks (played by Marley Shelton) managed to come out okay and ready for future SCREAM movies.

For Shelton, playing the quirky officer of the law who may or may not have involvement in the recent killings in the small town of Woodsboro was a career highlight.

The film, directed by Wes Craven who helmed the previous three movies, just hit Blu-ray and DVD and the actress spoke with ASSIGNMENT X in this exclusive interview about her role in the film and wanting to return for more.

ASSIGNMENT X: The SCREAM films are always incredibly intricate and complicated, but are they just as complicated for the actors? Do they also let you know whether you were the killer or not while shooting?

MARLEY SHELTON: I definitely knew I wasn’t going to be a killer, but I also knew I was a red herring. I think the trick of that was to play it as straight as possible – otherwise you don’t want to tip your hand too much. Judy Hicks is already wacky enough to do this, she didn’t need a lot of help. Just who she was, created a lot of the red herrings.

AX: How much of the character of Judy was on the page and how much were you allowed to bring out of her?

SHELTON: When I auditioned, it was the Kevin Williamson draft – and he just writes the coolest, weirdest characters. There was a lot of her on the page. There was also so many different ways to play this woman. I did three different versions for Wes for what she could be. When they cast me, I was like “which version do you want?” What we came up with was a combination of all three – that was how Judy was born.

AX: Wes said they were writing things as they were shooting – did that affect your character at all?

SHELTON: It definitely affected us in the sense that we didn’t know what was coming next. It was definitely challenging in preparation in getting rewrites the night before or day of. Thankfully in terms of making choices as an actor we were definitely winging it a little more than usual. Thankfully, none of the rewrites changed the spine of who Judy Hicks was. It didn’t really affect the character I had created for her. 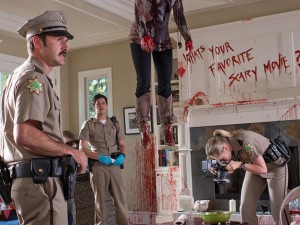 AX: What kind of changes were they making?

SHELTON: They were twisting the plot around and rewriting – coming up with different sequences. We didn’t know if Judy was going to live die until after they had tested the movie. We shot two versions. It would be very easy for me not to pop back up at the end [after getting shot] instead of going “just kidding, I’m wearing a bullet proof vest.” They tested the movie both ways and people wanted Judy to live.

AX: Someone’s got to live – it’s a bloodbath of a movie.

AX: With things changing so fast, were there a lot of things that didn’t make it into the film?

SHELTON: There was a lot of stuff that didn’t make the final cut. There was definitely some deleted scenes. Mostly it had to do with time. We were rewriting as we were going. It was a really long script to begin with – just page count-wise, the running time was way over. There was a lot of air taken out. That’s how it affected my character the most because scenes that existed would get cut down, just to keep the pace going and moving. It was nothing too dramatic plot wise. There was a different ending that didn’t make the final cut. 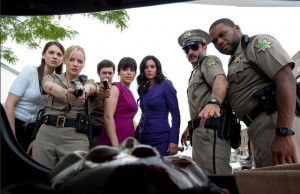 AX: So was Judy going after Dewey [David Arquette], a married man, or was she all innocent?

SHELTON: If anything, he was her hero and she absolutely idolized him. In terms for her innocence, it’s up for the audience to decide. She does save Gale [Courteney Cox] at the end. Even if she was in love with Dewey, the better part of her nature won out in the end

AX: Were you a fan of the SCREAM franchise prior to being involved?

SHELTON: I really was. I remember seeing SCREAM 1 in the theater and just being blown away. I think that movie is flawless. It’s perfect suspense, it’s self-referencing and yet scary at the same time, which I think is impossible to pull off. I don’t know how Wes and Kevin Williamson do that. It was also a perfectly made movie. The performances are incredible. Yes, I’m a huge fan of the franchise and it was a huge honor to be part of it.

AX: Your career was just starting when the three movies came out – did you audition for the first three movies at all?

SHELTON: I auditioned for the first one. The working title was SCARY MOVIE. I remember reading it and being terrified and thinking “this is the best thing ever.” 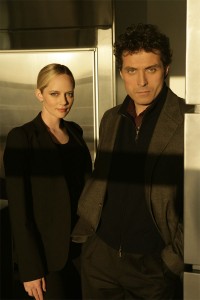 SHELTON: It really is – it’s cool, you never know how these things are going to play out.

AX: Are you getting a lot more attention from SCREAM fans?

SHELTON: You can’t underestimate the SCREAM fans – they’re a different breed. They’re very devoted and passionate fans. Like I say, it’s an honor to be part of something that has had such an impact and also breaking ground in the horror genre. Not to mention working with Wes Craven – it’s a very cool thing to be part of. I’m glad Judy was well-received and people think she’s funny. It was cool.

AX: How was your experience working on the ELEVENTH HOUR TV series – especially since it only lasted one season?

SHELTON: I think that it was an amazing experience. I loved working with Rufus Sewell – he’s such an incredible actor. It was sort of the perfect amount of time. That one hour drama world is pretty brutal. It is 18 hours a day, five days a week. The grind is pretty intense. That being said, I would do it again, but I think it felt like it had run its course and it was time to move on. I got pregnant with my first child shortly after, so for me, the timing was perfect.

SHELTON: I have a movie coming out [this month] called THE MIGHTY MACS with Ellen Burstyn, Carla Gugino and David Boreanaz. It’s an independent film, a division of Sony is releasing it, and it’s a wildly different character for me and I play a nun. It was really fun to make and I hope it’s well-received. 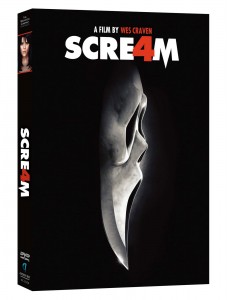 AX: They talked about SCREAM 4 being a part of a new trilogy for SCREAM – are you contracted for other movies after this?

SHELTON: There’s a lot of talk, but nothing contractual – we’ll see what happens. I didn’t die, so that’s always a good thing in terms of coming back.