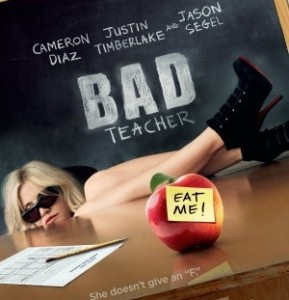 There’s nothing wrong with the wacka-wacka style of pizzicato comedy scoring to hit all of the talking animal orchestral shenanigans for the younger set. And though comedies for older folks might share many of those PG movies’ fondness for bathroom jokes, cute string hits just don’t cut it for potty-mouthed R-rated characters whose best idea for a bodily function is getting it on. And they do the nasty with guitar chords, funk rhythms and saucy pop-jazz, vibes that stand for much of the approach when it comes to scoring contemporary teen-adult comedies.

However, when you’re looking for a composer to give this already-hip style a real edge, then Michael Andrews is your man for bad behavior, particularly when it comes to the nasty girls of BRIDESMAIDS and BAD TEACHER.

Already making a name for himself in LA’s alt. music scene when he scored the cult TV series FREAKS AND GEEKS, Andrews’ breakout score with the “Mad World” weirdness of DONNIE DARKO proved to be the anomaly, as the surf guitar sound of ORANGE COUNTY and the in-your-face skiers of OUT COLD set a fun, edgy tone to come for Andrews’ work.

Creating a eccentric sound for the off-beat female heroines of the show WONDERFALLS and Miranda July’s acclaimed ME AND YOU AND EVERYONE WE KNOW, Andrews has since provided music for rambunctious airport-trapped kids in UNACCOMPANIED MINORS, spanned the mock history of country pop in WALK HARD, created an unplugged sound for CYRUS’ mama’s boy, heard a conversely melancholy vibe for FUNNY PEOPLE and gave courage to the shrimp with a chip on his shoulder with SHE’S OUT OF MY LEAGUE.

It’s the big ones that Michael Andrews has hit this summer with his twin scores for the boxoffice successes of BRIDESMAIDS and BAD TEACHER. One soundtrack is a sympathetic combo of alt. lounge and funk empowerment for a single woman overcome by her best friend’s marriage, while the other bumps and grinds with the twisted grrlll power of a teacher out to get a new rack come hell or high school.

Unified in sound, but different in their alt. approaches, Andrews’ work is epitome of cool “chick flick” music, for two movies directed by men who know how to get laughs by being as naughty as they wanna be. Yet don’t mistake these pictures’ commercial legs as sounding anything less then smartly creative from one of the more intriguing composers on the R-rated comedy block.

ASSIGNMENT X: Along with composers like Chris Beck and Theodore Shapiro, you’re really specializing in the “funk-rock” approach. It’s an approach that also draws on your other work as an alt. rock performer.

MICHAEL ANDREWS: I think that style reminds people to have fun, because dance music is such a big part of our culture. There’s a lot of alternate style of rhythms going on in the world of popular music. Yet I don’t exactly see myself exactly in the same world as those guys, who can also cross over to be more traditional than I’ve ever been. In any orchestra, there’s the guy with the baton, and then there’s the guy with the instrument, which is me. I just never stopped being in bands, so I approach my scores as if I was doing a small ensemble thing.

If I use an orchestra, then it’s sort of like a sweetener. Now orchestral music doesn’t really exist outside of film in popular culture.  I challenge anybody to name a contemporary orchestral composer outside of the movies. We’re in a world of rock in roll, hip-hop and R&B. We’re not in the 40’s and 20’s anymore. People want their movies to feel like real life. I love orchestral music, don’t get me wrong. But there’s a whole number of reasons why it’s not in films as much anymore. It’s money, time, unions, directors and culture. It’s everything.  People want different stuff in the film scores. 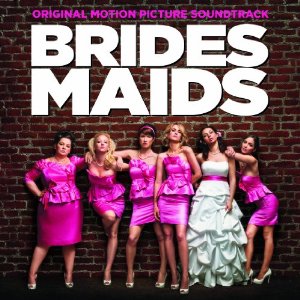 AX: You’ve worked with BRIDESMAIDS’ director Paul Feig before on FREAKS AND GEEKS and UNACCOMPANIED MINORS before. What do you think it is that sets him apart as a comedy director?

ANDREWS: He’s an incredibly quirky guy who has a very unique perspective. He’s also an emotionally sensitive guy who roots for the underdog. It’s a cool perspective that he brought to FREAKS AND GEEKS, which made that show such a special thing. He basically took his experience and put it on the TV screen.

AX: Judd Apatow, whom you scored FUNNY PEOPLE for, is also a producer on BRIDESMAIDS. He has a very interesting way of using music in his comedies.

ANDREWS: I think that Judd likes to let the audience decide how to feel about things.  A lot of the time when you put music on something it sort of directs the emotion a bit. Judd’s okay with that sometimes, but he’s also very cautious of using music as a vice to make people feel a certain way.  I don’t think he likes it to be manipulative. He’s just cautious, and he likes things to play things for real so viewers can decide how to feel for themselves.

AX: While BRIDESMAIDS had a bunch of great sight gags, it has far more of a realistic feel. How did Paul and Judd want your score to play the jokes, but also work with the film’s unforced feel?

ANDREWS: I don’t mind when a score hits the joke. But in a movie like this, I just feel that everybody is so good that they don’t need much musical help. I’m cool with as little score as possible because of that. None of us on BRIDESMAIDS wanted the music to feel like “score.” There isn’t this traditional thinking of themes following the characters around emotionally. For the most part, ever scene operates on its own in a real life timeline.  So there’s not really a repetition of themes that much. There wasn’t a lot of score in FUNNY PEOPLE either because of that approach.

AX: In BRIDESMAIDS, Kristen Wiig’s character is very vulnerable and completely unsure of herself.  BAD TEACHER is this bitch on wheels, yet you still root for her.  Is there this any kind of psychological approach you take for these characters?

ANDREWS: I let the pop music play their energy, and the scoring play more of their emotional elements of the movie- whether it’s their love, disappointment, or introspection. In BRIDESMAIDS, I wanted to give Annie an uncertain vibe that might not be obvious, whereas in BAD TEACHER, I feel like everything that’s in Elizabeth’s music is kind of in the movie. I sort of turned up the color a little bit. I wanted to play her straight most of the time. She’s pretty dark, and I’m playing it pretty light, which tells people that it’s okay to laugh at what goes on in the movie.

AX: BAD TEACHER also reunites you with director Jake Kasdan from ORANGE COUNTY and WALK HARD. He’s gives you some real comic gold here as well, especially in giving you the opportunity to create a military theme for Elizabeth that tells us not to ‘f’ with her.

ANDREWS: Yeah, there are a lot of hybrid genres going on in BAD TEACHER. I’ve got Reggae, and then there’s a “new wave” feel that the orchestra has. I just try to have fun with every score I do, and come up with new sounds.  I’m not too interested in trying do define myself as a particular kind of composer.

AX: There’s also a fun retro-synth sound that BAD TEACHER and BRIDESMAIDS shares with your work on the truly oddball “chick flick” ME AND YOU AND EVERYONE WE KNOW.

ANDREWS: There are “cheesy” synths on all of those score. ME AND YOU was done on a ten-dollar Casio keyboard that I also used to sample my voice and a bunch of instruments on. There’s also a weird home organ on it too. We tried to do something even cheesier on BAD TEACHER with a fake orchestra. I just wanted to go with that vibe.

AX: BAD TEACHER is also more of a traditional comedy score that hits its jokes more than BRIDESMAIDS does.

ANDREWS: I’ve been very hesitant in going into that comedy-pizzicato zone, because it’s a kind of very played.  I wanted to do it in a way that’s not clichéd.  But ultimately, it’s all about the music that a comedy needs, and you just try to do the best you can with the tools at hand. 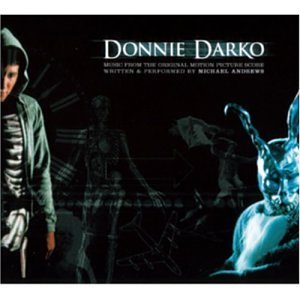 AX: You essentially have no training at all as a musician.  Is there a kind of satisfaction you get from scoring a film that shows how ridiculous teachers can be?

ANDREWS: I never really thought about that.  The irony is that my mom’s a music teacher, which is the funny part.

AX: Did your mom ever ask you why you never went to music school?

ANDREWS: I’m one of eight kids, so my mom didn’t have a lot of time to sit and try to convince me to do anything.  But I could also read a piece once, learn it and not look have to look at the sheet music again. My ear was advanced in a way that sort of kept me away from having to read the notes to know what to play.  I just started listening to music and learning off records and just doing that kind of thing.  And then my mom was like, “Whatever. If you want to go surfing now, you can go surfing.”

AX: The score that really kind of put you on the map was DONNIE DARKO. Yet, you’ve rarely returned to genre scoring since. Is that something you miss?

ANDREWS: Quite honestly, as score is only as popular as the movie is. DONNIE DARKO is a very odd piece.  It has garnered such an underground thing.  To even have done a movie with that kind of following is a wonderful thing. The thing now is that I’ve now been kind of pigeonholed now as a comedy person.  I haven’t done a score like DONNIE DARKO for a number of reasons.  One is I haven’t had a film like that since.  Secondly, ever collaboration with a director is different.  I try to create a unique piece of music for everyone I work with.  I don’t want to do the DARKO thing on somebody else’s movie because I’ve already done that. In certain circles, ME AND YOU AND EVERYONE WE KNOW has as much of a fan base as DONNIE DARKO does. Those are the only two scores of mine that have ever gotten a score release. We’ll see what happens when more of my scores get out in the world.  It’s hard when it only exists in the movie.

AX: What can you do to change getting your scores out there?

ANDREWS: The film business is weird, and it’s hard to get scores released with the record business has crumbling now. What you want to get released also depends on if the movie company wants it out there. I think I’ll have more leverage to release my scores as my status as a film composer increases.

AX: In the end, what do you think makes your scores distinctive?

ANDREWS: I don’t know, since I’m pretty isolated in what I do. I don’t really listen to a ton of score music. While I think I do share a kind of perspective, and aesthetic with some other composers, I definitely don’t want to sound like most people. I’m fortunate enough to just go into my studio and cobble together something that I feel is a part of me, and part of the movie.

Click on the blue titles, and listen to a Michael Andrews cut from the BRIDESMAIDS soundtrack, then check out his score releases for DONNIE DARKO and ME AND YOU AND EVERYONE WE KNOW