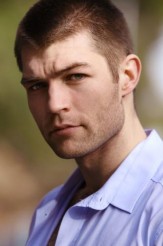 It took a little time, but it looks like Starz has its new Spartacus for its popular TV series SPARTACUS.

And the actor chosen to replace Andy Whitfield (health issues forced him to bow out of the series) is Liam McIntyre.

Hiring McIntyre makes some sense – he’s an Australian actor who lives in New Zealand where the series films and he was recently seen in HBO’s THE PACIFIC.

“Since no one can really replace Andy, we realized that we should instead find an actor who can truly lead SPARTACUS forward,” Starz, LLC, President and CEO Chris Albrecht said today in a statement. “It was important to us to have Andy endorse the idea of recasting this part, which he did in the same heroic manner that he’s dealt with his whole ordeal. And that, coupled with our fortune in finding a young actor with the gladiator credentials and the acting ability of Liam, makes it easier for us to keep this hit franchise going.”

According to the release, Season 2 of the series will find Spartacus and his fellow gladiators now out of Capua and engaged in the massive slave rebellion against Roman society that has echoed through time.

If you can’t wait until next year for Season 2 to debut, Starz has the 6-part prequel SPARTACUS: GODS OF THE ARENA beginning this Friday, January 21, 2011 to tide fans over.