Home » The X List: DESPICABLE ME is one of the Highlights to DVD and Blu-ray Titles This Week 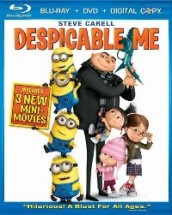 The X List: DESPICABLE ME is one of the Highlights to DVD and Blu-ray Titles This Week

Also out this week: THE A-TEAM, THE TOWN, THE OTHER GUYS, SPACE 1999: THE COMPLETE FIRST SEASON and more 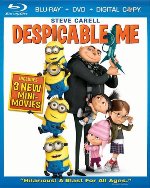 Gru, the world’s greatest villain, along with his heinous crew and minions. The film is downright hilarious and proves that the great comedies of today are no longer just live-action and, in fact, the more things seem to progress the better animated films are at appealing to our funny sides. Definitely get the Blu-ray with this one because not only does the film look so much freaking better, but you also get 3 new mini-movies featuring the Minions as part of the special features.

THE A-TEAM – When it comes to adapting ’80s television to the big screen, this could have been so much worse. In fact, it is quite enjoyable and sets the stage for what probably won’t be a franchise. But considering it was panned by critics and the take at the box office was only so-so it is doubtful this will see a life after this one movie. But if you enjoy non-stop action with a solid cast including Liam Neeson, Bradley Cooper, Jessica Biel and more you will enjoy this. As always, it looks much better in high definition but it is still worthwhile checking out on DVD.

THE OTHER GUYS – A mildly amusing Will Ferrell comedy about him and Mark Wahlberg being lame cops in a city that has super stars. It has its moments that’s for sure as only Ferrell can provide but beyond that it really is typical fare from the comedian. No use getting it on Blu-ray as it won’t provide that much more bang for the buck. But still worth a rental to get your laughs on.

THE TOWN – Ben Affleck’s second directing effort is a good one. A story about a long line of bank robbers in Boston, Affleck, who also stars in the film, is mixed by his friendship with other robbers, love, cops and escaping a past that has no future. It is an interesting take on the classic bad guy thriller. 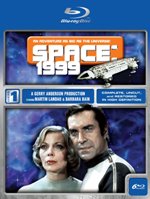 SPACE 1999: THE COMPLETE SEASON ONE – Looking for great 60s science fiction? Well it is finally coming to Blu-ray. After a complete rollout on DVD, this is the first season of  the classic show on Blu-ray with subsequent seasons to follow (assuming this does well). This seven-disc set includes all 24 episodes from the first season that have been remastered and digitally restored prior to being converted to high definition. It also includes new featurettes and bonus material previously unreleased. The cool thing here is that they have repaired many of the episodes for high definition and converted image galleries and more to the format. Cool stuff.

24- SEASON EIGHT – THE COMPLETE FINAL SEASON – What began as a very good season, wavered into mediocrity in the middle before ending with a phenomenal bang as we send Jack Bauer (Kiefer Sutherland) off into the twilight with his fate and future completely unknown. Obviously, they hope to still create a movie from the franchise, but if they don’t, this ended with a fitting finale. All 24 episodes are included here as well as new bonus material and featurettes.