The Dork Side: A FESTIVUS for the rest of us 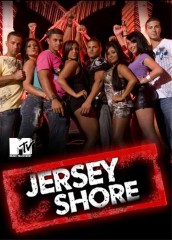 The Dork Side: A FESTIVUS for the rest of us

Our columnist celebrates Festivus by airing her grievances about JERSEY SHORE, TWILIGHT and STAR WARS

I don’t really celebrate Christmas. I’m not a Grinch or anything. I’m just more a Festivus girl.

I have put up my Festivus pole, and I plan to wrestle with the head of the household for the feats of strength. The head of our household is our wiener dog, Homer, so that shouldn’t be too hard.

But my favorite part of Festivus is the airing of the grievances. And, in the spirit of the holiday, I am going to share my list of grievances with you fine folks. 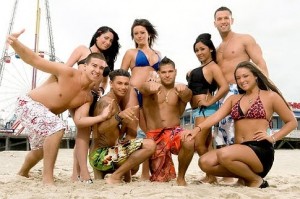 • It’s time for JERSEY SHORE to go away now, please. Do the right thing, MTV. (By the way, did you you know MTV is putting Snooki in the ball in Times Square for New Year’s Eve? Snooki is used to having balls inside of her so this is a serious change for her.)

• I would like people to stop using the word “reboot.” It’s not a reboot. It’s not a reimagining. It’s a remake. Call it what it is.

• You need to start watching COMMUNITY. It’s the funniest show on TV.

• Hollywood, stop mining my childhood for your crappy movie ideas. Everyone who is involved in YOGI BEAR and MARMADUKE should be charged with war crimes.

• Can I get a TERRIERS movie, please?

• Why doesn’t Barbara Walters actually pick fascinating people for her “Most Fascinating People” list? The annual special, airing tonight on ABC, features such “fascinating” people as Sarah Palin (if “fascinating” means “single-handedly destroy America,” then yes, she’s fascinating) and Jennifer Lopez. The most fascinating thing about Jennifer Lopez is that she’s married to Skeletor.

• Between starring in the worst movie trilogy since the STAR WARS prequels (those dreadful MEET THE PARENTS movies) and those NIGHT AT THE MUSEUMS movies, Ben Stiller, you need a new agent. I really like you. I want more TROPIC THUNDER less THE HEARTBREAK KID.

• No more REAL HOUSEWIVES! Come on, how many shows about whiny, self obsessed women do we need? We already have GREY’S ANATOMY.

• And along those lines, no more cooking competition shows. We have TOP CHEF and that’s all we need.

• I don’t care how much money they make, the TWILIGHT movies are terrible.

• George Lucas, please stop messin’ with the original STAR WARS trilogy (really, 3-D re-releases!)  It was fine just the way it was. By the time you are finished with it, it’s going to be the Joan Rivers of movies.