The actor also talks about the issues facing military veterans 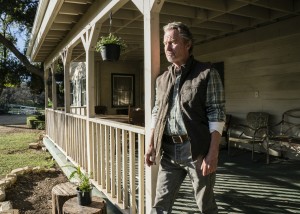 SEAL TEAM, renewed for a fourth season and now re-running its third season Wednesday nights on CBS, with all episodes are available for streaming on CBS All-Access, deals with members of an elite U.S. military group that travels to conflict zones around the globe.

One member of the SEAL Team, Sonny Quinn (A.J. Buckley), acts out and is put on suspension. He returns home to the family ranch, where he butts heads with his father Emmet Quinn, played by John Savage in a four-episode arc.

Savage, originally from New York, is a prolific actor who works constantly. IMDB currently lists eleven upcoming feature films for him. No stranger to dramas about the military, Savage was one of the leads in the Oscar-winning film THE DEER HUNTER, about Viet Nam veterans, and appeared in THE THIN RED LINE, about World War II. Even when he was in the film adaptation of the musical HAIR, Savage’s character Claude was a Viet Nam-era draftee.

One of Savage’s newer credits is the fact-based feature THE LAST FULL MEASURE, about efforts to secure a Medal of Honor for fallen Air Force para-rescue medic William H. Pitsenbarger (played by Jeremy Irvine).

“It’s an honor being considered for an Emmy as a guest on SEAL TEAM,” Savage says in a telephone interview. “I see a great deal that we need to see in the images that are portrayed on the program, just the interaction of those people, and where we might be inspired.”

Savage feels that SEAL TEAM is a helpful portrayal of “these highly trained young men coming back from their duty, special activities with the SEAL Team, and their officers are women back in the camp. The interaction with everybody is just remarkable.”

Describing his SEAL TEAM arc, Savage relates, “My son gets to come back without wanting to, really, because he’s being punished, but absolutely standing up for his commitment to his team, with a bunch of young men who don’t feel it’s that bad anymore, who say, ‘You guys are getting old,’ to the squad team. He stands right up to them in a bar and says, ‘You’re stupid,’ and smacks them right in the face [and tells them], ‘You may not see anybody, but we’re still fighting here. We still have to be conscious.’ The way they do relate to each other, with the frustrations and the disappointments, on the team, and then the extended members of this active team effort, emotionally committed, and then frustrated, and very independent and well-trained. It’s almost like a family. And when he comes home, it’s such an honor to play the father of a young man, who went in, coming back. I’m more conscious at my age of how much people go through with this need to accept the differences in the experience at home, and having a young woman be the mediator. It’s written so well.”

On SEAL TEAM, Savage’s character Emmet and his son “fought a lot. He didn’t want to come see me. But his girlfriend [played by Rachel Boston] convinces him to come back to his ranch, after being recognized for his experiences on the base, where he was sent to be punished. He’s given credit, because he’s able to teach better than men and women who haven’t had the experience of active duty. And he is helping other people. Then he starts to realize, ‘Maybe I’m okay, being back here.’ He goes through the fight, but he has this sort of help, without saying anything, from this young lady who loves him, knows his dad better than he does. And knows that the man is still suffering from the loss of his wife, and maybe the loss of his ranch, and whatever. But he goes back, and wants to put a hand in there. And the guy’s father doesn’t really know – what’s this? Where did this go wrong? What do I do? Maybe I resent it, maybe I don’t. The idea goes further. And when he visits the grave, a lot of emotions are very active for both of them, and he says something to his son that wasn’t planned. It comes from now. What’s the best that he can do for him? And I’m not going to tell you what he did. But the idea that this is something that is evident for a sense of steps to be taken, first to recognize people are different.”

Savage observes that in both reality and on SEAL TEAM, “A lot of [military people] want to isolate when they come back from special duty, and a lot of their buddies won’t let them. ‘You’re here now. We’re here. We’re with you.’ Shake them up a little bit, bring them back to being on the team. This is so important today. I play a dad. And I am a dad. And I am a grandpa.”

In Savage’s real life, “I’ve been involved with vets for years – my family, my father, my grandfather, and their wives, and the communities that were developing in the ‘50s, with vets and the government support. My father was in the [Marine] Corps, at Guadalcanal and lost his squad. My grandpa served in France [in World War I], and watched the effects of gas on a thousand American troops there, there were thousands of people killed by gas. For me, we have this evidence in our difficulties in family, in community, especially now. We have to consider what options we should be taking. The main [difficulty] now is the COVID virus. Or maybe that’s the main one to other people. Maybe it’s financial. Or maybe it’s dealing with a son and daughter who came back, but they cannot adapt to being at home. For physical reasons, maybe. Destruction to their body, through loss of emotional stability, things that other people don’t understand. And when you see this show, how well it is written, that this is part of life.” 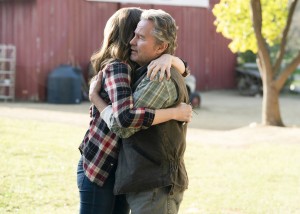 Real former military people were also involved with THE LAST FULL MEASURE. Savage hopes both the film and SEAL TEAM bring attention to real-world veterans’ organizations, like Save A Warrior (SAW), and Texas’s Mission 22, both of which work to help address PTSD and depression. “The guys at SAW are active with the areas of recovery for men and women. They have men and women there who are maybe just turning thirty. They were in the service, in active duty, for ten to fifteen years. And some of them can’t face this world. Men and women who are doctors are going to those groups, Because they’re under too much stress. They have emotional issues, which causes difficulty at home, which causes difficulty with the children. Everybody’s got their own issues going on. 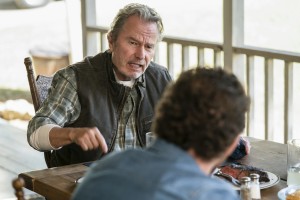 “The world has challenges today. People can’t afford to buy food, it’s not a good thing. “We’ll be all right, we’re okay here.” No, you’re not. We’re a team. Let’s get to know each other. Watch this show and you’ll see [people helping each other and] great interplay between brilliant actors. For me, that was an honor.”