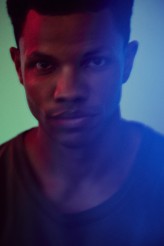 The actor discusses the new the CW series 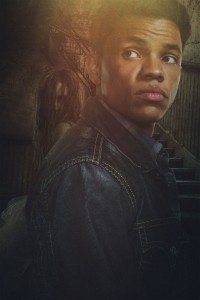 NANCY DREW, The CW’s freshman Wednesday-night series based on the long-lived small-town mystery novels, is set in Horseshoe Bay, Maine. Sleuth Nancy (Kennedy McCann) has just returned to town after some time away. Tunji Kasim plays Nancy’s boyfriend, mechanic Ned “Nick” Nickerson, who has moved to Horseshoe Bay from Florida. But when Kasim talks in real life, he sounds less like someone from the Sunshine State than like OUTLANDER’s Jamie Fraser. “I’m Scottish,” Kasim explains, “Scottish and Nigerian.”

Kasim was seen earlier this year in the feature films THE GOOD LIAR, opposite Helen Mirren and Ian McKellen, and THE KILL TEAM, with Alexander Skarsgard. Kasim has also been in several filmed versions of Royal Shakespeare Company plays, and the British TV series NEARLY FAMOUS. NANCY DREW is his first American TV series.

ASSIGNMENT X: When did you come over here to the U.S. in relation to NANCY DREW? Did you come to do the show, or were you here already?

TUNJI KASIM: 2019 was my first pilot season. I’d never done pilot season before. I’d had representation out here for the last couple of years, but my work schedule in the U.K. hadn’t really allowed me to come out to see what it was like. So this was my first year, I gave it a shot, came out, NANCY DREW was my second audition in town, it went very well, and here I am sitting here now. But yeah, this is all very new to me, and coming out was very eye-opening. I’m kind of blessed to be part of this production, because, once again, this is my first time around, so I don’t have anything to compare it to, but everyone’s saying how good the chemistry is with this, and how good the combination of these people working together on this project is.

AX: Were you familiar with The CW network before you got on NANCY DREW?

KASIM: Yeah, I was aware of it. I hadn’t watched that many shows on it, but of course RIVERDALE had come across my radar, and I know a couple of people, actually, in CHARMED, other actors, so I was aware of it.

KASIM: I have no other experience. This is my first time in the States doing a gig, but so far, they’ve been fantastic, very supportive, very open to conversation, very open to hearing your thoughts and your perspective on things. It’s been very collaborative so far. So for me, fantastic.

AX: You’ve done a lot of stage work. Do you feel there’s an important difference between acting for the stage and acting for camera?

KASIM: It’s people. It’s people going through emotions. And whatever situation they’re in, you try and get to the root of what that emotion is. And in the journey of that person, whether you’re doing Shakespeare or whether you’re playing in NANCY DREW, it’s people interacting with other people – ghosts, in our case, as well. But that’s the root of it, so it’s kind of universal.

AX: A big part of Season 1 of NANCY DREW is the ongoing murder mystery, in which your character Nick is initially a suspect. Do you have your own opinion on whodunit, or do you know whodunit from reading advance scripts?

KASIM: I think the actors are the most ignorant people on set when it comes to the actual story.

AX: Nick has a manslaughter conviction in his past. Do you know what Nick’s feelings are towards that? Is he feeling guilt, is he feeling that it was justified …?

KASIM: [laughs] You’re going to have to wait and see, you’re going to have to watch and see what his history is. I think it’s complicated, and anyone who’s going through something like that, there is a whole range of emotions. Whether you feel vindicated by it or not, the incident itself, that it was right to do or not, you’ve still taken a life, and so that’s still hard, no matter what the circumstances. 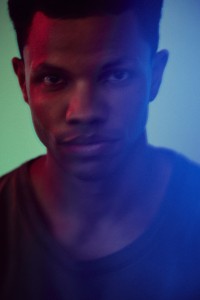 AX: Did you have to study anything in order to play Nick, like how to be a mechanic?

KASIM: The producers were great, and they set us up with a non-profit organization called ARC, based in Los Angeles, and they do a lot of work with ex-juvenile convicts. So I met with two or three guys who were very, very open about sharing their experiences about being in prison, and what it was like being a young person in prison. Some of them had gone through quite a lot. So there’s a lot of research for that, that life, and also mundane things, like what it’s like to be a mechanic. My guy’s from Florida, so I did a bit of research on Florida, and he used to play football, so what’s high school football like? So yeah, there was definitely some of that.

AX: Have you had to learn anything physical, like how to drive on the other side of the road?

KASIM: I’m driving a big truck. You see me driving a big truck in the pilot. I’ve never driven one of those massive things before. Cars in the U.K. are a lot smaller. But I’ve driven on the wrong side of the road, as I would call it. So that’s all good. I’m maybe going to have to drive a manual [transmission] on the wrong side of the road. That will be interesting, because the shift stick is on the other side. But so far, no. It’s all been within my comfortable wheelhouse so far.

AX: There are some love scenes between Nick and Nancy. How do you find doing the love scenes for camera? Is that unnerving, or because it’s for broadcast you know, “Okay, they’re not going to show too much”?

KASIM: Yeah, you know there’s a safety blanket of a sort there. They’re only going to go so far with it. But it’s something always to be sensitive around between Kennedy and I, and we are always in conversation about it, and making sure we’re both cool with what’s going on. We have fun with it, and we keep it light and relaxed. I think, hopefully, the love scenes will be about just that, love, and will be talking to not just the physical side of things, but the emotional side of things, and making sure those stories are being told as well.

AX: Where are you shooting NANCY DREW?

KASIM: We’re shooting in and around Horseshoe Bay, which is this smallish bay town, just outside northwest Vancouver.

KASIM: It’s actually called Horseshoe Bay. And if you speak to the producers, they’ll say it’s far easier shooting somewhere and you call it the actual name, and you don’t have to change any of the signage [laughs].

AX: And what would you most like people to know about NANCY DREW, the show?

KASIM: It’s good. And I think for people who have read the books before and watched other films and watched the old TV show, I think they’ll hopefully enjoy it, and we’ll still keep them on side, but also, if it’s brand-new to you, then there’s plenty for you to dig your teeth into and have fun with.