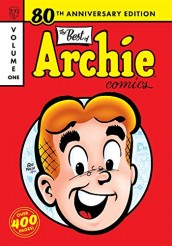 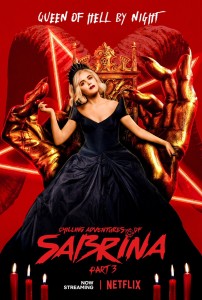 ARCHIE Comics is a huge brand in multiple mediums. Besides the actual comic books still in publication, plus the cartoon and feature film adaptations, the ARCHIE-verse currently has three live-action series on the air. RIVERDALE, chronicling the adventures of Archie (played by K.J. Apa) and his friends (and enemies), is now in its fourth season on The CW on Wednesday nights. The RIVERDALE spinoff KATY KEENE, which brings Riverdale resident Josie McCoy (played by Ashleigh Murray) to New York to stay with her title friend (played by Lucy Hale) is in its first season on The CW on Thursday nights. CHILLING ADVENTURES OF SABRINA, starring Kiernan Shipka, is streaming its first three seasons on Netflix, with a fourth due out later this year.

Overseeing all of this is Jon Goldwater, CEO of ARCHIE Comics, who takes a few moments to talk with us about the various series.

ASSIGNMENT X: How do you feel about the different ways that the adaptations of the various comics have played out? RIVERDALE seems a little darker than ARCHIE gets as a comic book …

AX: How is it working sort of splitting the Archie-verse between The CW and Netflix?

GOLDWATER: It’s been great. I mean, The CW is an amazing partner, Netflix is an amazing partner. I’m so blessed. I love working with everybody at both places. They’ve been unbelievably supportive. Obviously, The CW took a huge chance with RIVERDALE, and we’re so appreciative that they did that, and Netflix did the same with SABRINA. So it was great. 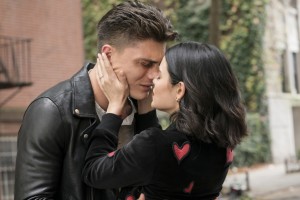 Zane Holtz as KO Kelly and Lucy Hale as Katy Keene in KATY KEENE – Season 1 – “Chapter Three: What Becomes of the Brokenhearted” | ©2020 The CW/Barbara Nitke

AX: And Netflix is currently where CW shows go to run previous seasons …

GOLDWATER: Exactly. And RIVERDALE’s done very well on Netflix. And they were really a big part also of the RIVERDALE success story, was Netflix. So …

AX: Has any of what RIVERDALE has done on the TV show bounced back into the ARCHIE comics?

GOLDWATER: Oh, yeah. We have our own RIVERDALE comic, we have RIVERDALE original graphic novels. So we’ve done a whole publishing initiative based on the RIVERDALE TV show. And you know, the SABRINA show was born from the comic book. So we did the comic book first with SABRINA, with THE CHILLING ADVENTURES OF SABRINA comic, and now we have the TV show.

AX: What riffs have the TV shows done that you’ve been particularly surprised or pleased about? 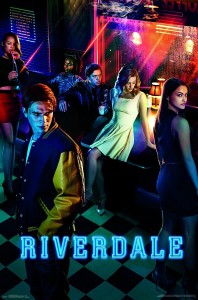 AX: And are there any other properties, characters, within the ARCHIE-verse that you may develop?

GOLDWATER: Oh, yeah. The great thing about our library is, we have thousands of characters. So we’re just scratching the surface right now. So yeah, there’s a lot coming.