The final season is here and we have the scoop 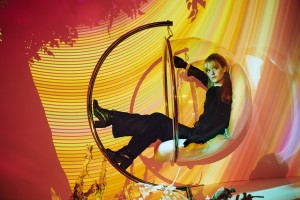 In LEGION’s third and final season, Mondays on FX, Dan Stevens’s powerful mutant David Haller is now running a cult. David is trying to repair his relationship with Rachel Keller’s character, Syd Barrett. Syd has the ability to switch bodies with anyone she touches, although she uses this talent sparingly. David and Syd were lovers, but David ruined things when he mind-wiped Syd so that she’d have sex with him. When Syd discovered this violation later, she rejected him. David wants Syd back, but won’t take responsibility for what he did. Instead, he just wants to use supernatural means to get her to accept him.

Keller, originally from Minnesota, is very involved with that city’s theatre scene, and is developing several stage projects there. Keller made her TV debut in a co-starring role in Season 2 of FX’s FARGO, which, like LEGION, was developed for television by Noah Hawley. She has also appeared in the series THE SOCIETY and stars in the upcoming horror feature THE FIRST SEAL.

ASSIGNMENT X: You did FARGO prior to LEGION. So were you sort of in the Noah Hawley wheelhouse? Was he talking to you about LEGION before the series actually got going?

RACHEL KELLER: He wasn’t. He asked me to come read for the show, and I came and auditioned, and we got dinner, and he called me, and that was it. So he had known me from [FARGO], of course, but I had never heard about LEGION before I went and auditioned for it.

AX: There’s an episode in Season 2 of LEGION where Syd keeps telling David, “Look deeper, look deeper,” and every time he thinks he sees what she wants him to see, she says, “No, that’s not it, look deeper.” Did you know what “it” was, or were you going, “I’m reading through this script, what is ‘it’ actually?”

KELLER: I knew that it was a sort of a loop of her life, that we were going back to the beginning, over and over, and I think it’s that conversation that you have with your partner or your loved one, saying, “How can I help you understand how I am the way that I am? Why don’t you see this? Why don’t you see that?” So I did understand.

AX: For the first two seasons, at least, it seems like Syd’s attitude towards her body-switching power is, she uses it in desperation. Are you looking forward to, in Season 3, maybe getting her to feel a triumphant, “Haha! I can do this!”? 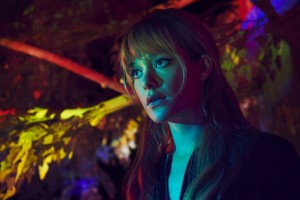 AX: Because some of the powers in LEGION seem like metaphors for real-world attitudes and actions, do you see Syd’s power as a metaphor for anything in particular?

KELLER: Yeah. I think she is empathy. I think it is that practice of knowing how someone feels, deeply knowing, maybe sponging it up, and doing the best that you can to give it back to them with love.

AX: Is that also a good metaphor for taking on a role?

KELLER: I don’t know if I ever ask that question, only because the whole thing is up for such interpretation that we all get to have our own experience with it, and I don’t really care whether it’s real or not. It doesn’t change anything for me.

AX: Syd feels so angry and betrayed by David about him tricking her into having sex under uninformed circumstances that she’s trying to kill him in Season 3. How do you feel about what happened?

KELLER: There have certainly been fruitful, rich conversations around that topic, because I was surprised by that writing choice, and what that meant for them, and especially with the climate. What I’m most interested in – you can’t really ignore the brave stories that have come out from [real-world] assault survivors as of late. And I wanted to make it clear to Noah that in our wacky, trippy, psychedelic world, that we were honoring those survivors in a human way. Now, the truth is that there’s a range of experiences that people have after assaults – rage, self-doubt, insecurity, freedom, release. There are lots of different ways that people deal with that. And we know, because are dealing with one character and one situation, that we won’t be able to touch on all of the aspects of the experience of a survivor. But I certainly want our arrow to be pointed towards honoring it in a human way.

AX: And what would you most like people to know about Season 3 of LEGION?

KELLER: That we’re wrapping it up, and we’re doing it with good music and good colors and lots of flair.