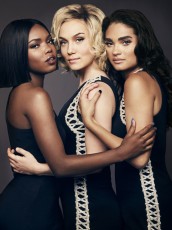 The executive producer gives the scoop on the EMPIRE spin-off 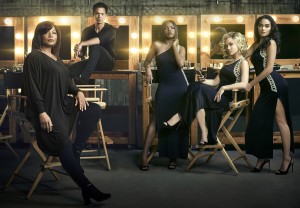 STAR, now in its second season, is the spinoff of EMPIRE. The two series run back to back on Fox Networks on Wednesday nights. Like EMPIRE, STAR is co-created by executive producer Lee Daniels and set in the music industry. However, instead of dealing with musical emperors, STAR explores the paths of three young women who band together as a “girl group,” under the mentorship of mother figure Carlotta, played by Queen Latifah.

Karen Gist joined STAR this season as show runner and an executive producer, having previously worked as a writer/producer on GREY’S ANATOMY, REVENGE, HOUSE OF LIES, UNDERCOVERS and ONE TREE HILL. She sits down for a talk about her new gig on STAR.

ASSIGNMENT X: You just came off two years on GREY’S ANATOMY. Do you think that GREY’S and STAR are comparable in their soap factors?

KAREN GIST: Comparable in soap? Yes, and comparable in the number of characters that we need to service. On STAR, the characters are a little bit more flawed. The world in GREY’S. everyone was a hero, and awesome to watch them save the day, and this, again, is about girls struggling to be their version of heroes and their version of celebrity. But the soap is the same.

GIST: Correct. But we do have a music story that links in an episode, so that’s our “medical story.” But it does help that we can slow down the tone of the show, so we can hang with the characters a little bit more in a real way. And each of the girls get into who they are, and this season is about identity. Last season was about introducing the girls to the world, and this season, we want to get a little bit more into what makes them tick, why they’re that way, what the hurt is about, until we’re really focusing on figuring out who they are as women, as they figure it out, as we watch them figure it out.

GIST: There’s a lot coming at you. In terms of social issues, we have so many, [including] the overcrowded foster care system. Our character Simone [played by Brittany O’Grady], her world [was] shaken very early on in this season, she was pulled out of Carlotta’s home, so she has to deal with the juvenile detention system and how that needs a little bit of work as well. We’re dealing with incarceration. We have a lot of male energy this season, so we’re addressing the plight of the black man in America, and with regard to Trump’s America, we’re going to tackle that a little bit. Literally, each episode, we sit and think about what we’re trying to say, what social issues, and we listen out for episodes. We’re still dealing with more than that.

AX: You also deal with transgender issues via the character of Carlotta’s daughter Cotton, played by Amiyah Scott …

GIST: The show’s about fame, but Cotton was a breakout character that stands on her own, and is beloved by the audience, and so we’re going to continue to tell this story, but what’s nice about that is that it doesn’t have to be about the issue all the time. So it will just be about, as I said before, life after prison, but also, just in terms of her finding her pot of gold at the end of the rainbow, and what that looks like, and then we want her to find love, or a little bit of happiness. We’ll see where she is with her relationships, and also getting into her relationships with her parents, because she has a very complicated world, and especially this season, we’re having Jahil [played by Benjamin Bratt] and Carlotta go head to head, and so having that little nuclear family figuring out how they parent this adult person will be really fun.

AX: There are also some love triangles …

GIST: Well, we all know that it’s hard for girl groups to stay together, and a lot of times, there’s a dude involved in that, so we are going to work on it, play around a little bit, and inject a little male energy into the friends, and see where they land, and how that makes them fight to stay together or tears them apart. Evan Ross [joins] our cast this season. He is Jahil’s biracial nephew, and he causes some complications for Jahil. He’s like a younger version of Jahil, a producer who wants to make it no matter what.

AX: How is it working with Lee Daniels?

GIST: When I first met Lee, I immediately felt like, “I know this person. He’s like a cousin at my cookout.” He’s wonderful, we get along well together, he’s energetic and passionate, and I am, too, so we both are in love with the show, and so it’s easy to work for him. He likes what he does, so that’s good. He’s an artist, and he feels passionately about both shows [STAR and EMPIRE]. What’s interesting, I think, is that they’re not the same thing. I don’t want to speak for him, but I think they feed different parts of him. So it’s like how do you have two children, I guess. 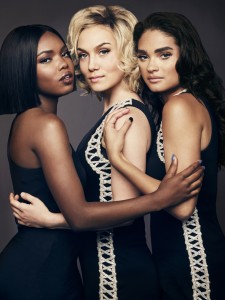 AX: And what would you most like people to know about Season 2 of STAR?

GIST: Season 2 continues with what Season 1 did. We still have all of the grit and the awesomeness that it had. We’re also walking the girls into this new, shiny world at the label, and so it’ll have a little bit of balance of the dark and the light. I want the audience to know that we’ll continue to have big, boomy moments, and there will be a lot heart in this season, a lot of heart in getting to know the girls.

Related: Interview: Jussie Smollett on Season 4 on acting and directing on the Fox series