The actor also talks about how he's like Jamal Lyon 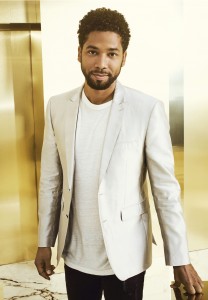 EMPIRE star Jussie Smollett is having a spectacular first third to 2018. Besides being in his fourth season as middle son Jamal Lyon on Fox Networks’ Wednesday-night musical drama, Smollett makes his television directorial debut with an EMPIRE episode that airs later this season. His first feature-length studio album as a singer/songwriter SUM OF MY MUSIC, was released in March, and he seems very happy about all of it.

ASSIGNMENT X: Jamal Lyon has a strong personality, he’s a singer/songwriter, he has a healthy ego, but his mother, father and brothers are often so out of control, he’s relatively the straight guy in the family …

AX: Well, not in terms of his sexual preference, but he’s usually comparatively restrained next to the people around him …

SMOLLETT: He’s very almost serious, but at the same time, it’s fun to play him and fun to find those little holes that you can insert the realness of [his ups and downs], because no one’s always serious, no one’s always conflicted and depressed. Jamal I would say is like a Sour Patch Kid – he’s sour, then he’s sweet. It’s just who he is. He’s an artist.

AX: What can you say about directing an EMPIRE episode this season?

SMOLLETT: Oh, my God. I’m directing Episode 14. It’s after the [winter holiday] break, which is good, because everybody’s going to come back and be all rested, they’re going to be really nice, I hope. But yeah, I’m excited. I don’t know the storyline yet, but I’ve been shadowing [EMPIRE producer/director] Sanaa [Hamri] very closely, and basically following every director that I know, like John Singleton, and Debbie Allen, and Mario Van Peebles, and just being like, “Please, what can you tell me?”

AX: What have they told you?

SMOLLETT: They just give me amazing advice, even down to shot advice and just what to do. Directing as a television guest director is actually very different from directing film, is what I’m learning. I’m not going to be, “And I want this, and I want that, and I want this!” There are just certain rules and a protocol that happens in television, but it still is so exciting. I’m so excited to start with EMPIRE, which is m family. I feel like I will be taken care of, and it’s going to be great. Everybody is going to have my back, which is beautiful.

AX: Do you have to know about music video directing to to be able to do an EMPIRE episode effectively, as far as the musical sequences?

SMOLLETT: Oh, yes. But I’m a musician, so that’s the thing. The reason why I got the chance to direct EMPIRE is, I’ve been asking since Season 2, but I went and I directed my music video for “F.U.W.”, and I sent it to them basically as my reel, and they said, “Okay, if you know how to do music videos, and there’s a certain element of passion in your music videos, you’ll know how to do EMPIRE.” I really do think that. Bille Woodruff, Benny Boom, Chris Robinson, Sanaa Hamri, all of them have come from the music video world, and they’re amazing.

AX: You did a guest shot in two episodes of UNDERGROUND, the series about the Underground Railroad that starred your sister Jurnee Smollett-Bell. Were you disappointed that your characters didn’t have any scenes together?

SMOLLETT: I was, but at the same time, I understood. The character was so great, I’m so proud of that character. And Jurnee and I have a project that you’ll definitely be hearing about.

AX: You were also in ALIEN: COVENANT last year. Do you like taking a little break from playing Jamal now and then?

SMOLLETT: It’s not necessarily a break from playing Jamal, but it is nice, during my hiatus, to always try to do something that is completely different from Jamal, because I get to be him nine months out of the year. So it’s nice to not take a break from Jamal, but it’s nice to go and do other stuff and show people that I can do other stuff than wear tight pants, high-heeled boots, low-cut shirts and sing [laughs]. 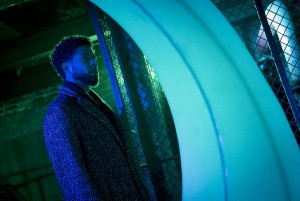 AX: How has playing Jamal helped you as an artist?

SMOLLETT: It’s let you guys know who I am – that’s helped a great deal [laughs]. No, I think that we influence each other somehow, if that makes any sense. I think that as an artist, I get inspired by him, and I also feel like I’d like to believe that the character gets inspired by me, also. But we definitely share that similarity of being autobiographical songwriters, and I think maybe with Jamal, it’s made me be a little bit more bold in the things that I might be okay with writing and letting be out there for my own album. But I don’t know. It’s hard for me to decide that type of stuff, or debate that type of stuff, because I feel like no artist creates things to explain it and debate it himself. I feel like I create my music as Jamal, and then I create my music as myself, and it’s up to you all to debate it. So I hope you do.