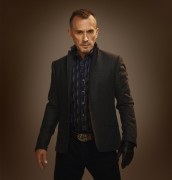 The actor talks returning to T-Bag 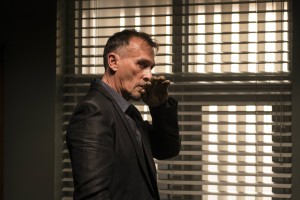 PRISON BREAK ended its original four-season run in 2009, with one follow-up made for TV movie, 2009’s PRISON BREAK: THE FINAL BREAK, for good measure. Created by Paul Scheuring, PRISON BREAK deals with brothers Michael Scofield (Wentworth Miller) and Lincoln Burrows (Dominic Purcell), who wind up taking turns having to break each other out of jail under harrowing circumstances. In their adventures, the form a team of loyal associates – plus the never-to-be-trusted but ever-fascinating serial killer Theodore “T-Bag” Bagwell, also known as Teddy, played by Robert Knepper. T-Bag turned out to be such a powerful character that Knepper wound up playing him in an episode of an unrelated series, BREAKOUT KINGS, in 2011. The Hollywood Reporter put T-Bag at the top of its list of twenty-five best PRISON BREAK characters, and in its otherwise mixed review of the new season, Variety singled out Knepper’s T-Bag (along with Paul Adelstein’s Paul Kellerman) as standouts. T-Bag has enough of a viewer following that he could perhaps sustain his own (very dark) spinoff series.

Now T-Bag is back, with the rest of the PRISON BREAK team, in the limited series PRISON BREAK: RESURRECTION Tuesday nights on Fox Network. T-Bag brings evidence to Lincoln that the supposedly dead Michael is actually alive and locked up in Yemen, even though Michael is extremely resistant to rescue.

Not that actor Knepper has been idle outside of PRISON BREAK. The actor, originally from Maumee, Ohio, estimates that he did nine separate projects in 2016. These include arcs on HOMELAND, FROM DUSK TILL DAWN and the new season of TWIN PEAKS, plus a lead role in the fact-based thriller THE DATING GAME KILLER.

Speaking by phone, Knepper talks about his return to PRISON BREAK and many other gigs.

ASSIGNMENT X: You have now played and said goodbye to T-Bag so many times – the original series, the TV movie, BREAKOUT KINGS – was there ever any point where you went, “I’m done saying goodbye to T-Bag, because he’s just going to come back anyway”? 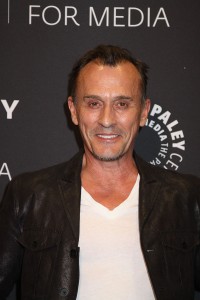 ROBERT KNEPPER: I don’t necessarily want to be known as a guy who played one role for his entire career, like Jamie Farr did on M*A*S*H*. Jamie was from Toledo [near Maumee, where Knepper grew up]. So I’m of two minds. One is, I don’t want to do the county fair circuit the rest of my life, singing T-Bag’s favorite hits. At the same time, as the old prospector used to say, “There’s gold in them hills.” I’m not going to deny that that character has had a profound effect on people. At Comic-Cons, with people I’ve met around the world – I’ve been around the world a lot these last couple years – I’ve met people that have just come up to me and are just fans, that love me. It went from the first season going, “I hate you, I hate you, I hate you,” to “Oh, my God, what an amazing character,” to women especially coming up to me, going, “Thank you so much. You helped me so much in my life deal with Uncle Bob that was messing with me as a kid.” In various ways, I’ve had, and the character has had, this effect on people.

John Walsh said years ago to me, when I met him at Upfronts, “I hope the writers remember that T-Bag is and always will be a predator, and no matter how much he tries to change, there’s nothing that can make him change.” What T-Bag has been through in the last six years in prison, he’s certainly had some epiphanies. And Paul Scheuring heard me, when I asked him in the January [2016] conversation [about the new season], I said, “Please don’t give them everything they already know. Let’s not pick up right where we left off. Let’s let some changes happen. The actors have changed, the characters surely must have changed.” And he heard me loud and clear, and I think he didn’t even have to, because he was always thinking that was going to be the case. And he wrote some incredible s**t for me that was heartbreaking – I’m talking about the new chapter – hysterically funny and dangerous as well. Right now, I want to say goodbye to it, but I want to make it clear that I’m really torn about this, because as long as I balance my career with contrasting, different roles, I’ll be okay. It’s been an incredible ride, and I’m very thankful for the ride that continues because of it.

AX: When the producers came to you with PRISON BREAK: RESURRECTION, did you immediately go wholeheartedly, “Great, I’d like to do this again,” or did you think, “Boy, that T-Bag takes a lot out of you”?

KNEPPER: No, I didn’t do that. My concern was, Paul brought this to my attention in January. He had talked to [Miller and Purcell] before that and they okayed it, and then he came to me. My only thought was, I can’t go anywhere in the world without people associating me with T-Bag, and I’d like to say that that all died down, but it really hasn’t, and I know, and knew back then when this show comes out, that’s going to come flooding my way again. So last year, I did nine different projects, nine different incredible, incredibly different characters, and then the tenth one being Kiefer [Sutherland]’s music video. More than any other year – I’ve never played so many different characters in my life. And while I was doing it, I didn’t think anything of it. It was, “Okay, I’m an actor, this is like rotating rep for me, so I’m going to keep doing it.” Now I look back on it and my head spins, going, “Jesus, how did I do that?” You just do it. So the important thing for me to add with PRISON BREAK is, I’ve just got to stay busy. And luckily, I am. I know what my next several projects are. So I’m not too worried. And the fact of the matter is, the thing about Teddy is not going to change. Even if PRISON BREAK wasn’t coming back this year, I still can’t go anywhere in the world without people coming up to me. And that’s a blessing and a curse, as we’ve talked about before.

AX: Did you have to re-find the character, or is he there to be inhabited when you need to?

KNEPPER: Well, again, Paul heard me, or I was channeling Paul when we talked, that both the character and the actor playing the character have had six years. And my life has dramatically changed, I would say only for the better, and I wanted that positivity and the light to bleed into the character a little bit. So it wasn’t like I was trying to recreate anything. He’s definitely more centered, he’s definitely more focused. If he has to resort to violence, he doesn’t do it just willy-nilly. He doesn’t do it for pleasure. He does it because he has to. And that’s all in there. What I’m saying is, he’s not a guy who walks around saying, “Hi … here, join my cult, I’m a really sweet guy now.” He’s not that at all. But you can definitely tell that he’s been thinking about this while he was incarcerated.

AX: And he probably doesn’t want to have to go back to jail …

KNEPPER: Yeah. Exactly. I’m not giving anything away, the first scene, he’s like, “I’m out of here, yay!” Boom. Then he’s going to possibly be right back into the whole thing, because of the pull-tide of Michael. The other great thing about coming back and doing it this time is, when you’re creating a character, you’re – I don’t know how to explain this – I love my life, I love my wife, I love my son, I love my family, I go about doing the day as a human being, I have to pay my bills like everybody else, I have to do life things all the time. But the other half of me is thinking and creating and coming up with ideas and using my imagination. When it’s a new character, the closer you get to the first day of shooting, for me, it can get very intense. “What about this? Does that work? No, I’m going to try this, what do you think about this?” I write everything down and keep notes. With Teddy, there were things that happened every day of shooting in the scene that I hadn’t even thought about, because I wasn’t on the set, I wasn’t with the other actor I was working with. They were just moments that came up, and I had so many ideas. I didn’t even have time to stand outside myself and go, “Oh, what about this?” I would just do them. [laughs] I know, because I did ADR for it. They couldn’t possibly use everything, because it’s not called THE T-BAG SHOW, it’s called PRISON BREAK. And I don’t know for sure, but I’m pretty sure all the other actors felt exactly the same way. It’s so much. Even though we haven’t ridden that bicycle in six years, it’s so much in our muscles that it was so easy to just get back.

And as we realized watching the first episode down at the Austin TV Festival, in conjunction with South By Southwest [SXSW], I sat there and I was marveling at how great these actors are, especially this time around, and how confident we all are in portraying them. Not re-portraying them, but portraying them. And I marveled at how good it was to watch it, and how reminiscent it is of that first season, that nail-biting moment – they showed commercials, of course, but you could tell when the commercial break was there, and it’s the same thing as the first season, you’re sitting there going, “No, no, no!” Apparently, there were four or five different screening rooms. We, the actors, were in one of them, and there was an audience of maybe fifty or sixty. They’re not huge screening rooms. And it’s the same feeling. In the first season, my relatives would call me and say, “You’ve got to tell me! What happens next?” And I’d say, “No, you’ve got to wait ‘til next week.” It’s that same kind of nail-biting moment of going, “No, no!” And so many people apparently at other theatres – they all came together for a Q&A afterwards, they all came out and they were like, “No! What happens next, what happens?” Paul Scheuring, the way he’s constructed it, especially in that first season, it’s so dramatically right-on, because it’s got to keep propelling itself forward, which it does. 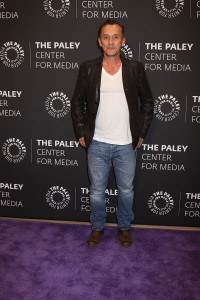 AX: Without discussing it in a spoilery way, do you have a favorite thing that you got to do in the new PRISON BREAK that you hadn’t gotten to do before as T-Bag?

KNEPPER: Well, again, I’ll say it in a general way – people always asked me before, “Did you improvise that, or was that scripted?” And nine-point-nine-nine times out of ten, it was scripted. I got to do some really crazy things in this chapter that weren’t necessarily written, and they were just ideas that came to me in the moment. I’m not saying I didn’t think about them the night before, but they were just in my head. But to be able to put them on their feet and do them, there were several of those moments, which of course keeps it fresh. It kept it fresh for me. But I literally was flying by the seat of my pants many times.

AX: So they let you put a few more things in?

KNEPPER: Yeah. And I’m actually surprised that they stayed in [laughs]. But again, I don’t want to give them away, because they’re good.