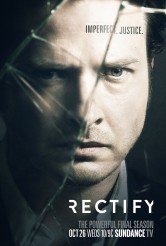 The series creator talks the finale 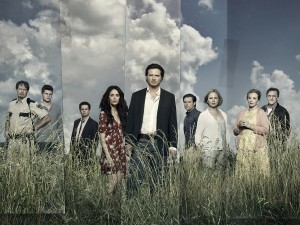 The fourth and final season of SundanceTV’s acclaimed series RECTIFY debuts Wednesday, October 26. In RECTIFY, Daniel Holden (Aden Young) has spent half of his life – since age nineteen – on death row for a murder that he may or may not have committed. Not only does the audience not know, Daniel himself may not know. When Daniel is released on a technicality, he and his family must come to terms with what it means for Daniel to be back in the world.

Series creator Ray McKinnon sits down to talk about the mysteries of RECTIFY, and how they may or may not be resolved by the series’ conclusion.

ASSIGNMENT X: RECTIFY Season 1 was somewhat existential – it dealt with Daniel’s experience of the flow of time, among other things. When you started the show, did you think you were ever going to get around to the point of discussing whether or not he really did it?

RAY McKINNON: No, I never thought that. As I’ve said earlier, I wonder if what was intriguing was both the idea that we as a society need an answer, so sometimes law enforcement will create a narrative, and then go prove that narrative, and that’s how wrongful convictions happen. And as a piece of art, or storytelling, we also expect resolution and answers. But sometimes, what if we challenge that, because I don’t think all storytelling should be defined by certain rules. So that was my whole thought going into it. At the same time, I respect that the audience, who is invested now in the ways that they’re invested, has their own expectations. And hopefully, by the end of all this, we created something that will feel ultimately satisfying, if not explicit.

AX: Aden Young said he should have asked you did Daniel do it or not, as opposed to whether you were going to tell Aden Young. Does Daniel know if he did it? And if not, will he know by the end of the series?

AX: Are there characters that have surprised you either in their behavior once you created them, or in the fact that you wound up creating them at all?

McKINNON: All the characters continue to surprise me, and I think that’s a part of the whole idea. I’m part storyteller, but I’m part audience, and I think Teddy [Daniel’s stepbrother, played by Clayne Crawford of LETHAL WEAPON] is probably the most stark example – I knew I was going to take him to a more complex place. We’re establishing an archetype, and you know that archetype, and then I want to take that archetype to a more complicated place, but I think where he’s gone since Season 1 and where he’ll end up in Season 4 is a little more than I expected.

Even early on, I felt like a lot of his unsympathetic mess comes from his insecurities, which come from a fear. And that’s the way it is with most people who are buttholes – they’re fear-driven. And I think he was afraid of who he is. He was afraid to look at who he is. So part of the journey for Teddy has been for more authentic recognition of who he truly is, which is not necessarily a butthole.

McKINNON: A little of both. However, there will be more reveals this year. And what will be revealed is something that I pretty much had in my mind early on before shooting the first episode.

McKINNON: Oh, it’s all of that. I mean, [the story] is going to continue to be manifest and can’t be a blueprint that’s unable to change. And working with the actors and seeing scenes become real and me feeling that experience of them becoming real absolutely changed the way I looked at things and felt about things. But I will say that on some level, some of the storylines, the nuance of it and the complexity of it, deepened and widened. But they’re not so far off from some of my original imaginings.

AX: And have you seen any real-life cases since you started RECTIFY where you thought, “Oh, that’s interesting, that’s kind of like the show”?

McKINNON: Damien Echols was a case that I chose not to really look at until after I’d written the pilot, and then I started thinking about Damien and reading more about it, and in some ways, there’s a similarity to Daniel, in that he’s a very thoughtful human being, and that was one aspect. There’s a book called AFTER INNOCENCE, a look at a lot of exonerees and it’s not always easy for these guys to re-acclimate themselves to society and that’s also true in Daniel’s experience and journey.

McKINNON: Yeah. We had that in every season. Whatever it is that he’s going to be doing, is that a story worth telling and asking an audience to commit an amount of time? And I was really intrigued by the years of isolation that Daniel was under. I did a lot of research on solitary confinement, and the detrimental aspects of that, and that’s in the zeitgeist now. Finally, society is going, “Hey, this is actually the worst kind of [punishment] – if you’re talking about rehabilitation, you’re actually damaging people psychologically.” So I wanted to investigate that aspect of Daniel’s behavior, I wanted to investigate what it would be like for Daniel to be in a world where his family and the society around him are projecting all of this baggage onto him, to see how Daniel reacted when people are reacting more objectively to what he’s giving them, and to see if he would deal with that, and ultimately to see if Daniel would take it in his own hands to heal and become a person who could live in this society. So that’s never been either dull or perplexing. How he does it and if he does it is always a question.

AX: What to you is the resolution of this? In a conventional drama, it would be, did he do it, didn’t he do it, and if he didn’t do it, who did do it? But those may not be the big questions that RECTIFY is grappling with, so can you talk about the process of figuring out what, to you, constituted a resolution? And did you know that resolution from the beginning, or was that something you found through making the show?

McKINNON: Well, I think from the very beginning, outside of did he or didn’t he, Daniel got a new lease on life. He said from Season 1, he never expected to live. In fact, he had prepared to die. And in that came a kind of comfort for him. So now he was faced with the prospect of living. And I think every season, including this one, what will he do with that lease on life? Will he take a more active role in his own life, or will he continue to be kind of a leaf in the wind of life’s dealings? And I don’t think there is a resolution of that, because unless he dies, life goes on.

I don’t know if it’s a resolution. I think there’s hopefully a satisfaction. Because I don’t know what a resolution would be. The only real resolution is I guess death. So there are movements in the story that I think, for me, I feel satisfied with it. Hopefully the audience will, too.

AX: Do we get a sense of the direction in which all of the surviving characters are going with their lives?

McKINNON: Yes. I feel like we get a clearer sense than ever before of the direction.

AX: Two of your regulars, Clayne Crawford, who plays Teddy, and Abigail Spencer, who plays Daniel’s sister Amantha, both have other shows this season. Were there any kinds of scheduling difficulties with them.

McKINNON: Well, RECTIFY was first, so the other shows knew that. I mean, personally, I’m selfish and I wish they wouldn’t do any other show ever again, they would only be these characters. [laughs] But evidently, they have careers, they have families to support. So there were no scheduling difficulties on my end, and I want the best for all of these actors. I care about them greatly, and they play such a huge part in making the show become what it is, so good on ‘em.

AX: Having had the experience of making RECTIFY, do you think you would ever want to do storytelling that entails major special effects or the kinds of things where you really would have to nail stuff down in the scripts well ahead of time just because of production?

McKINNON: I never say never, but I’m not sure why they would hire me for that [laughs]. We did do a little effect this year, a little action sequence, that was quite exciting, but by some standards [on other shows], that happens three times an episode [laughs]. We do it once a series. I’m still fascinated by the human experience and whatever I would be drawn to, I’m sure that would have to be a major component of it.

AX: Are you working on something else yet?

McKINNON: No. I’m still working on RECTIFY and what I’d like to do is just be quiet for awhile and see how that affects me.

AX: Were you prepared at all for the intense praise and interest that RECTIFY has received? Was public response a factor in your thinking at all before it happened?

McKINNON: No. I mean, I just didn’t want to regret not making the show that I wanted to make, and the results of that, the responses to that, are out of my control. I can say it’s been enormously gratifying to know that a number of people have not only appreciated the show, but they have understood the show in a way, and reflected that back to me in a way that further deepened my understanding of the whole experience. And of course that’s very gratifying and I’m still always surprised by it.

McKINNON: Again, I’m very fortunate, I know this doesn’t happen very often, but I felt like we shouldn’t go on any further, and they agreed with that, and that was the road we went down, and I feel absolutely positive that it was time to let these folks live their lives without us [watching] them.

McKINNON: [laughs] Well, my goodness, we’ve watched some of their most private behavior and moments, and they’ve had some really difficult times that we probably shouldn’t have watched. One of the things that intrigues me about storytelling this way was examining private lives in ways that we usually aren’t privy to. Fiction still allows us to do that in a way that nonfiction simply can’t.

AX: Is there anything else you’d like to say about RECTIFY?

McKINNON: I think one of the exciting parts about this season is, we’re heading off into new directions with all of our characters, and I know that’s going to require from the audience a reinvestment in our characters, and in their stories, and hopefully, as opposed to playing the same song, it’s going to be a different tune that they’ll respond to equally.

This interview was conducted during SundanceTV’s portion of the summer 2016 Television Critics Association press tour.