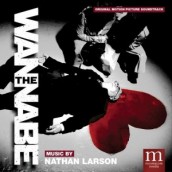 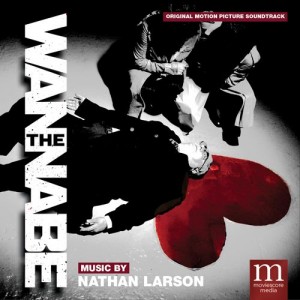 A seriously deluded low life couple make the big mistake of thinking they can rip off NYC’s connected Italian citizens, learning big time that crime of any sort doesn’t in this strange-but-true tale – one that previously made for 2014’s far superior ROB THE MOB. But that’s not to say the following year’s THE WANNABE doesn’t have some mook charms to it, namely Patricia Arquette’s beyond-committed performance and an eccentric score by Nathan Larson.

A seriously unsung composer when it comes to scoring hard to love losers in such indies as in PALINDROMES, CHOKE and THE SKELETON TWINS, Larson takes an emotionally similar approach to Stephen Endelman score for ROB THE MOB, namely that this duo is on a romantic, dream-like carnival ride to a sad end. With fate presenting itself as hauntingly empathetic atmospheres where samples join with chamber strings, Larson creates carousel-like rhythms, unstrung percussion and a calculating bell-filled theme whose notes can barely hold themselves together. Jumbled rhythm drives the duo from one insane mafia hall heist to the next, with a muted, indie rock vibe creating an attitude that doesn’t do much to impress their Gotti-connected victims. Nevertheless, Larson is able to create the sense of a poignant, heavenly payoff of sorts, even if do-or-die attraction between these robbers is seriously off. Small scale in approach, but with oddball rewards, THE WANNABE pays off far more than its couples seriously misconceived antics than reality did.

Click on the link to buy THE WANNABE soundtrack