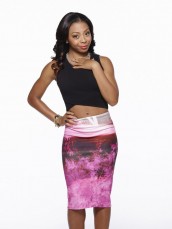 The actress talks about the new sitcom 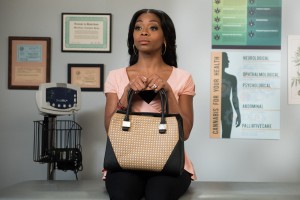 In NBC’s half-hour comedy TRUTH BE TOLD, which airs two new episodes back to back on Friday, Dec. 25, two couples grapple with trying to do and say the right thing without being phony, which they sometimes find difficult.

Webb’s career includes both comedy and drama, with arcs on E.R., LEARNING TOWN, GREY’S ANATOMY and LOVE THAT GIRL, plus feature credits including AT THE DEVIL’S DOOR and HOLLOWS GROVE.

ASSIGNMENT X: TRUTH BE TOLD is an unusual kind of comedy, in that it both teases and supports political correctness – the characters genuinely want to be sensitive to each other’s issues, but sometimes just can’t hear themselves.

BRESHA WEBB: It is. It is about all of that, and everything that we go through as friends together – we help each other through it. [laughs] It gets juicy.

AX: In the pilot, your character Angie seems less worried about this than maybe the other characters are. What do you think her attitude is?

WEBB: I think it’s like using what I have to get what I want. We have an episode where we want to get a gym membership, but instead of getting a whole gym membership, we just pair up with other ethnically similar people to get it and we share it. So that’s one way that we use what we have to get what we want. But yeah, we just play off the things with that topic that comes up with each other.

AX: But does Angie have moments where she’s like, “Have I said the wrong thing, have I insulted somebody …?”

WEBB: Oh, yeah. Absolutely, just like anyone else does. These stories are all real and true, so it’s like you say something in a friendly circle, and then when you take it outside to other friends, it’s like, “Is that accepted here?” It’s the same thing.

AX: TRUTH BE TOLD creator/show runner DJ Nash says he based a lot of episodes and dialogue on real-life exchanges. Do you and the other actors all share stories with him?

WEBB: Oh, absolutely. We came back from summer break with so much to tell, and so much that he could use. It’s all based off of true stories.

AX: What are some of your true stories?

WEBB: Well, you’ve got to watch the show to see.

WEBB: Sure. I have a show on HBO called BROTHERS IN ATLANTA.

AX: Do you do an Atlanta accent for that?

AX: Is that a comedy or a drama?

AX: And what would you most like people to know about TRUTH BE TOLD?

WEBB: That you’re going to fall in love with us.

This interview was conducted during NBC’s party for the most recent Television Critics Association press tour.