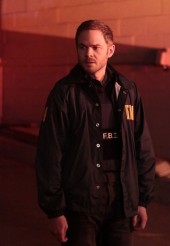 The actor discusses the changes in the thriller series 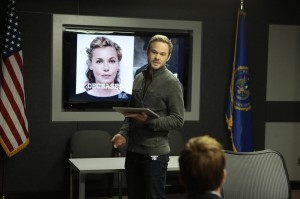 Shawn Ashmore stars as Mike, a member of the FBI tracking serial killers, in THE FOLLOWING | © 2015 Giovanni Rufino/FOX

It’s easy to feel for FBI Special Agent Mike Weston, the character Shawn Ashmore plays on Fox’s THE FOLLOWING, now in its third season, Mondays at 9 PM. Mike has been tortured, taunted, at one point abandoned by his mentor, fellow agent Ryan Hardy (Kevin Bacon), seen his own father murdered on camera and been antagonized into breaking the law and killing one of the people responsible (which Ryan helped cover up).

Ashmore, who plays Bobby Drake aka Iceman in the X-MEN feature film series, does his best to talk about THE FOLLOWING without giving away too much. At a party thrown by Fox at Pasadena’s Langham-Huntington Hotel, he does admit that coming to Los Angeles from the series’ New York locations is nice, what with the contrast between winter weather on the East Coast and the West Coast.

SHAWN ASHMORE: I’ve only been here for one day, so this is exciting for me.

AX: The first two seasons were all about Mike and Ryan going after serial killer Joe Carroll, played by James Purefoy. Now that Joe is locked up on death row, is it going to be at all weird with the change-up of who you’re going after and what you’re doing?

ASHMORE: I don’t think it’s going to be weird. It’s definitely a transition for all of us. What I like about it is that as much as Joe Carroll isn’t the focus, isn’t the main bad, he’s still very much a part of the show. Everything that he has done over the first two seasons has made our characters who they are, so in a sense, he will always be a part of our show. What I like about the new villain this year is that trying to replace a character like Joe Carroll is very difficult. He’s such an amazing villain, such an interesting counterpoint to Ryan Hardy, that we needed to find something that was just as interesting and just as devious, but in a whole other direction, and I think we’ve achieved that with Michael Ealy’s character, who’s our new villain this year. He’s dark, disturbing, probably more dangerous than Joe Carroll, and completely different. So for me, it’s interesting and fun.

AX: Does it take Mike and Ryan awhile to get back together this year, the way it did at the start of Season 2?

ASHMORE: No. The third season picks up a year after Season 2 has ended. The opening scene of Season 3 is a wedding, actually. So it’s actually a complete juxtaposition of what we’ve seen on the show. It’s a moment of fun and relaxation. Gina Mendez [played by Valerie Cruz] is one of the FBI [supervisors]– she’s getting married. So the episode opens on all of us together in celebration, which is kind of nice. Things go south pretty quickly, as they do on THE FOLLOWING, and we’re into the case right away, so it doesn’t take us long to get back up and running as a unit. And Max Hardy [played by Jessica Stroup] is now with the FBI as well, so there’s a real tight team of Ryan, Max and myself to jump back into the case fairly quickly.

AX: Is Mike still dealing with his feelings about his father’s death?

ASHMORE: Yeah. Most of the characters have grown between Seasons 2 and 3. In an interesting way, Mike has not. He’s still in that spiral, dealing with the loss of his dad, and he hasn’t moved on. He’s put his relationship with Max at risk by going overseas to track down Mark Gray, who’s the last surviving member of the family that killed my character’s father. So no, I’m still completely obsessed, completely engrossed in this sort of revenge, to the detriment of my personal life and my life in general, honestly.

AX: Obviously, you can’t talk about scenes from Season 3 yet, but do you have a favorite scene or episode from Season 2?

ASHMORE: You know, the scene that sticks out to me [is] actually a scene where we find a girl who’s posed as Gwendolyn from one of Joe Carroll’s books. She’s dead on a park bench, reading THE GOTHIC SEA. And that scene between Kevin and I is actually one of my favorite scenes of Season 2. It’s really Mike opening up to Ryan and saying, “I needed you, and you took off, you disappeared. After all that shit we went through, and after all the loss we had, you took off and I needed you.” It’s a nice scene and it’s a great way to open the season for me, for my character. That felt like I got to continue to have a great character arc for Season 2 and it really started from that moment, that opening up to Ryan, trying to make that connection with him.

AX: Is THE FOLLOWING’s creator Kevin Williamson still as hands-on as he was?

ASHMORE: No. Alexi Hawley and Brett Mahoney here [Ashmore indicates both men, who are standing nearby] are our new show runners. So Kevin has moved on in a sense. These are still his characters, this is still his show, but he’s off doing STALKER for CBS, and so these gentlemen have taken over. I think Kevin is still involved in the process, but really has allowed us to continue telling the stories that these guys want to tell, and I think they’ve stayed very faithful and loyal to the world that we’ve created and that Kevin Williamson created in the first two seasons. So it was a really easy transition, a nice transition.

ASHMORE: Honestly, THE FOLLOWING is full-time right now, just working away. In April, I’ll start thinking about the next thing.

AX: What would you most like people to know about THE FOLLOWING Season 3?

ASHMORE: I think Season 3 is going to continue to the twists and turns that people have come to know and love on the show, and also, I think that there will be a new level of depth to the villains that are coming up this season. I think they’ll be very worthwhile if you tune in for another crazy ride.