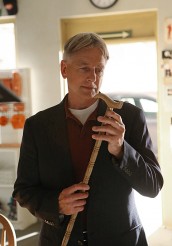 The actor/executive producer talks both mother ship and new series 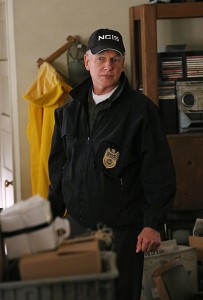 Mark Harmon stars as Leroy Jethro Gibbs and is one of the executive producers on CBS’ NCIS, now in its twelfth season, Tuesdays at 8 PM. Harmon is also not only an executive producer on the new NCIS spin-off, NCIS: NEW ORLEANS, which airs Tuesdays at 9 PM, he also helped turn the premise from a two-episode arc on the parent show into its own series.

“Gary doesn’t actually talk about storylines very often with me,” Harmon says, “so I pay attention when he does, when he says, ‘This is kind of what we’re thinking about this year.’ We all knew about the New Orleans office. We know more about NCIS as an agency than I did eleven years ago or twelve years ago. So the fact that there was this office that offered this location and the excitement that Gary had and the idea of really highlighting this office – as we talked about it, it was just so glaringly obvious that there was a lot more in here than two hours.”

At a party thrown by CBS for the press, Harmon talks about the NCIS mother ship.

ASSIGNMENT X: Do you have whiplash in going back and forth between your acting and producing hats, or are you entirely used to that by now?

MARK HARMON: You know your partner, the partner your work with. My job on this show on this show hasn’t changed since Day One. We’re all involved, we all take part, we all keep the door open. That’s how we work and this is part of that. 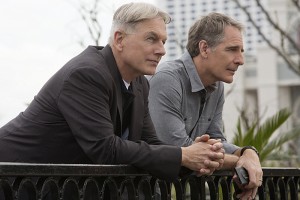 AX: When Ralph Waite passed away in 2014, the NCIS eleventh-season finale, “Honor Thy Father,” was built around memorializing his character Jackson Gibbs, the father of your character Leroy Jethro Gibbs. Were you instrumental in crafting that episode?

HARMON: Only in that I got a call from Ralph’s son and went to Gary right away and the writers and we discussed options.

AX: Were you pleased to see the way so many plotlines were wrapped up in that episode?

HARMON: Well, I think it was a fitting tribute to Ralph, and done in a very different way, and certainly for us, a different kind of season ending. But again, you’ve got to give tribute to [writer] Gina [Lucita Monreal] and Gary and their idea to put that together like that, because it was an interesting year. We had a lot of different things going on this year that were handled very well and I think that’s great.

AX: Do you give Micah Owens, who plays Leroy Gibbs as a child, any tips to make him more Gibbs-like?

HARMON: If he wants them. He’s a young actor and I was certainly there and he was there and I met him and we talked, and it was kind of up to him to pick it up.

AX: At this point, it seems like if you all wanted to, NCIS could go on forever. Do you want it to go on forever?

HARMON: Nothing wrong with loving your job. I have the great pleasure every morning to get up and enjoy that drive to work and look forward to the people I work with, and I think many of us share that, and I think that’s rare. I’ve been in this business long enough and worked enough jobs to appreciate that. And so as long as this creative process is growing and people are excited by that, as we are at the moment, we’ll be doing it. But it’s not just one person – there are many involved in that decision and that process, and so I think as long as we keep a healthy perspective on it, that question is kind of open-ended.